“This Republic had its beginning, and grew to its present strength, under the protection of certain inalienable political rightsâ€”among them the right of free speech, free press, free worship, trial by jury, freedom from unreasonable searches and seizures. They were our rights to life and liberty.

As our Nation has grown in size and stature, howeverâ€”as our industrial economy expandedâ€”these political rights proved inadequate to assure us equality in the pursuit of happiness.

We have come to a clear realization of the fact that true individual freedom cannot exist without economic security and independence. “Necessitous men are not free men.” People who are hungry and out of a job are the stuff of which dictatorships are made.

In our day these economic truths have become accepted as self-evident. We have accepted, so to speak, a second Bill of Rights under which a new basis of security and prosperity can be established for all regardless of station, race, or creed.

The right to a useful and remunerative job in the industries or shops or farms or mines of the Nation;

The right to earn enough to provide adequate food and clothing and recreation;

The right of every farmer to raise and sell his products at a return which will give him and his family a decent living;

The right of every businessman, large and small, to trade in an atmosphere of freedom from unfair competition and domination by monopolies at home or abroad;

The right of every family to a decent home;

The right to adequate medical care and the opportunity to achieve and enjoy good health;

The right to adequate protection from the economic fears of old age, sickness, accident, and unemployment;

The right to a good education.

All of these rights spell security. And after this war is won we must be prepared to move forward, in the implementation of these rights, to new goals of human happiness and well-being.

America’s own rightful place in the world depends in large part upon how fully these and similar rights have been carried into practice for our citizens. For unless there is security here at home there cannot be lasting peace in the world.

One of the great American industrialists of our dayâ€”a man who has rendered yeoman service to his country in this crisis-recently emphasized the grave dangers of “rightist reaction” in this Nation. All clear-thinking businessmen share his concern. Indeed, if such reaction should developâ€”if history were to repeat itself and we were to return to the so-called “normalcy” of the 1920’sâ€”then it is certain that even though we shall have conquered our enemies on the battlefields abroad, we shall have yielded to the spirit of Fascism here at home.”
-President Franklin D. Roosevelt, State of the Union Message to Congress
January 11, 1944 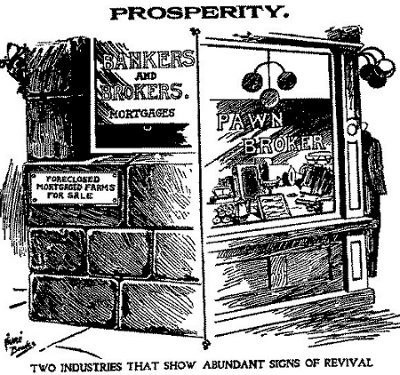 When FDR spoke these words 67 years ago, The American people had just come through two of the greatest traumas of our history. The great depression shattered the lives of millions and exposed the unaccountable power held by banks and industry over the lives of individuals. The rise of totalitarianism in Europe and Asia sparked a conflict that threatened to burn the entire world.

History never repeats, but it does rhyme. Our current economic catastrophe is mild in comparison to the Depression, and the two wars we find ourselves embroiled in are smaller in scale than the wars in Europe and the Pacific. This doesn’t matter much to the newly homeless family or the newly dead soldier. A tragedy on a more limited scale is no less of a tragedy, and is even moreso if it is preventable. Today, as then, people are wondering “is this really the best of all possible worlds?”

Some of us are convinced that it is fine for the very wealthiest to continue to consolidate power and capital and use that same power to influence, with almost no regulation or oversight, the political process. The basic idea is that this is a world of winners and losers, and if you can’t make it, that’s your fault. I got mine, now screw off. Shockingly few of those who espouse this philosophy are billionaires. Most are as firmly entrenched on the “loser” side of this equation as their foes on the left. The difference is a dogmatic faith that things are gonna turn around and if they just work a little harder, give up a little more, they will be up there on top of the pyramid. Anything that goes wrong for them is the fault of government overreach. And still the carrot is raised higher.

â€œMany came to this land
and some stayed.
As for those who did not,
God grant that they found greener pastures.
As for those who dug in and survived,
their names are familiar to you,
are your own, in whole or in part,
the names of your children.â€

Oklahoma, of all places, should support a movement for more social and economic equality. Oklahoma is a place founded by the â€œmud-sill classâ€, the harassed and expelled, refugees and fugitives. To be an Oklahoman is, as often as not, to be the descendant of someone America didn’t want- former slaves, inconvenient natives, border state crackers, refugees, moonshiners, outlaws. If you pick up a map of the United States and shake it, all of the loose pieces land here.

This isn’t an anti-free market message. We don’t live in a true free market. The overwhelming power of the east coast banks is the result of hidden subsidy. I personally have no quarrel with the small businessman or the community bank. The problem I have is with those who have concentrated so much wealth and power that they can exert an outsize influence on the lives of all Americans without any recourse or responsibility. The push for greater social justice isn’t about destroying anything. We’ll leave the plunder to the banks. We want renewal. Our rural communities are dying, our environment has been raped and plundered, the God that our ancestors saw in the awesome power of nature has been replaced with a laser show and a fake waterfall.

We can stay on the path of alienation and consumption, but we know where that leads. We can let Western Oklahoma pack up and blow away, we can let Eastern Oklahoma get buried in cancerous ash, we can let Tulsa go back to being an elitist playground for the super rich and OKC can go back to being Dallas Jr. I don’t want that, and I don’t think that most Oklahomans do either. There is another path.

â€œ…and art followed hard on art.
Labor triumphed over every obstacle,
unrelenting Labor,
and Want that pinches when life is hard.â€

Oklahoma has no poverty of skills, intellect, or resources. Everything we need to make a better world is at our fingertips. We can feed the rest of the country, surely we can feed our neighbors. We can pull energy from deep in the earth, surely we can pull it from the sun and the wind. We can export our young people to the coasts, surely we can offer them something to believe in closer to home.

Our state motto, â€œLabor Omnia Vincitâ€, is from a poem by the Roman poet Virgil, written to encourage more Romans to return to the land and be farmers. Our agrarian character is at the root of our shared culture. It’s enticing to think of life as a game, with winners and losers determined by skill and virtue alone, but farmers know better. The sun beats down just as hard on the virtuous as on the wicked, and no amount of hard work or education or bootstrap pulling can make the rain come. One of our political leaders said last year â€œI don’t know about you, but I’ve never been offered a job by a poor personâ€. For these people, your bottom line is all the evidence they need to decide if you’re a worthwhile person. We need to remember that we’re worth more than the balance of our bank accounts, and that, as Woody sang â€œI ain’t gonna be treated this wayâ€.

We need FDR’s Second Bill of Rights. We need it now.