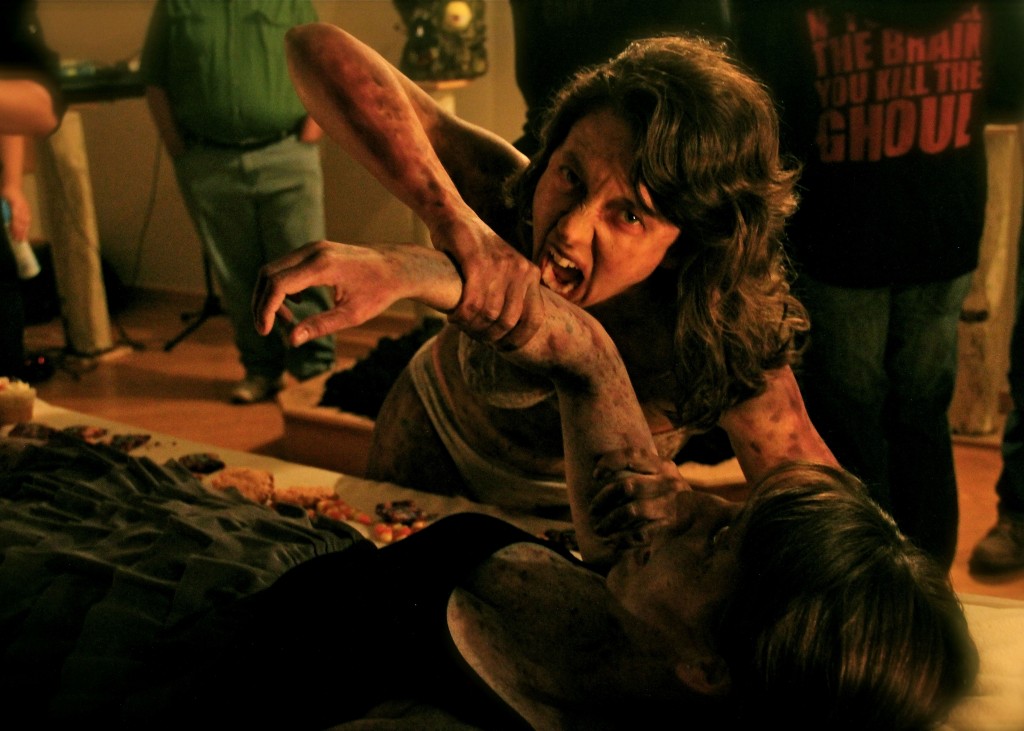 [Contributing writer, Daniel Page, pens a follow-up to last week’s preview piece of the art event Horrorgasm: Pain, Pleasure, and Decadence in the Heart of Norman.]

The Form and Function Lab in Norman is not a scary place under normal circumstances. It is located between Forward Foods and McNellie’s on Main Street. Residing above these beloved local establishments, Form and Functions Lab can be reached through a glass door, up a staircase into a well-lit hallway with hardwood floors and white walls dotted with art. Upon arriving on Saturday night, it was unrecognizable. Gone was the clean, natural light, and even the feeling you were entering an art gallery. It seemed as if we had stepped into another world, a world where one could venture down a dark alley in an unwelcoming city and find a staircase lit only by the eldritch glow of burning candles.

On the way over, my brave companions and I weren’t completely sure what to make of our situation We had finished what we referred to as “gonzo tailgating” the OU-Ball State game, in which we took photos, played beer pong with fraternities, and in general engaged in the carnival atmosphere of OU football pre-gaming [Insert Tom Wolfe-ian shameless plug about tomorrow’s photo essay here: OU Football! Tailgating! Photos! Inebriation! Whoooooa!!! ].

If what was going on around Lindsey Street was a carnival, what went on down that dark alley and up those stairs was…not a carnival. It was Horrorgasm, the first of what the organizers hope will become an annual celebration of the erotic, the neurotic, and the downright creepy in the Oklahoma art world. “To call it odd would be an understatement,” Brian, our Oklahoma football guru and guide to the tailgating experience, said about the event. As we entered the studio, we felt particularly out of place, as we were still in our Oklahoma football gear, not realizing we should have changed out of our undercover crimson and cream. We were welcomed with open arms, nonetheless, as Erin Elise showed us around the studio, introduced us to the corpse in the center of the room, and showed us the bathtub full of free beer and glowsticks. Then, Pabst Blue Ribbons in hand (Frank Booth would be proud), fellow okc.net writer Helen Grant and I began to look around at the art. Elise showed us her three pieces in the exhibition; the vagina dentata piece mentioned here last week was subtler than I was expecting, but perhaps that was for the best. 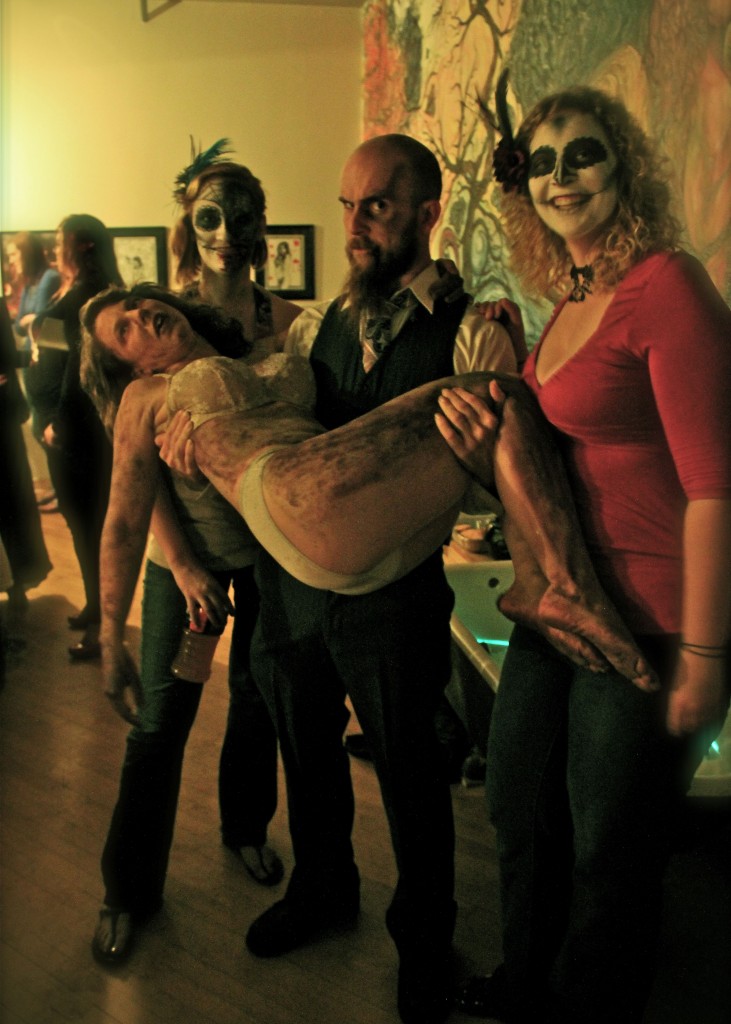 In general, the art was much more subdued than I perhaps led to you believe last week; I thought it would be a more lurid artistic experience. Instead, it was very Gothic (in a Victorian literary sense, not in a 90’s vampire kids sense), but also even maybe a little bit silly and light-hearted in its celebration of the horror subculture and all the campy, messy things that go with it. Horrorgasm was small this year, and perhaps the attendance would benefit from being scheduled not during an OU home game, but nonetheless, it was a refreshing and enlightening showcase of the transgressive art scene in the metro area. 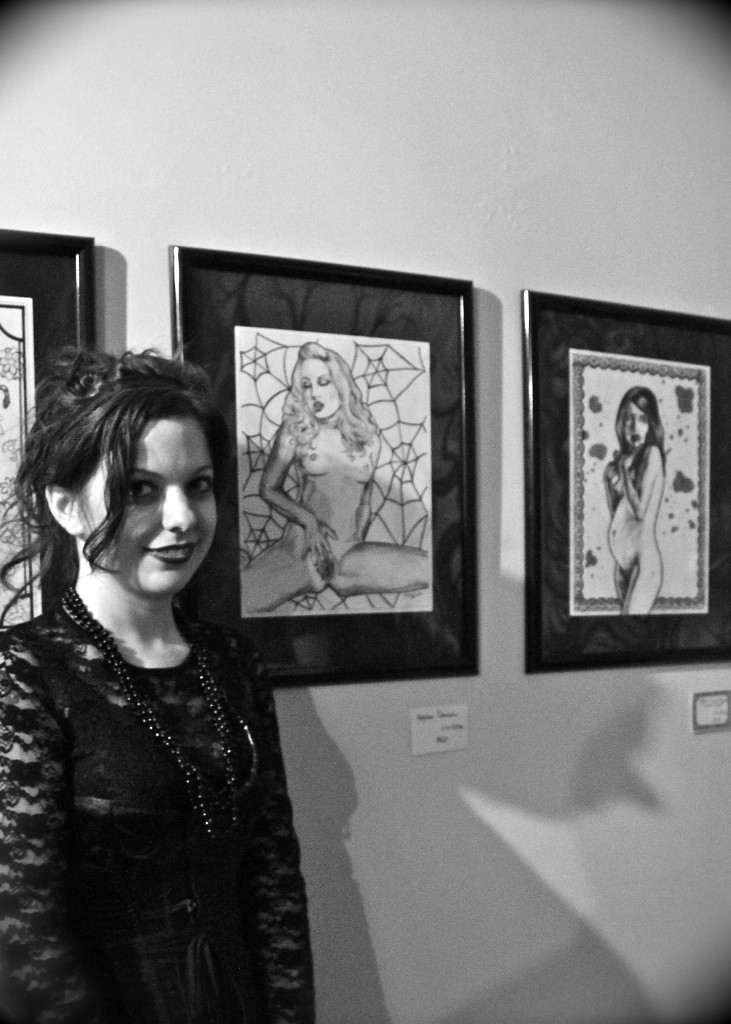