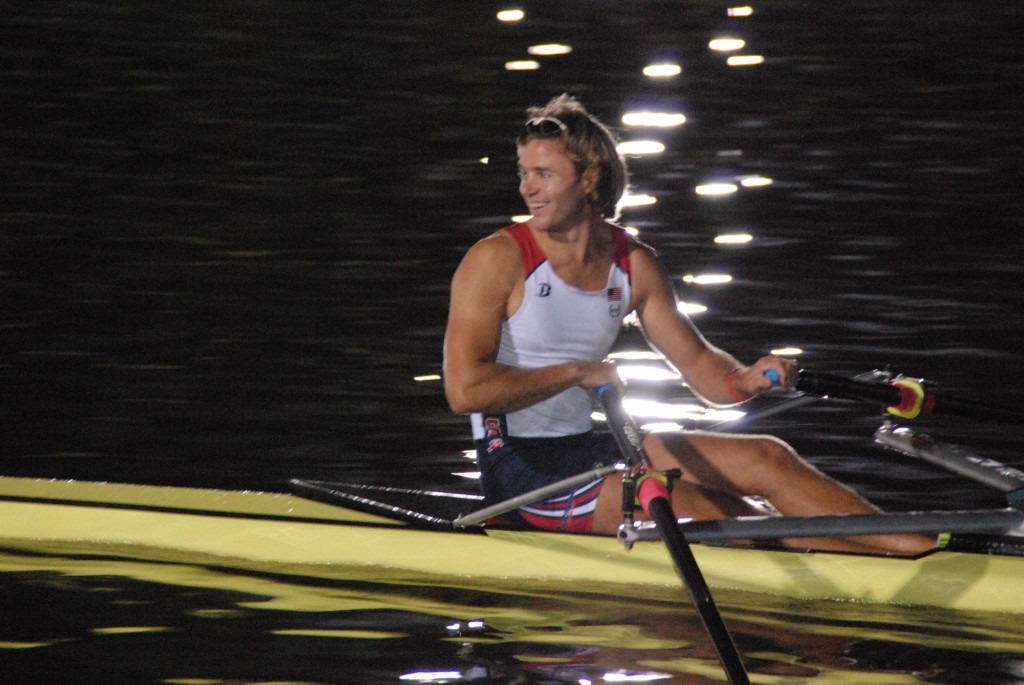 Rower at the Oklahoma Regatta- photo by Patricia Smith

The Oklahoma Regatta Festival kicked off this past Thursday Night at the Chesapeake Boathouse with sumptuous food/drinks, fireworks, and music that serenaded â€˜World Class Athletesâ€™ from Germany, Italy, Canada and the United States as well as many Oklahoma VIPâ€™s. It was a beautiful evening for a meet and greet with world athletes and their patrons. Many of these world class athletes train right here in Oklahoma City at the OKC High Performance Center, the official training site for Team USA. 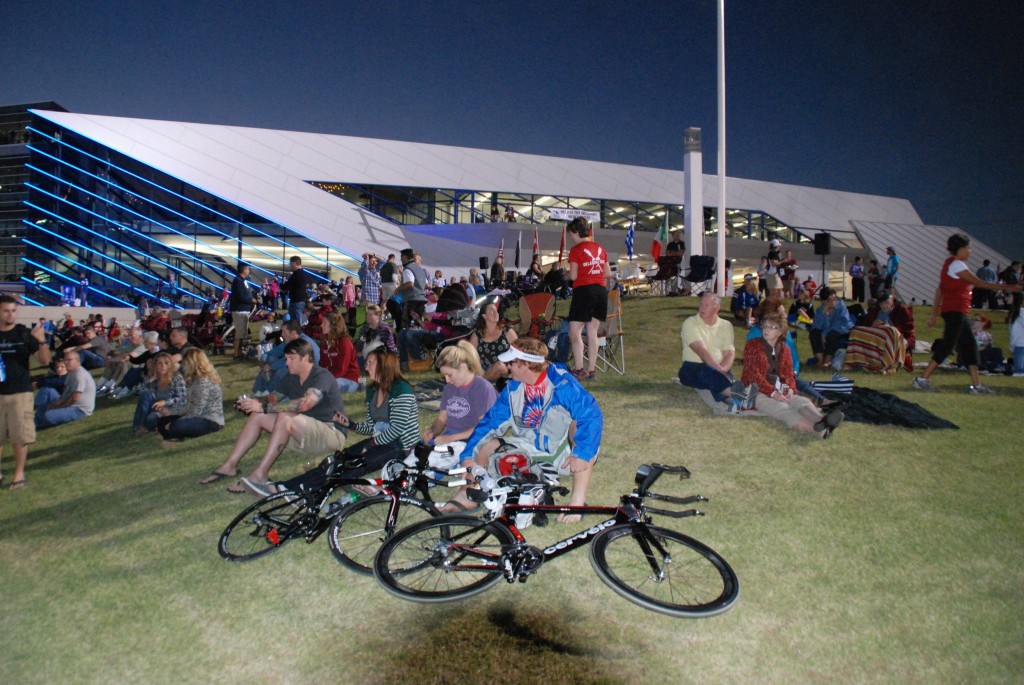 Festivities at the Regatta Festival- photo by Patricia Smith

Sunday was the last day of this 4-day event. Attendees have enjoyed professional racing, corporate rowing, kayaking, dragon boating, stand up paddle boarding and many family fun activities, including a zip line, rock climbing, inflatables and more. Cuisine from some of Oklahoma Cityâ€™s finest restaurants was featured, including contributions from Deep Fork Grill, Trattoria Il Centro, Cheevers, and Jolly Trolly. Each evening ended in a spectacular display of fireworks that sparkled over the river. 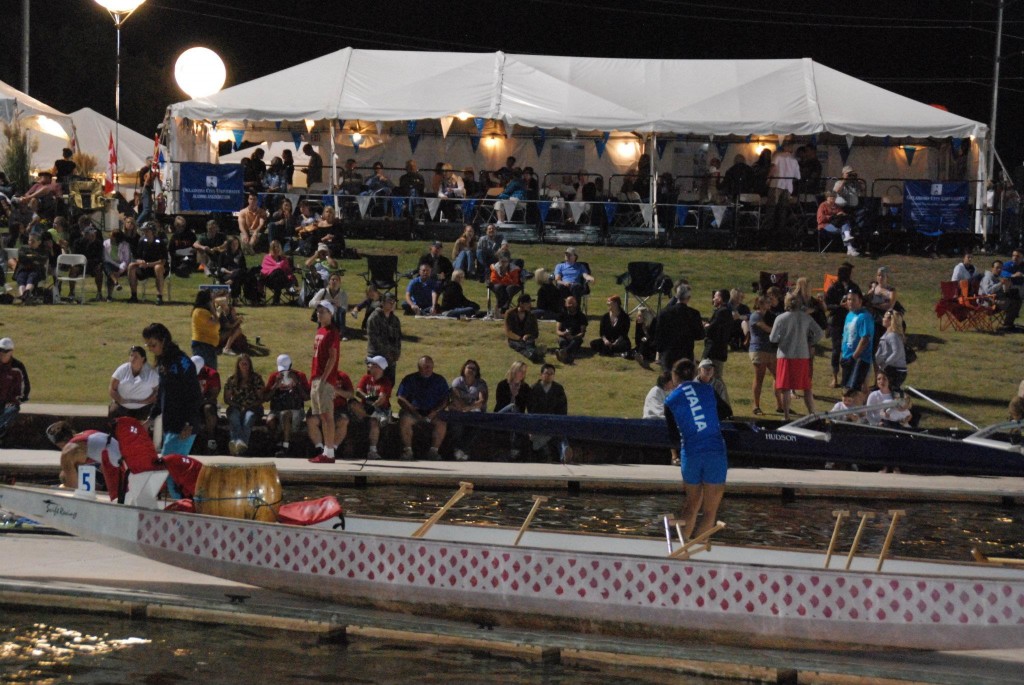 Oklahoma City has become an international venue for Olympic rowing over the past several years. The athletes that were competing against each other: the Germans, Italians, Canadians and USA teams were all very competitive and world class champions striving to make their perspective teams in the next Olympics. It was such an exciting exhibition to watch as they rowed at speeds that exceeded 16 mph. The professional teams were lightning quick. 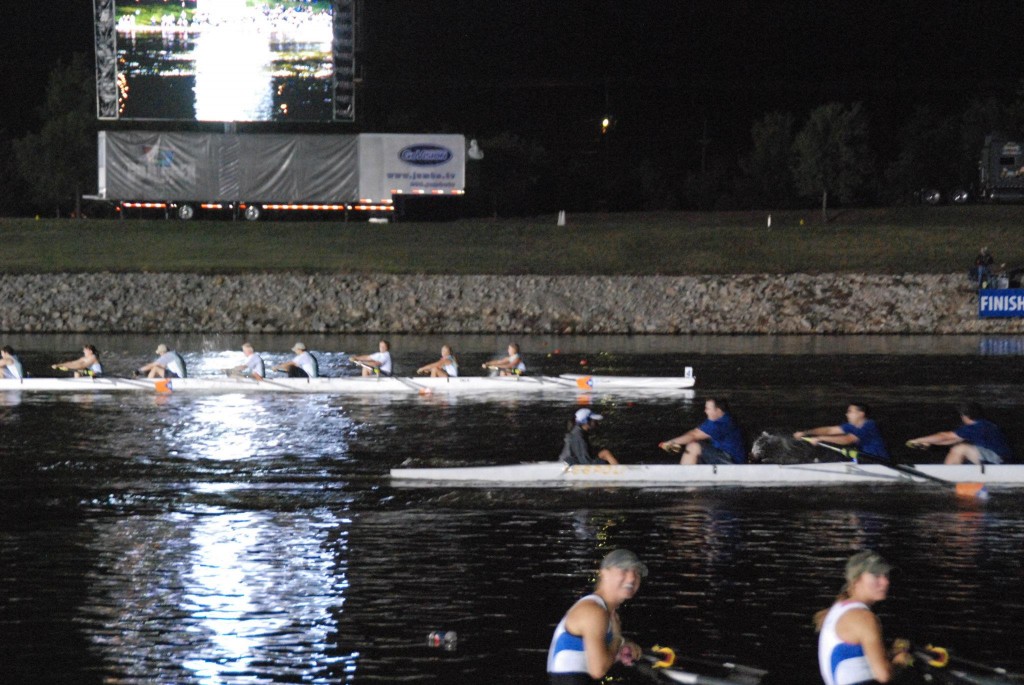 I had a chance to meet Team Italy and their American liaison when they stopped and posed for a picture at the entrance of the venue for OKC.NET.Â  On Friday, the Italian team transformed from the warm, friendly young people I met Thursday into a lean, refined rowing machine. On Friday evening, during one particular race—the Womenâ€™s Double 500m; the German team placed 1st. The USA â€“ Team #1 came in 2nd; Canada 3rd, USA Team #3 came in 4th and Italy was only able to place 5th with USA Team #2 rounding up at the last position . There were several other races; however, where the results were completely reversed. These world-class athletes exhibited extraordinary and phenomenal strength and talent, and I was struck that any given team could win any given race. 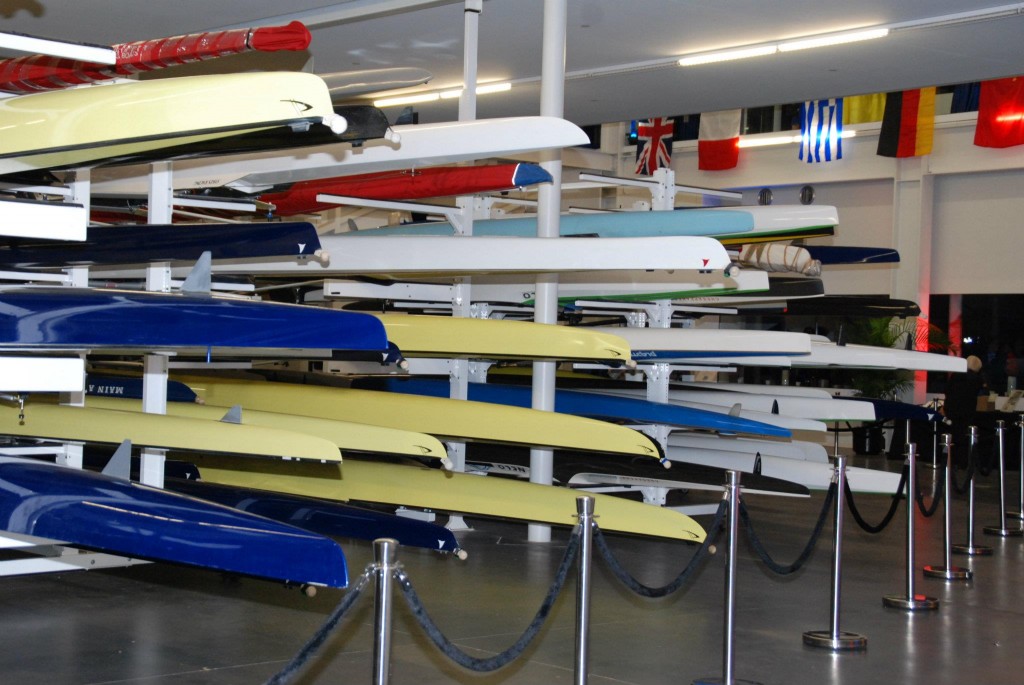 rowing shells in the boathouse

Okc.net was also able to visit with the Canadian menâ€™s double team. They both were from the British Columbia province of Canada. The Canadian team shared how excited they were to be training at Oklahoma Cityâ€™s World Class Rowing Center and were hopeful to represent their country at the next Olympic games.

Oklahoma City patrons cheered all the teams on. A few of the team members had their own personal cheering sections. The corporate teams / dragon boat racing teams were comparatively slower than the professionals; but just as entertaining. 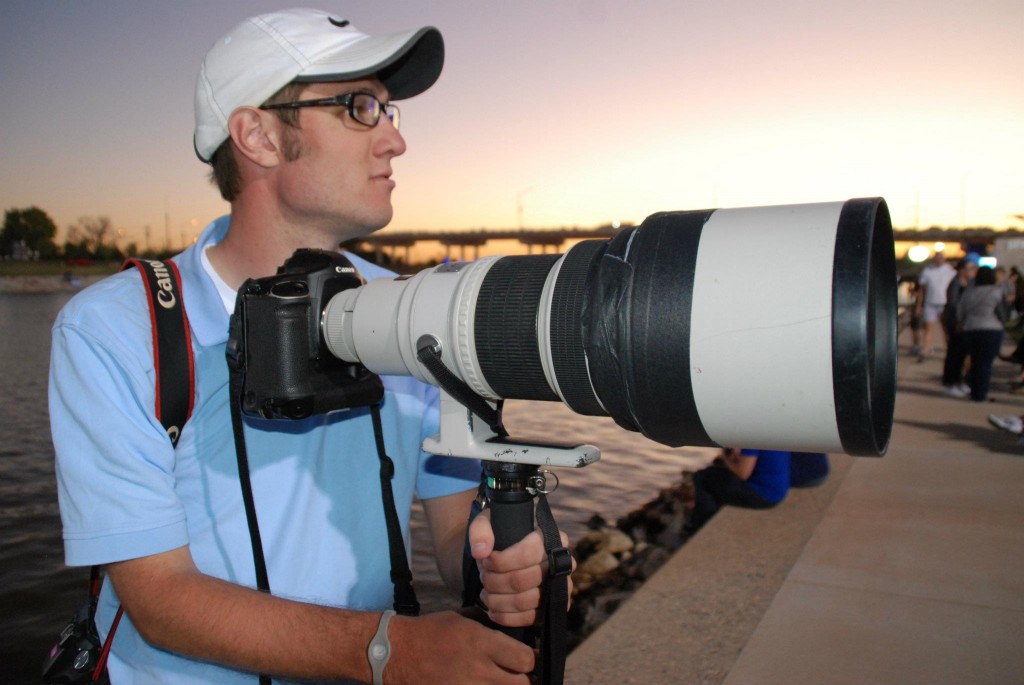 This was an ideal photo opportunity for professional and non-professional photographers alike—from point and shoot cameras to professional cameras with telephoto lenses attached. Local television stations were on hand also to broadcast live on giant outdoor screens on the opposite side of the river; while interviewing many of the teams that had won/placed in the races. 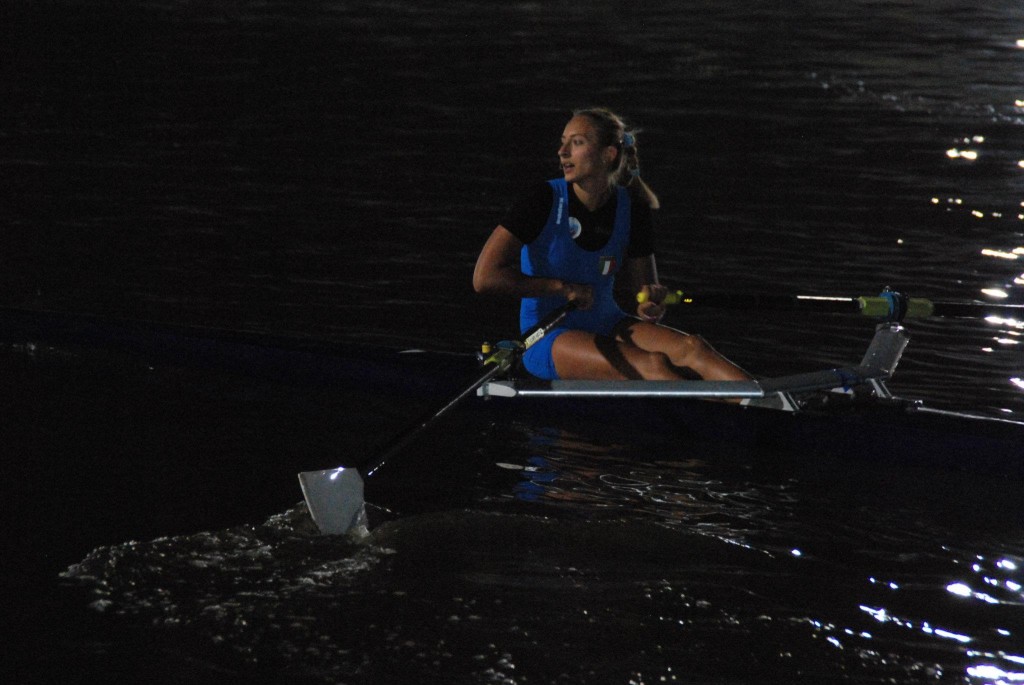 Events like the Oklahoma Regatta Festival as well as our ability to attract an international audience testify to the phenomenal recent growth of our city. It was an exciting, exhilarating experience, and it’s an exciting time to live in OKC. 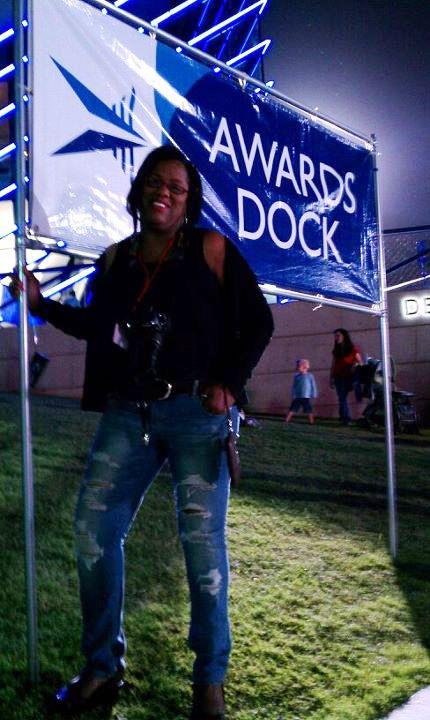 New OKC.NET contributor Patricia Smith is also a reporter for CNN and The Black Oklahoman.