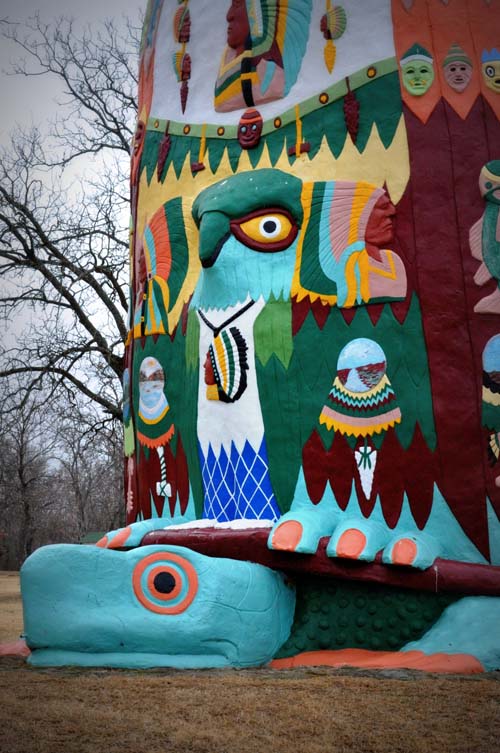 The urge to create massive works of folk art out of scrap and concrete is a uniquely American tendency. There may be the occasional Aussie building a massive Dropbear out of railroad ties somewhere in Queensland, but no nation on earth has a higher density of eccentric backyard sculpture than the USA. This is the nation that gave the world the Corn Palace and the Watts Towers and the Blue Whale (to be featured soon in these pages). Whether this is a good thing or a bad thing depends to a great degree on your aesthetic tastes, but because I’m not a pretentious twit, I love it. I’m a restless eccentric myself, so I can completely identify with the impulse to create such a thing. Unfortunately, I’m also not very handy and also terrible at sculpture, so I have to leave it to the experts.

One such expert was Ed Galloway (1880-1960) who stopped into Foyil, Oklahoma for the night and stayed for the rest of his life. He spent 20 years teaching woodworking to orphans in Rogers County, which is so endearing that it threatens to tip this story into Hallmark Channel Original Movie territory. After he retired, Ed, like most self directed eccentrics, was bored with the pastoral pensioner’s life, so he naturally decided to build a massive concrete totem pole on his property. 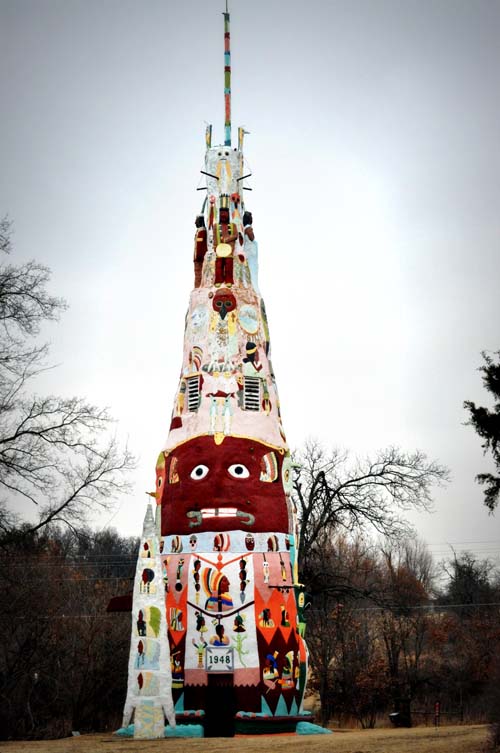 The largest of his totem poles is six stories tall, made entirely from scrap metal and concrete, and covered with bass relief details, mostly in a sort of mid century, pre political correctness native american motif. Of course, these days we might look askance at an old white guy building a cartoonish tribute to the local native american tribes in his back yard, especially given that none of the local tribes build totem poles. I don’t think we can apply that standard to Ed, however. I can’t detect even a trace of malice in any of his sculptures, and remember that these were built during a time when far more than a trace of malice would have been considered quite culturally acceptable (although perhaps less so in far northeast Oklahoma). Remember, this guy taught woodworking to orphans for 20 years. He just doesn’t strike me as the bigoted type. 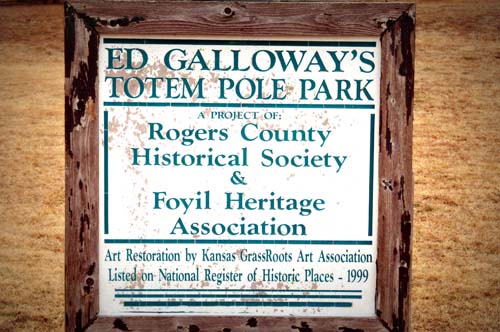 The Park was saved from decay and desertion by local preservationists. photo by Natalee Dobbs

One of the reasons more people don’t know about Galloway’s remarkable project is that it isn’t directly on Route 66. The mother road passes a few miles south of Foyil, which leaves Totem Pole Park as the sort of undiscovered gem that lovers of tourist traps and roadside stops treasure. In the 1970s and 1980s, however, the park was a little too undiscovered, or rather it was discovered by the elements and vandals. Thankfully, local preservationists have taken on the task of maintaining and restoring Galloway’s vision. At last visit, the park looks remarkably well loved and cared for. 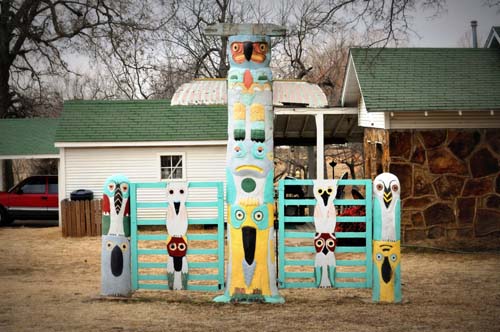 Artfully crafted structures fill every corner of the grounds. photo by Natalee Dobbs 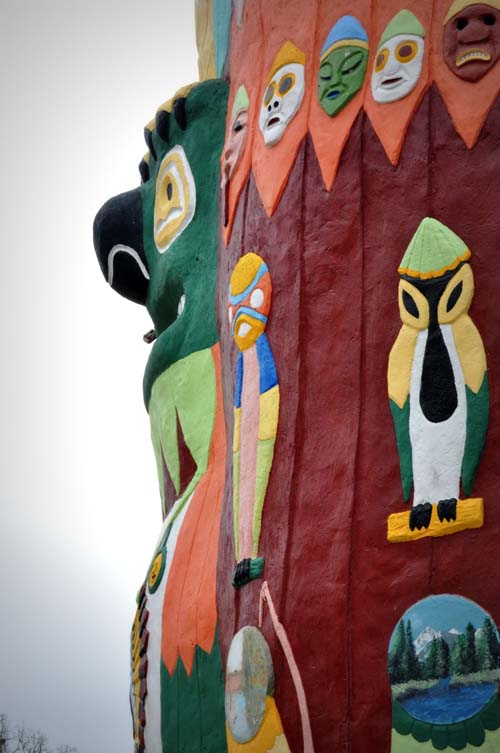 Profile of one of the totems- photo by Natalee Dobbs 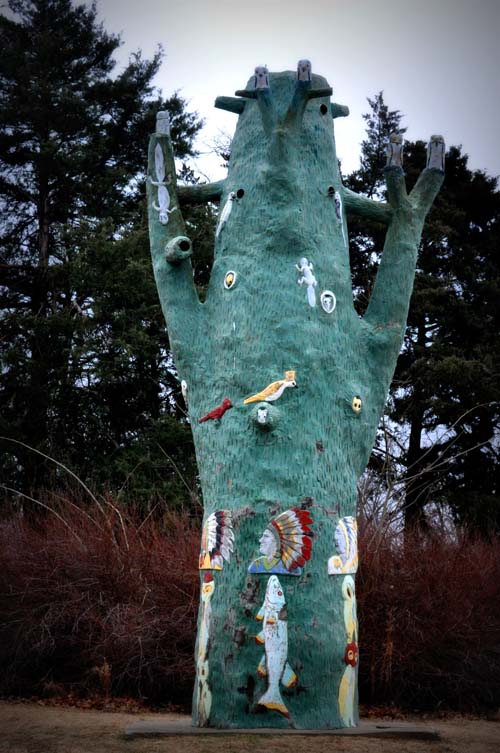 Only God (and Ed Galloway) can make a tree. - photo by Natalee Dobbs

After his wife gently ribbed him with a paraphrased couplet from the Joyce Kilmer poem Trees:

Ed took it as a challenge and built a concrete tree, full of holes for birds to live in. Let’s count the number of things in just this one anecdote that would probably not happen today: 1) someone quoted a poem 2) someone mocked their partner with a quote from a poem 3) rather than getting all passive aggressive about it or kicking it down the road to the next couples counseling session, the partner responded by building her a giant concrete tree…which is also a birdhouse. This was when he wasn’t sculpting massive totem poles, carving entire tree trunks, or building a cottage to house the many musical instruments he built. I think this guy was kind of remarkable. 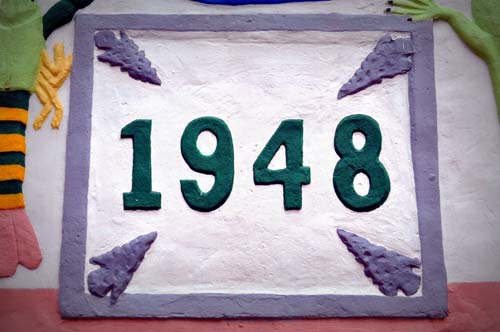 The year of completion. Galloway passed away in 1960. photo by Natalee Dobbs