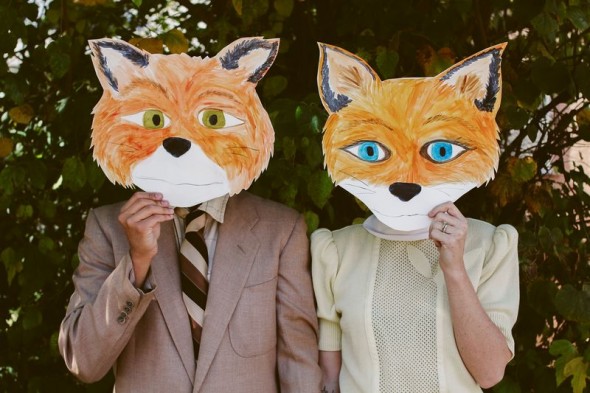 You might say I find it “fantastic” that there’s this very Wes Anderson-themed art show happening on Friday February 19th, 8:30 pm, at the Speakeasy, 1114 NW 51st, OKC.

I spoke with the man behind its conception, James Nghiem, to get a feel for what the event will be like and what to expect. You see this is to be an immersive environment that asks attendees to navigate this “Life Aquatic” for a moment by dressing up with the rest of the team. 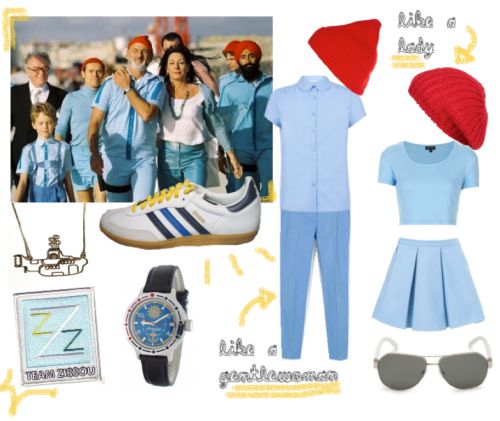 OKC.NET: How did you come to host this kind of art show and did the concept arise after some discussion with fellow Anderson aficionados?

NGHIEM: The last art show I helped organize at the Speakeasy was Street Fighter themed. It was just something I was putting together with some friends. It was kind of a random idea. I honestly got so busy with work and the other things I do in my life, I almost canceled it. But on the night of the show, the response was so enthusiastic. The entire top floor was full. It was a mega diverse crowd. All kinds of different people, looking at art and playing street fighter, smiling and exuding a real energy. I kind wanted to do a follow up show to that, but I wanted to do something different. At first I was going to do Bill Murray vs. Tom Hanks, but then I kind of settled on a Wes Anderson show because I thought the cosplay possibilities would be really cool and people could get really into it. 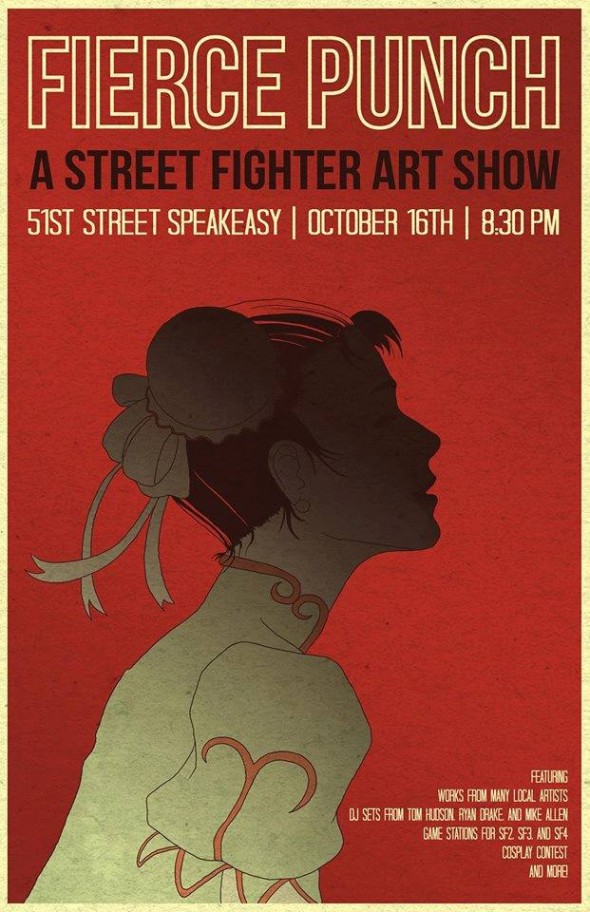 OKC.NET: Who are some of the artists you selected for this show and why did you pick them?

NGHIEM: My selection process from the get go is really random. I feel like Oklahoma can get kind of stagnant and creative scenes in this state in particular are susceptible to that; whether it be film, comedy, music or visual art, everything can become really insular really fast. Iâ€™m trying to pull artists from all over. I want to shuffle the deck. I want people to come out, look at some art they wouldnâ€™t normally see, meet some new people and have a good time. I donâ€™t have a lot of examples to show you. Mike Allen has been helping me out a lot. Hereâ€™s some posters that he did, and some paintings of personified constellations. Iâ€™ve helped organize four art shows, heâ€™s kind of a staple at this point of anything Iâ€™m helping put together. Byce Sulaitis and Keela Marquardt are two other artists that are basically at every show I put together.

OKC.NET: What are some elements of his cinematic style that you wanted to put in the show?

NGHIEM: The whole vibe of the Speakeasy remodel feels very cinematic. We didnâ€™t plan it that way, but looking at all the paisley wallpaper, I was thinking, â€œthis is perfect.â€ We have music upstairs and downstairs. Some acts in particular, I picked because they fit the vibe Iâ€™m going for. Ivan Pena will be playing upstairs. He plays a unique style of acoustic Jazz that I think is going to be really fun. Also, like with the Street Fighter show, Iâ€™m encouraging people to dress up for the occasion. With the scenery, music and people running around like Wes Anderson characters, Iâ€™m hoping at some point in the night, like it feels like youâ€™re in a living movie.

OKC.NET: What is your favorite Wes Anderson Film?

NGHIEM: Rushmore and Moonrise Kingdom. Itâ€™s a toss up.

OKC.NET: What is your favorite scene (from any of his films) and why?

NGHIEM: All the weird movies and plays that Jason Schwartzmanâ€™s character makes in Rushmore. I like that weird inaccessible kind of uncomfortable vibe that that kid puts out during those scenes. I guess I relate to making stuff thatâ€™s hard to take seriously sometimes, but Iâ€™m totally serious about it. That kid, man. 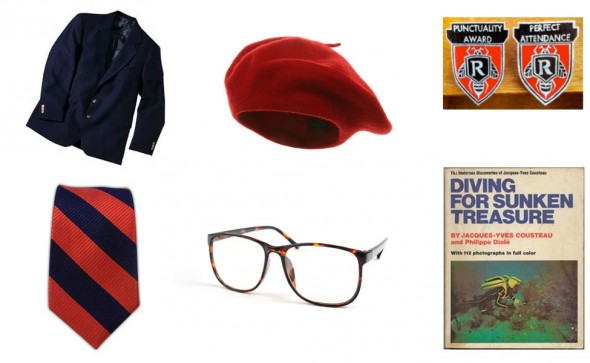 OKC.NET: Which is your favorite Wes Anderson character (or characters) and why? Flip side: Which character do you find most obnoxious?

NGHIEM: Jason Schwartzmanâ€™s character in Rushmore. Heâ€™s such a kid but doesnâ€™t know it. But heâ€™s gifted too. Itâ€™s like he suffers all these misfortunes because his soul is older than his body.

OKC.NET: Which of his films do you think is the most underrated?

OKC.NET: In line with quirky characters, who are either coming of age or realizing their full potential or what it means to connect to other human beings, what are some of the costumes you hope people will dress up as and will you have a photo booth?

NGHIEM: I honestly want to see some Fantastic Mr. Fox stuff. I just want to see people commit. I say that, watch me show up in a hoodie like a scardy cat.

OKC.NET: Anderson has an ear for using music in his work as if itâ€™s also a part of the set, so with that in mind, how does this influence the music that will be played at event?

NGHIEM: We have a stacked line-up on both floors. I want people to move throughout the space throughout the night. Downstairs we have The So Help Meâ€™s, Jose Hernandez (Full Band) and then Mike Allen is DJing to close out the night. I think he has a vibe in mind thatâ€™s specific for the show. Iâ€™m interested in seeing what he does. Upstairs, we have Ivan Pena, whom I mentioned before, and Ben Frantz and The Calico band. I think theyâ€™re going to fit the vibe pretty nicely. Upstairs Wes Anderson show. Downstairs general good time shoe.

OKC.NET: Do you feel hosting this at the Speakeasy instead of an art gallery gives the event a kind of ambiance not likely to be found elsewhere in OKC?

NGHIEM:Â  Yes. Like I said earlier, I want to shuffle the deck. I want people to meet people. Art is for people to enjoy and sometimes, I think other shows are kind of intimidating to the general public. This will be a pretty accessible show, which hopefully, inspires people to go to more art shows or create their own shows with their own vibes. Thatâ€™s what I want.

OKC.NET: The event says there is no cover, only that you have to be 21 to attend, but will all the art be for sale or is some of it going to be marked â€œNot For Saleâ€ too?

NGHIEM: Some art will be for sale. Nobodyâ€™s taking any commission so, people will have to make deals with artists themselves. 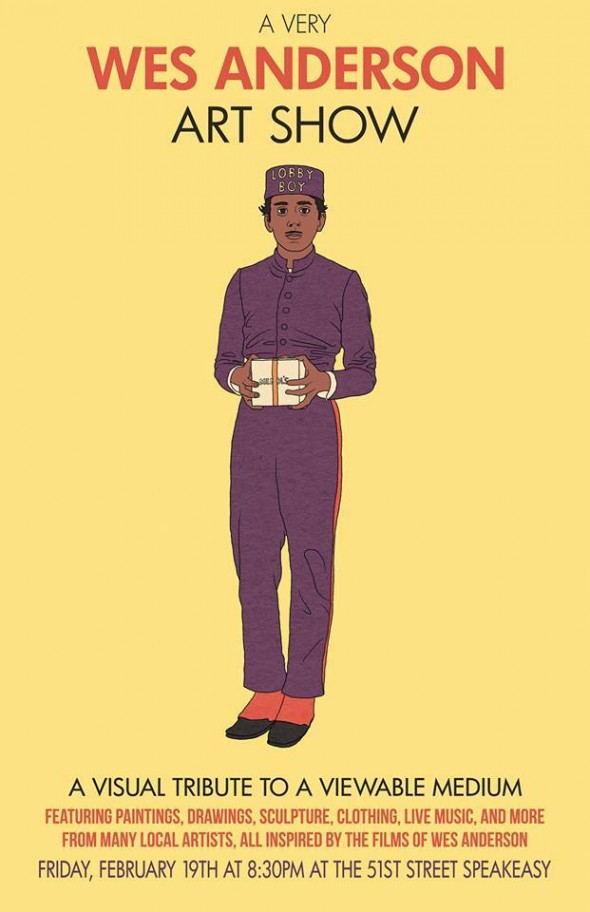 For up-to-date news on the event or ask the organizers questions, please refer to this link.