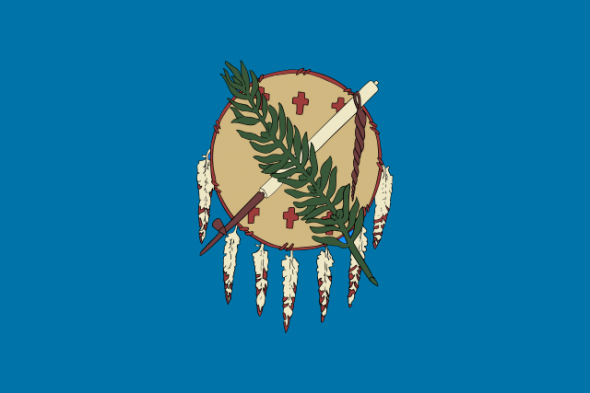 You should not vote for Mary Fallin. You should actively vote against her, just out of spite if necessary. Mary Fallin is the first governor in my lifetime who cares more about her own political fortunes than the state of Oklahoma. I am not being hyperbolic. All the evidence you need is in the public record. Mary Fallin’s signature achievement is denying federal money for medicare expansion, a policy decision that hasÂ immiserated countless Oklahomans who need help desperately. You can read (thanks to a lawsuit) the conversations within the Fallin camp that led to this decision. The actual interests of the people of Oklahoma are almost never mentioned. Instead you have evidence of what is essentially a corporate branding campaign, seeking to raise Fallin’s profile in the national GOP. Our governor is more interested in whether she can claim to be more conservative than other governors than whether she can help the people who elected her.

This should not surprise anyone. Actual governance is not Fallin’s strong suit. The governorship as she has occupied it has been a rubber stamp for the legislature, making it essentially worthless as a branch of government. The executive actions she does take are rarely more than political grandstanding. Remember when she ordered the National Guard to not process partner benefits for gay and lesbian service people, and later shut it down for everyone? The practical impact of this decision was limited and petty, but the message was clear. Fellow Oklahomans who had sacrificed plenty to serve others, were told in no uncertain terms that the state government would rather pander to cable news pundits than provide basic services. That is unacceptable.

Our state is a beautiful, wonderful place, but it needs help in a lot of areas. Our education system is so underfunded that teachers can barely do their jobs. Our infrastructure is literally crumbling.Ask the people of Purcell and Lexington who, because of an aging and dangerous bridge, had to drive miles out of their way to get to a town so adjacent that they could walk there. Southeast Oklahoma is one of the five “persistent poverty regions” in the country. These are regions where, as the name suggests, poverty persists for generation after generation. Two of the other regions on that list are the Mississippi Delta and a wide swath of Appalachia. That is the sort of poverty that exists in one of the most beautiful corners of our state. More women are murdered by their partners in Oklahoma than in any other state. STDs and unplanned teen pregnancy are endemic. In the face of these dangers and challenges, Mary Fallin insists that everything is going great. For some of us, it is going great. For a lot of other people, things are bad and getting worse. Mary Fallin and her cronies believe strongly in helping the former and not at all in helping the latter.

I and a lot of my friends lean further left than the Oklahoma Democratic Party. Some folks have expressed frustration with our candidate, particularly with his stance on abortion. I get that. I also think that if you care about reproductive rights, Joe Dorman will at least hear you out. Mary Fallin would send you packing without a word. If you are a one issue voter and your one issue is a hot button culture war wedge, I suggest you vote for the Libertarian. If you look at the list of problems Oklahoma faces above and you want someone who will try to solve them, Joe Dorman is your man. Dorman does believe in working for the people of Oklahoma. I have met the man and seen him speak, and I am confident of this. Mary Fallin went directly from a Townhouse in DC to the Governor’s Mansion. If Joe Dorman is elected, he will move there from Rush Springs, population 1,237. Who do you think is more representative of the average Oklahoman?

There is no more potent symbol of the state of our state than our crumbling capitol building. Our elected leaders are so short sighted that it took a near act of God to get them to pass a bill to keep the building they work in from collapsing on them. Clearly this is a hard group to keep on task. One of the jobs of the Executive branch is to provide leadership and direction. We don’t need a shallow careerist with presidential (or vice presidential) ambitions in that role. We need someone whose primary goal is to make the land we belong to as grand as possible. I’m convinced Joe Dorman is that person.

One comment to “Fallin Has Failed. Go With Joe”