Netflix has been a portal into the world of visual art for many individuals over the years. You can tell a lot about a person by their “recently watched” list. There’s a general dividing line in the types of movie chosen that could be placed in either two categories: violence or sex. Although some try to mix both. I am a lover not a fighter, so you can only assume which side I take when it comes to my entertainment.

The top movie I was enthralled with is a provocative foreign film called “House of Tolerance/L’Apollonide (Souvenirs de la Maison Close).” It takes place in an early twentieth century French brothel. MadamÂ Marie-France (NoÃ©mie Lvovsky) faces a dilemma as her business is on the verge of being shut down.Â  There are many issues that revolve around the story lines of these women: love, money, drugs, violence, taboos, and even death, but it is all femininely expressed. You get to peer into their relationships with each other and their clients. Also the use of color in the film is so exquisite. And as far as costume porn goes, these ladies wear garments that are delicately made and adorned. The scenes are lush and bring forth a soft Victorian elegance. The soundtrack, a modern take on the atmosphere, makes my heart skip a beat.

Moving closer to the present, we have a time period when man walked on the moon. In 1969, things were beginning to flourish and bloom when it came to opening the mind to sexier prospects. In the movie, “A Walk on the Moon,” a housewife, Pearl Kantrowitz (Diane Lane), is on the verge of death from boredom. That is until she makes the acquaintance of a man who can only be described as Tarzan or just simply a Golden God (a.k.a.Â Viggo Mortensen or if you go by his movie name: Walker Jerome). Walker is a hippie who sells colorful blouses out of his van. As luck would have it, Pearl’s family cabin happens to be near Woodstock. When Pearl meets Walker, she’s instantly moved by his charm. Day in and day out she is flooded with the thought of him, forgetting her loyal, family-man husband Marty (Liev Schreiber). Faking a headache, which I find ironic, she slips off to find this blouse man to explore uncharted territory. I must admit, I was moved to tears at how incredibly sensational it was when they first initiated their intimacy. At the same time, during her family’s summer vacation, her blossoming teenage daughter (Anna Paquin) is experiencing a lot of firsts, including her first french kiss. Oh, the wonder years.

Let’s move a little further into the future and a little closer to home: 1987, Norman, Oklahoma. Let us talk about a slightly different kind of sexy, the saucy one. The sexiest kind of character, in my opinion, is an audacious clever female charging full-force into womanhood.Â Danielle Edmondston’s (Juno Temple) sharp tongue can be off putting at first, but this girl’s M.O. is to put up a defense when the world seems to be against her. There are moments when she knows for a fact that her inner power will prevail. Not content to be patronized to by her soon-to-be Mormon stepfather Ray (William H. Macy), Danielle finds her mother’s, Sue Ann (Milla Jovovich), yearbook and sets to work trying to find her real father. As you might imagine for a girl who’s never known her real dad, Danielle wants nothing more than to find him and you get the sense that the only man she’ll allow to father her is her biological one. Her sidekick on this journey is a new school friend named Clarke Walters (Jeremy Dozier). His father Joseph Walters (Dwight Yoakam), while not absent in his life, is not exactly a nurturing father figure either, but Clarke’s mother, Peggy Walters (Mary Steenburgen), desperately struggles to keep their family from falling apart. We also discover Clarke’s mostly immune to Danielle’s charms because his own coming-of-age story revolves around his closeted sexuality. Together, this spicy duo will learn a thing or two about the world. Or, the world will learn a thing or two about them. 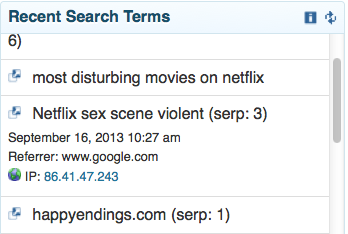