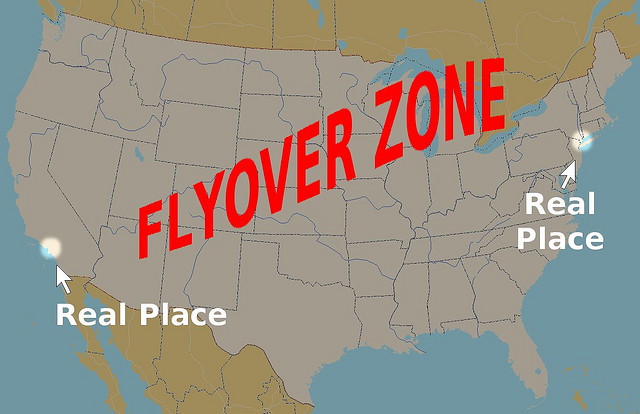 Found on the internet.

I considered putting together a big compendium of every snide, offensive, ignorant, or otherwise wrongheaded comment I could find about the tornado. I decided not to, both because I have railed against that tactic in the past and because it would literally kill my soul to compile it. Let me instead address the salient points that keep cropping up, in the hopes that someone who is modestly reflective will stumble onto this post and will be persuaded to not be an asshole. I realize that this is optimistic in the extreme, but a man can dream.

1. “Stupid Okies. You should have had tornado shelters.”

A lot of people do, which is part of why a tornado that destroyed thousands of homes killed 24 people. A lot of those were children at school. Generally people assume that large institutional buildings like that can take a hit from a tornado better than a house can. Not necessarily. That’s one of the things we learned this week. We have already started pushing for better code requirements for schools and hospitals, but thank you for the concern about our stupidity. It means so very much to us in this trying time.

2. “Why don’t people have insurance like we do? Why should we have to pay for their new house?”

Like most places with indoor plumbing and mortgages, we have homeowners insurance here. No one is asking the people of America to buy the people of Moore new houses. Thanks for making it all about you, though.

3. “Why should we help them when Tom Coburn and Jim Inhofe voted against relief for Hurricane Sandy?”

I predicted exactly this sort of blowback a few months ago when they did that. It was idiotic to play politics with disaster relief then, and it’s idiotic now. Neither of our senators were in the path of the tornado, and the people who *were* need help badly right now. Are you going to prove to us how wrong what our politicians did was by doing the exact same thing? No one, NO ONE, should ransom disaster aid to achieve their ideological goals. It’s sickening, no matter who is doing it.

4. “Why should we help them when Jim Inhofe doesn’t believe in climate change?”

Sticking it to Jim Inhofe in this fashion will do what, exactly, to advance your cause? All this proves is that you care more about ideology than about people. I recommend counseling.

After a massive disaster people need pork. Disaster aid annoys conservatives because it’s one of the things that people want the government to do, and if the government starts doing things, that’s just a slippery slope towards having a government. Just imagine the brave future where the invisible hand of supply and demand makes it possible to sell bottles of water to firemen for 10 bucks a pop. It would be a great day for profiteers everywhere.

Because I like it here and I don’t want to.

7. “Isn’t it their own fault for living in Tornado Alley?”

Natural disasters never happen anywhere else? Also, very compassionate of you to suggest that people whose kids were crushed to death by cinder blocks had it coming.

Have you had the Barbecue here? Also, what’s your point?

9. “You should have prayed harder!” or “This is God’s punishment for (fill in the blank)!”

I’m pretty sure there was a lot of praying going on as this thing passed by, and to my knowledge it had no impact on the path or intensity of the storm. If this was God punishing us for something, he was being pretty vague about it. Does he hate the idea of eating dinner while watching Skyfall in 3D? Maybe sometimes bad things just happen and it’s not anyone’s fault. Nature is weird that way.

We’ve heard it all before, but could you at least hold off on it for a week while we bury our neighbors? I promise you can get back to sneering at the yokels any day now.

POSTSCRIPT: I pulled a few punches when I wrote this, because I thought that maybe I was too close to the situation and was taking it to personally. Here is an excellent little essay from a progressive writer in the Tar Heel state that gets it pretty much on the nose.

On Oklahoma And Progressives Who Gloat About Suffering In Red States

4 comments to “Why I Hate The Internet, Disaster Edition”