If I were director of Homeland Security, which is different than being a director on the TV show Homeland, and probably pays less, I would have one priority and one priority only. I present Exhibit A: The Krampus. 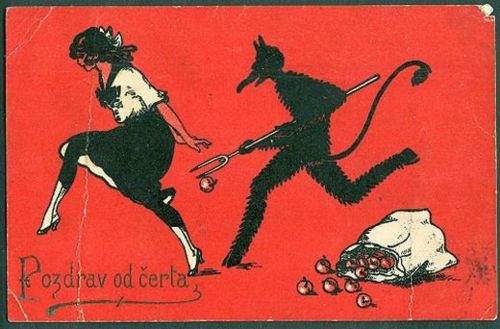 â€œKrampus is a beast-like creature from the folklore of Alpine countries thought to punish bad children during the Christmas season, in contrast with Saint Nicholas, who rewards nice ones with gifts. Krampus is said to capture particularly naughty children in his sack and carry them away to his lair…Krampus carries chains, thought to symbolize the binding of the Devil by the Christian Church. He thrashes the chains for dramatic effect. The chains are sometimes accompanied with bells of various sizes. Of more pagan origins are the ruten, bundles of birch branches that Krampus carries and occasionally swats children with. The ruten have significance in pre-Christian pagan initiation rites. The birch branches are replaced with a whip in some representations. Sometimes Krampus appears with a sack or a washtub strapped to his back; this is to cart off evil children for drowning, eating, or transport to Hell.”

So here we have a monstrous goat beast that engages in, at best, public S&M, and at worst, cannibalism and human trafficking. What do we have all these stinger missiles for anyway? President Obama: Take the damn shot. He’s been at large since the 17th century!

Let’s get one thing clear, Oklahoma (yeah I’m looking at you in particular, Oklahoma State Legislature), it’s not that you don’t deserve to meet this hoofed fiend; some of you’ve been little assholes all year. Here are some of the things that got you on our naughty list.

1. Ralph Shortey introduces bill outlawing fetuses in food products. Were you TRYING to get the Krampus all up in our business? Frozen embryo pops are a favorite treat in his Alpine redoubt. 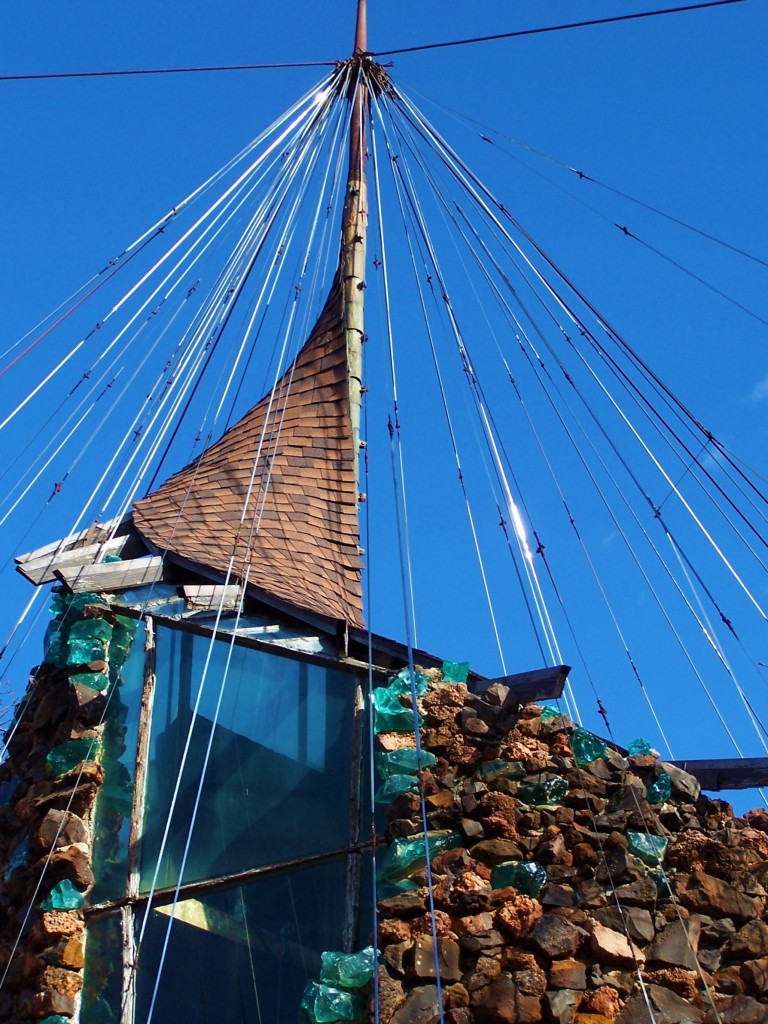 2. Tearing down the Bavinger house. Here’s the thing with unique buildings: they’re unique. You can’t just order another one from the Sears Roebuck catalog. The Bavinger House was a crazy, brilliant, unique masterpiece. When it was damaged by a freak meteorological event, the owner chose to tear it down and sell pieces of it on the internet. Apparently there was some bad blood between the current owner and the University of Oklahoma, which somehow resulted in this great work of art being torn down. It’s kinda like when I had this string of pearls and took it to the State Fair and let the hogs have a look at it. They didn’t think it was all that great.

3. State Superintendent of Dentistry…Wait, Schools? Are you sure? OK, fine. State Superintendent of Schools Janet Barresi, (who has no experience in education and whose last name sounds like a Vespa knock off. Just sayin’) decided to grade all the schools in the state with an EZ 2 UNDURSTAND A-F grade system! Here’s what this means: if you live in Deer Creek or Edmond or any other platinum-plated school district, you can rest assured that your kids go to an A+ school. They are, after all, The Elect. If you live in Tulsa or Oklahoma City, you get to see just how crappy your kid’s school really is. See? It says right there in print! Failing! Nevermind that kids in North Tulsa and South OKC are often dealing with things that folks in Deer Creek have only ever seen on the news. The real bottom line here isn’t about A-F. It’s about money and resources. Education in this state is funded at about the same level that other states fund pond scum removal and historic tree upkeep. In the meantime, we can’t build prisons fast enough. You get what you pay for. 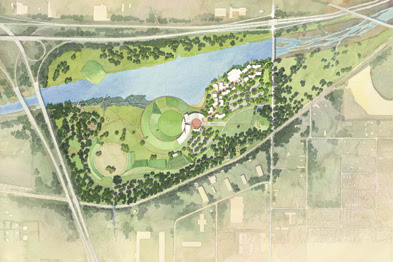 4. Speaking of which, there’s this super cool museum that’s about half built. It’s right by the river. You can see it from the highway. If it gets built it will be a world class museum celebrating Native American history and culture, and a perfect counterpoint to the National Cowboy and Western Heritage Museum. It just needs a couple million bucks (matched with private funds) to open up and start sucking in all those sweet, sweet tourist dollars. Sounds like a good strategic investment with a high potential for returns, right? Not if you’re in the State Legislature. They see it as pork, so they cut with a mighty chop-chop. Enjoy the view off the I-35 and I-40 intersection, it’s going to look like that for awhile. 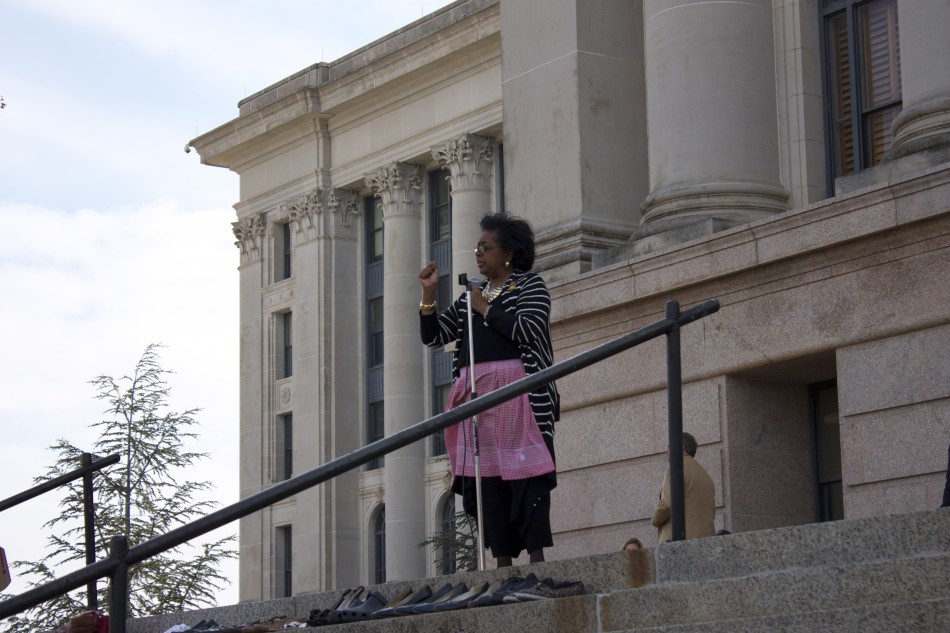 State Senator Constance Johnston read a protest sign on the Capitol step; essentially saying that if she wanted the government in her uterus she’d “fuck a Senator.” She’s not very approving of the Personhood Bill. Photo by Helen Grant

5. The Oklahoma Legislature also thinks that repairs to keep chunks of stone from falling off the Capitol building is reckless spending. While this is not the saddest fate to befall a state Capitol building lately (that honor falls, as usual, to Arizona. We should give them some kind of medal for making us look better. Not good, mind you. Just better.) Think about this for a minute: the far right in the state legislature is so opposed to government doing anything at all that they are willing to continue to work in a building that might fall on them. LEGISLATORS: Here’s a thought – if you’re a secret Ayn Rand disciple and you don’t think government has any role to play in civil society aside from bombing people, please set an example for the rest of us by resigning in protest. 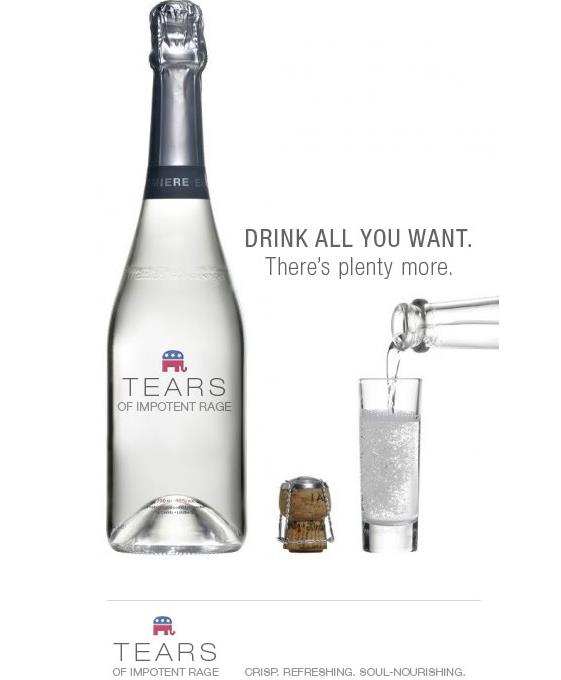 6. The Election. Is it a shock to anyone that I personally number among the loyal opposition in this state? It shouldn’t be. I’ve looked into it, and it turns out that I’m right and everyone else is crazy. That was a joke. I don’t think conservatives are crazy, I just think they’re wrong about everything. There’s still time to join us over here on the side of reason; you might be surprised by how much you agree with us. Most Oklahomans believe in public services, funding education, taking care of the sick, protecting Social Security and all of that jazz. That’s not all; I’ve been at diners in tiny towns where the talk of the day was so anti-corporate and anti-bank that you might think you had wandered into TrotskyBurger. So why do Oklahomans, who I know to be among the most compassionate, hard working, and sensible people on God’s green earth, cast their vote in such large numbers for a man like Mitt Romney, who has never had to work for anything in his entire life? It doesn’t make sense to me. Krampus spankings are in order for all you Mittney voters, if you want to cry, well, we’re going to give you something legitimate to cry about. 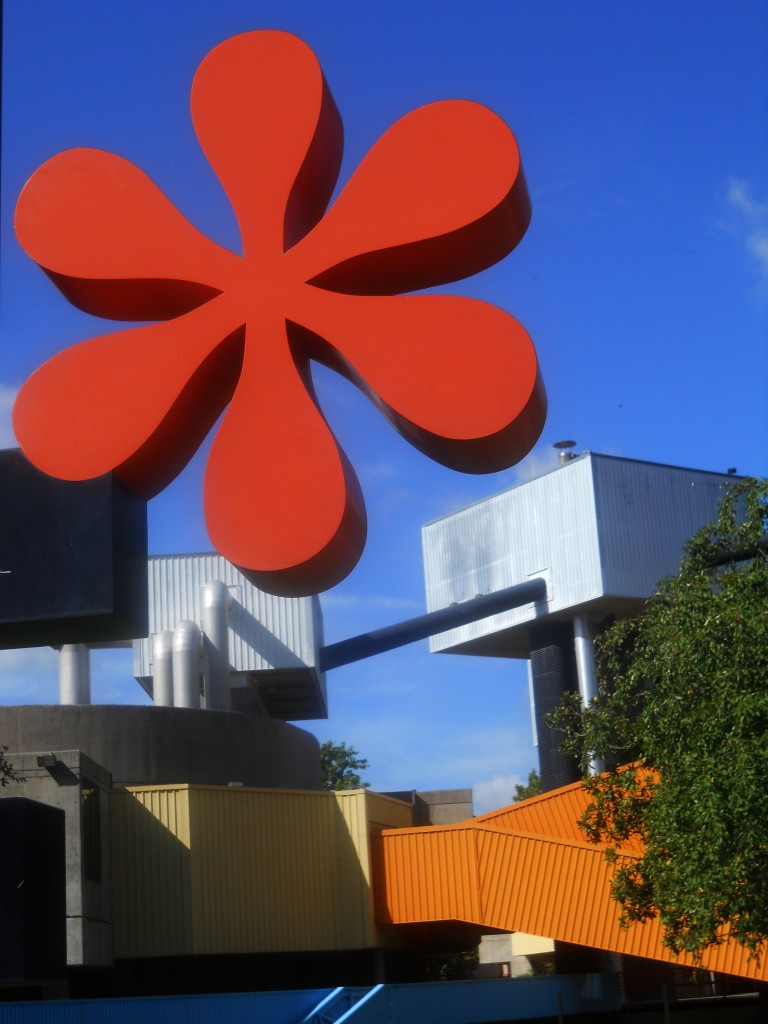 7. Stage Center is probably gonna be torn down. Way back in 1968 the city fathers commissioned a theater with funds from the Ford Foundation. They wanted something other than what the architect gave them (what he gave them is widely regarded as an important work in the history of architecture, but lacks cherubs and gargoyles), and the hurt feelings have persisted ever since. The sharks have been circling since it flooded in 2009, and it looks like the end may have come at last. I’ve heard from more than one person that there is NOWHERE ELSE in the downtown area that a major corporate skyscraper could be built. No plots of land exist anywhere in the vicinity that combine so perfectly the qualities of a central location, convenient parking, and a building that city leaders have wanted to tear down for 40 years. Naturally, due diligence and public input has all been taken care of, and the result, as usual, will be whatever the people with the deepest pockets wanted in the first place.

OK, I’m done Krampus’ing for the moment. I’m gonna go drive around and look at some of the cool, worthwhile things that have been done lately. It’s good for the soul.