The day of drinking is upon us. Tomorrow, everyone on planet Earth will be “Irish”, but for some Oklahomans the heritage goes a step deeper. 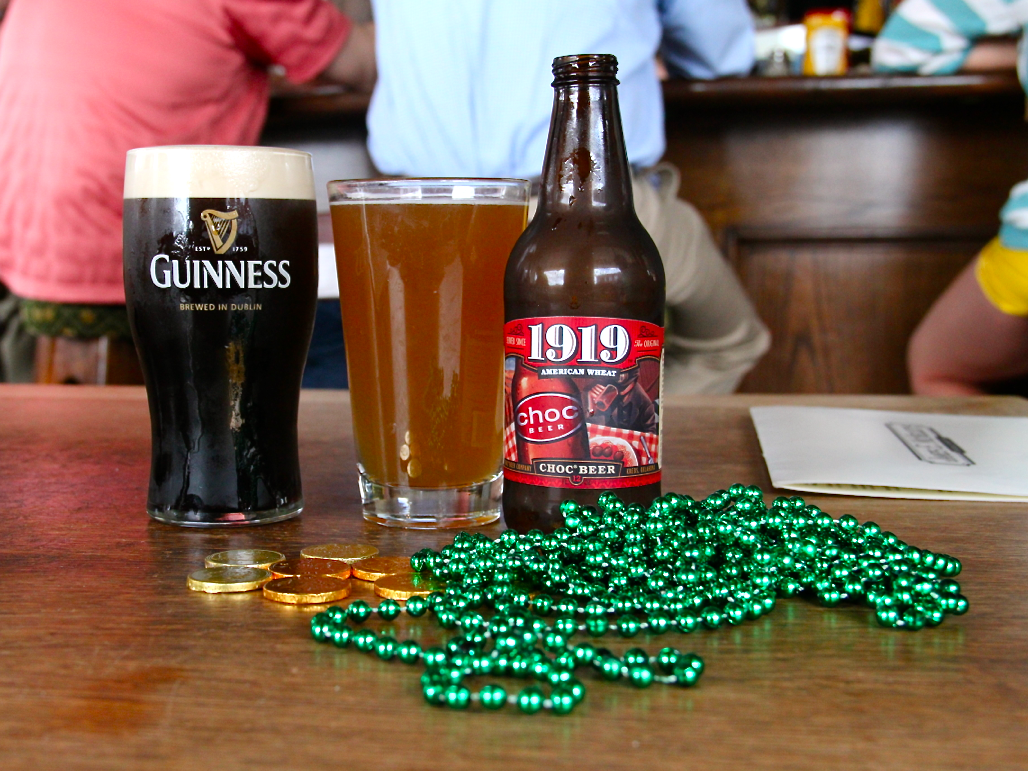 For a second, forget thinking about pints of green beer, of Guinness, of Baileys or even, gasp, shamrocks. Instead, remember The Trail of Tears and the Irish Potato Famine.

The Indian Removal Act of 1830 had forced the Cherokee, Creek, Seminole, Chickasaw and Choctaw nations out of their homes and sent them to what we now call Oklahoma. This move was tough. A move filled with disease, death and starvation.

The Choctaws sent $710 dollars in aid money to the Irish. Adjusted for inflation, in 1847 a dollar was equivilant to approximately a modern $27.03. So effectively, the Choctaw sent about $19k.

A written account from the time said that, “Traders, missionaries, and (Indian) agency officials contributed, but the greater part of the money was supplied by the Indians themselves.”

A group of people who knew great suffering poured a little bit of love out so that people they would never know nor meet would be spared from the same. What an amazing gift.

Since then, members of the Choctaw Nation have visited Ireland and in 1995 then president Mary Robinson visted Durant, OK to address the Choctaws and thank them for their generosity over a century later. It was the first time aÂ foreignÂ head-of-state had addressed the Choctaw nation.

After 1847 and further into statehood, Irish settlers represented about 10 percent of foreignbord residents. By the 1910 census, 1,800 Oklahomans were listing themselves of Irish descent. Now, after many generations of marrying and further immigration, everyone might as well be Irish, so let’s celebrate with a drink.

This Saturday, when you decide to celebrate Ireland and the great mnay things she has to offer, remember Oklahoma’s Choctaw roots to the land of the shamrock. Perhaps even celebrate with some delicious Oklahoma beer, perhaps Choc?

“Maybe the best beer would be our original 1919, the beer we started with and the beer brew based on the heritage of the Choctaw brewing recipe.” Zach Prichard, Sales and Marketing Director for Choc Beer, said.

Don’t feel like you have to limit yourself though, Choc makes a lot of delicious brews down in Krebs, OK.

So remember, drink a Choc, drink a Guinness, or maybe even pour them both into the same glass and add green food coloring and the drink it. That’s how you celebrate a real Oklahoman St. Paddy’s Day. Celebrate your Oklahoman and Irish heritage by raising a toast to generosity and being a good global neighbor.

St. Paddy’s in the City 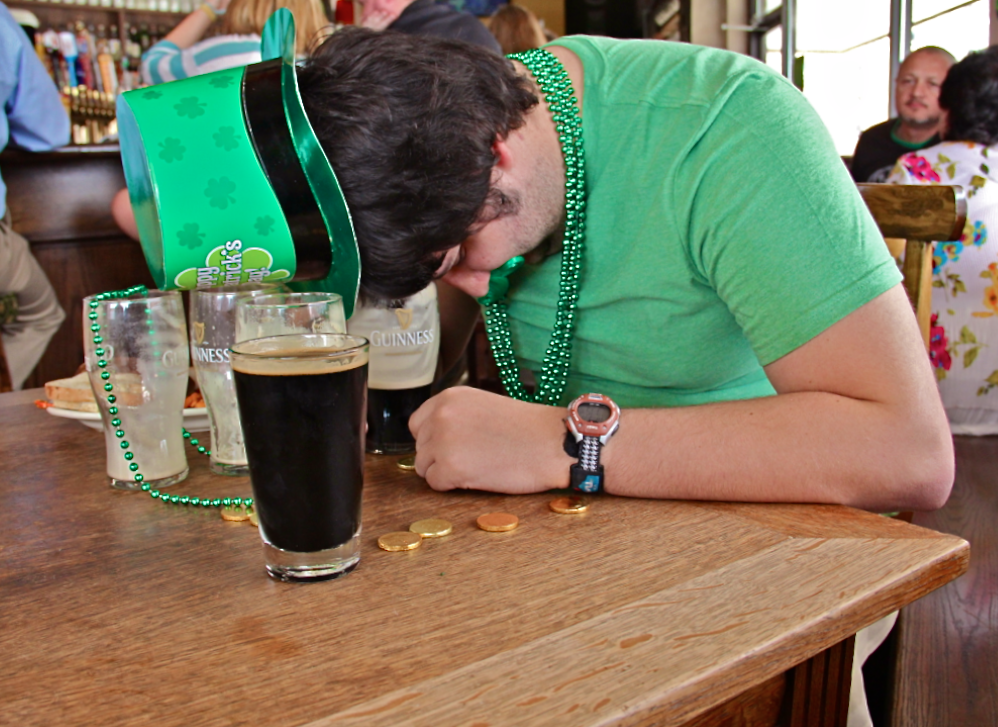 This is beneath the dignity of our profession. Don’t be a statistic this St. Paddy’s Day. Photo by Helen Grant.

There are plenty of things to do in the city for St. Paddy’s day, including the St. Patricks Day Parade. The parade starts at 1 p.m. on 5th and Broadway, then it will snake over to EK Gaylord and then go east onto Sheridan into Bricktown.

Speaking of Bricktown, there will be a block party in Bricktown from noon to midnight with bands and activities. But, as this is Bricktown, no coolers, pets or outside food and drink are allowed.

For a more, ahem, adult experience for your St. Paddy’s Day visit one of OKC’s great pubs like TapWerks, McNellie’s (in Norman or OKC), Dan McGuinness (in Moore or Edmond), Fox & Hound, Baker’s Street Pub, or really anywhere you can find a tasty pint of something stout.

Above all else, have a fun and safe weekend and remember: it’s “paddy” not “patty.”