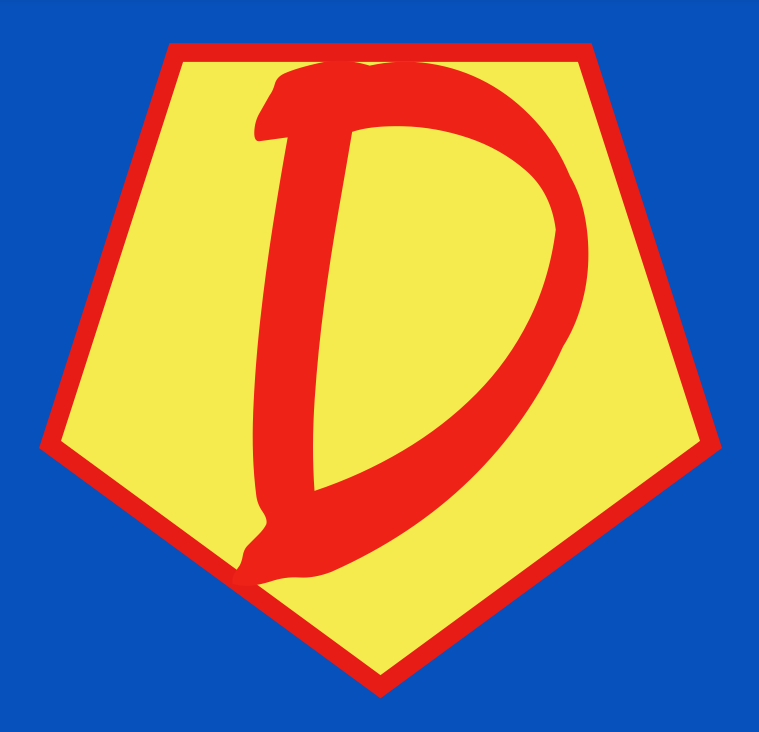 Editor’s note: While the SNIKT comic book podcast is on hiatus, Special Projects Editor Daniel Page will write a weekly feature on comics.

I have a problem. I think it’s fairly widespread, but it’s a problem nonetheless. I’m biased. I’m trying to overcome it, but it’s still there at the edge of my consciousness, subtly influencing my choices and viewpoints. My bias? Superheroes.

What I mean to say is, while the vast majority of comics sales are superhero titles (especially the ubiquitous Marvel and DC characters), there are a vast amount of comics that *gasp* aren’t about men and women with powers and colorful outfits.

I know these comics exist, and I know a lot of them are fantastic. I’ve even read some; I maintain that the best series I’ve read is Brian K. Vaughan’s Y: The Last Man, which features no people in capes at all, and instead maturely deals with issues of gender, sexuality, and loss with a surprising subtly and beauty. There are fantastic writers and fantastic stories being told through the medium that have nothing to do with capes and masks.

But look at that guy. Just look at him. That’s one of my favorite images in any comic; it’s the introduction of Superman in All-Star Superman #1, written by Grant Morrison and drawn by Frank Quitely, wherein the Man of Steel flies into the sun to save a ship of explorers and scientists. Superman is past the point of being a character, and has become a cultural icon. This image of him is epic, almost archetypal; Superman at his best moves us in the same way Norman Rockwell paintings and Star Trek do, reminding us of a nostalgically romanticized past and showing an optimistic hope for a better future.

I have a hard time getting over all that; I love Superman’s origin story, I love his selfless dedication, and I love that, no matter how Midwestern and just humane he is, he is still ultimately alone because he’s an Alien. Superman also presents a unique conundrum: his true identity is Superman, but he longs to be normal, leading to his masquerade as human Clark Kent. Superman is who we want to be, and we are who Superman wants to be.

But look at this: 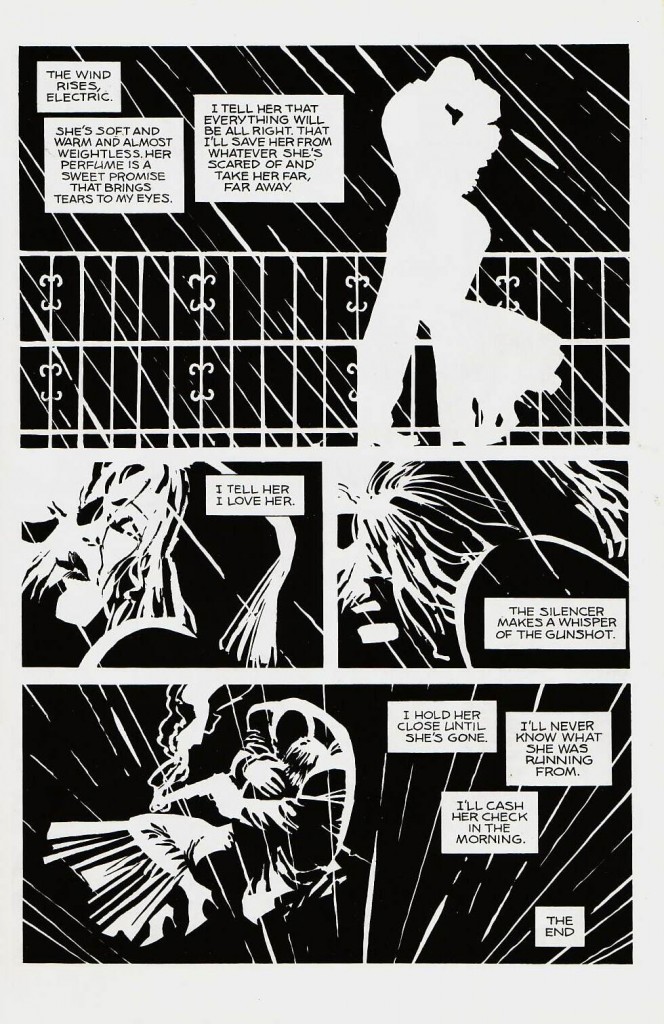 I love this. It’s an entire narrative in one page, told with elegance and grittiness. Problematic portrayals of gender and sexuality aside, Frank Miller has been one of the most stylish and unique voices in comics for over 30 years. His noir comic Sin City is blacker than black, portraying a world full of the sorts of femme fatales and hardened loners that probably skulked through Raymond Chandler’ worst nightmares. While I can’t recommend Frank Miller uncategorically, this is a perfect example of art and text in harmony.

Read all the superhero comics you want, but don’t be afraid to try out comics that don’t have “Spider” or “Bat” in the title. There’s great stuff out there, and I’m trying to be less biased towards comics about people without capes on. I’m trying, Ringo. I’m trying real hard.

Spaceman #4 (4 of 9), Brian Azzarello and Eduardo Risso: Here’s your chance to branch out. Spaceman is different. I mean, really different.Â The limited series from Vertigo spends the first three issues masterfully building a uniquely dystopic future while also setting an interesting story that comments on celebrity and its pitfalls. 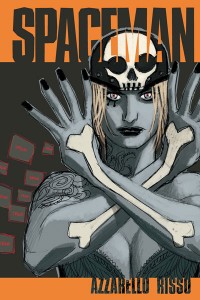 King Conan: The Phoenix on the Sword #2 (2 of 4), Timothy Truman, Tomas Giorello: King Conan is great for fans of Conan the Cimmerian both old and new; Tomas Giorello’s art in this adaption of one of Robert E. Howard’s original Conan stories is nostalgic, calling back to John Buscema’s classic Bronze Age art in early issues of The Savage Sword of Conan. 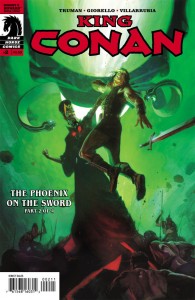