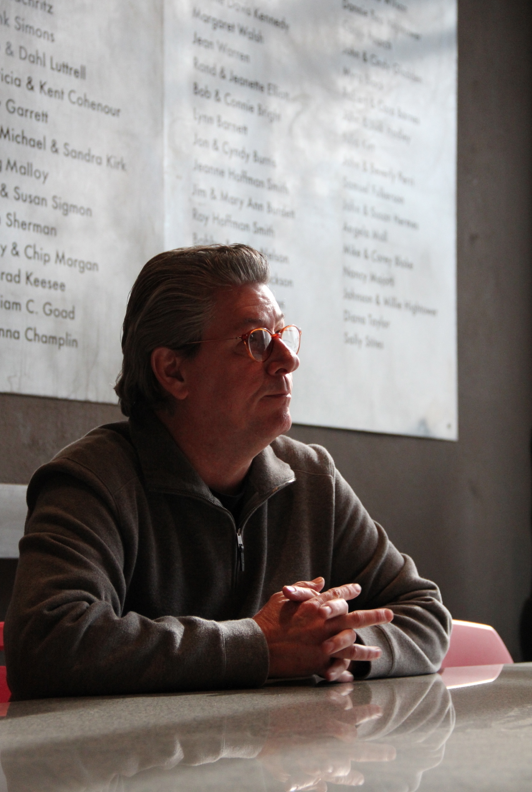 Director Jon Burris talks to OKC.NET about his interests and how Artspace at Untitled came to be. Photo by Helen Grant

Jon Burris is the executive director of [Artspace] at Untitled, a non-profit art center located downtown. Tucked away next to the train tracks running through Bricktown, the modest building in which Untitled is housed sets you up for a complete surprise when you enter it and find perhaps the most aesthetic art space in the city. Its open space, wood accents, and subtly modern decor reminded me of the Ahmanson Building at the Los Angeles County Museum of Art in Beverly Hills, one of the most impressive museums in the country in terms of its architecture and design. The building Burris calls home is warmer and probably more welcoming, though, especially considering the loft apartments and workshop on the second floor.

Burris is a perfect fit for a place like Untitled; his sharp intellect and and encyclopedic knowledge of art is balanced by his friendly demeanor and loquacious manner. With a background in photography (as a young man, he worked with Ansel Adams and knew him personally) and decades of experience as a private curator, Burris is qualified to work in a much larger city. However, rather than working somewhere like Manhattan or Chicago where there are dozens of people who do what he does as a private curator, he prefers to work in Oklahoma City, where he can help Untitled cater to a niche that remains largely unfulfilled within the metro area currently. Most art galleries in the metro area feature primarily local artists and promote the regional art community, placing a heavy emphasis on developing local culture. While Burris agrees this is admirable, his goal for Untitled is to further enrich the artistic community in the city by bringing in national and internationally known artists and works for display, in order to make connections between Oklahoma City and the larger community of artists worldwide. 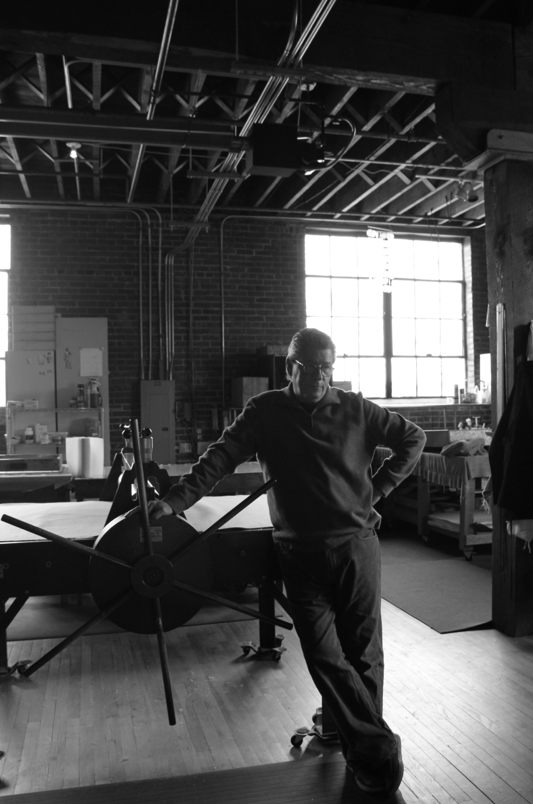 Director Jon Burris stands in the residential visiting artist's loft located above the gallery in Artspace at Untitled. Photo by Helen Grant.

One way in which Burris has made these connections is by bringing famous artists with connections to Oklahoma in to put on exhibitions at Untitled. In fact, the most recent exhibition at Untitled was In Design: The Art of John-Paul Phillipe, a New York based artist who is in charge of decor for the luxury retailer Barney’s; Phillipe grew up in Oklahoma, and after being contacted in order to do an exhibition at Untitled, created several original works for the exhibition.
The next exhibition to be held at Untitled will be all photography; called Reconsidering the Family of Man, the exhibition is inspired by an influential exhibition on display at the Museum of Modern Art in New York in 1955 entitled The Family of Man. Considering his passion for photography, it seems that Reconsidering the Family of Man is very close to Burris’s heart, as is his work at Untitled in general. When the exhibition opens February 3rd, you can see Burris and his passion for art firsthand, as well as his leadership as he and Untitled stand boldly at the forefront of art in Oklahoma City. 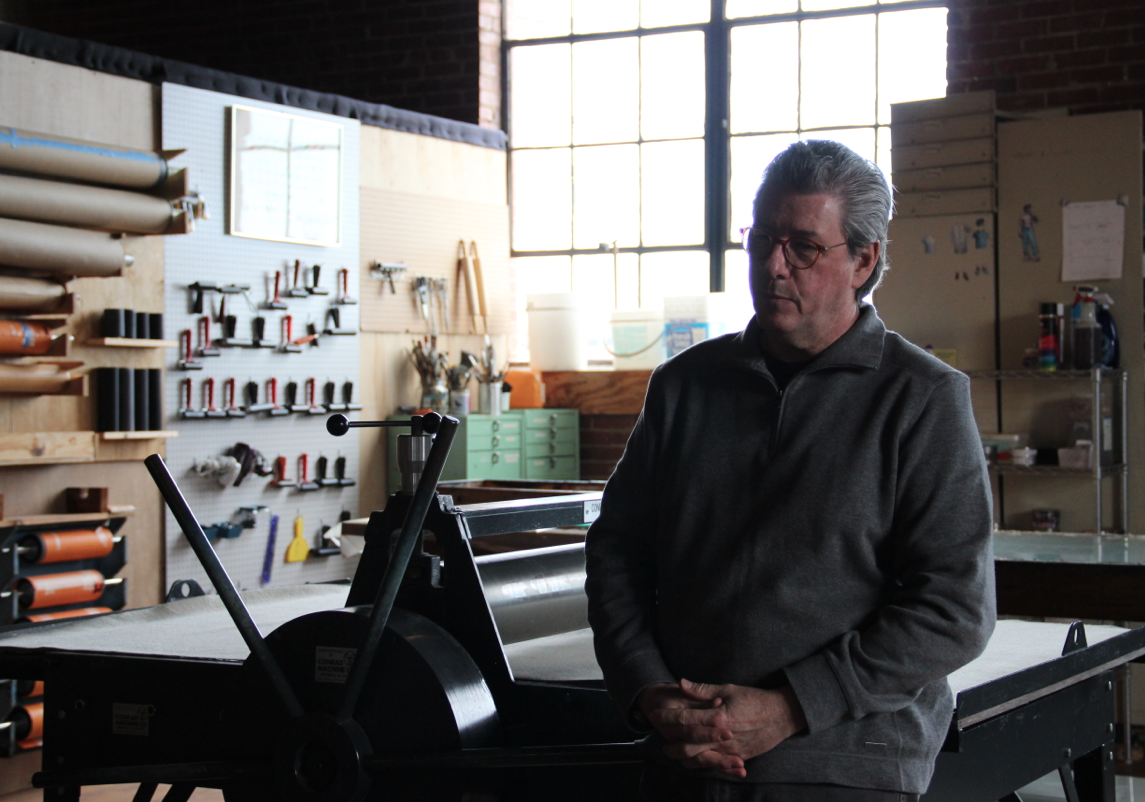 Director Jon Burris talks about how his background in photography and journalism lend themselves to the work he does for Artspace at Untitled. Photo by Helen Grant.