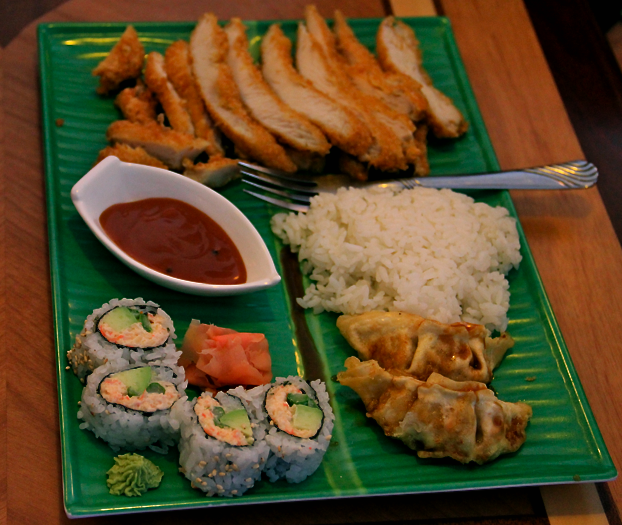 It’s been something of an article of faith for me that getting good Japanese food in OKC is going to be a pricey proposition. I love Tokyo and Sushi Neko as much as the next guy, but $20 for sushi when I could get phá»Ÿ for $6? Please.

Samurai changes all of that. This unassuming little shop in this unassuming little strip mall on 23rd has something I haven’t found anywhere else in OKC: high quality Japanese cuisine that won’t leave you penniless. I was skeptical when I first noticed it months ago. The prospect of getting sushi from the place next door to the Pizza Hut seemed dubious in the extreme.

I have seen the light.

Figure 1: Daniel was sitting literally 3 feet away from both of us when he sent this.

The OKC.NET staff went there this afternoon following Daniel Page’s repeated insistence that we quit messing around and get lunch (see figure 1.) The first thing you see when you enter is a fast-food style front counter and order board, with a small seating area off to the right. This is clearly not a high capacity, high turnover operation. The menu is mostly sushi, but with a good selection of other Japanese favorites, from Udon noodles and Teriyaki to even some hibachi options. 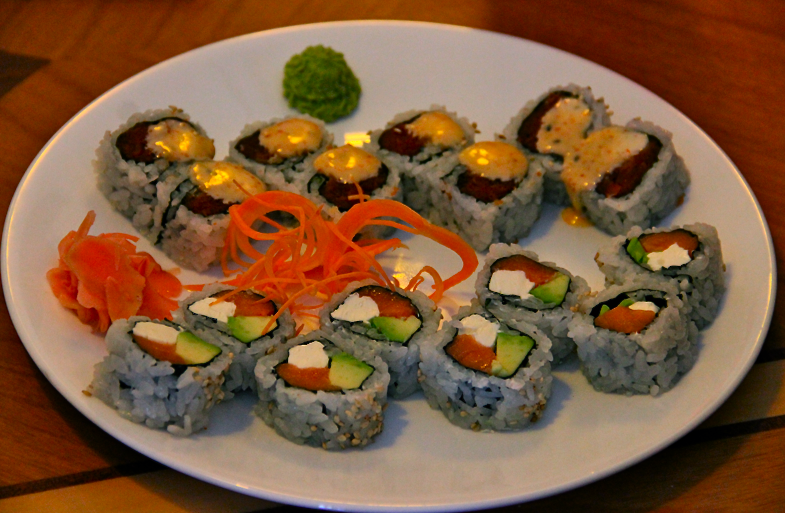 If this were Iron Chef, a pop idol and/or member of parliament would comment on this colorful plate presentation

Most of my party got sushi plates; I have had the sushi here before and found it to be fresh and shockingly affordable. I wasn’t really in the mood for sushi today, so I decided to mix things up and got a tempura chicken bento box lunch. For those of you not familiar with bento, it is essentially a Japanese combination plate lunch, the preparation of which can range from simple to ridiculously lavish. 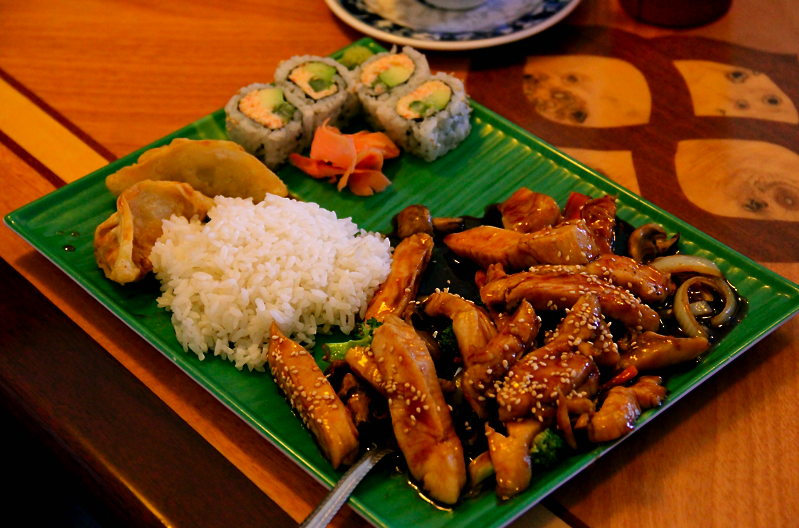 The presentation at Samurai is simple but elegant; the plates are plastic, the chopsticks are disposable, but nothing looks or tastes slapped together. The cooks at Samurai are clearly serious about food, but not to the point of seeming haughty or pretentious. My lunch came with a good sized entree portion of tempura, two goyza (fried dumplings) a crab roll, a bowl of miso soup, and rice. All of this came to less than $8. All of our bills were in the $8-$10 range. 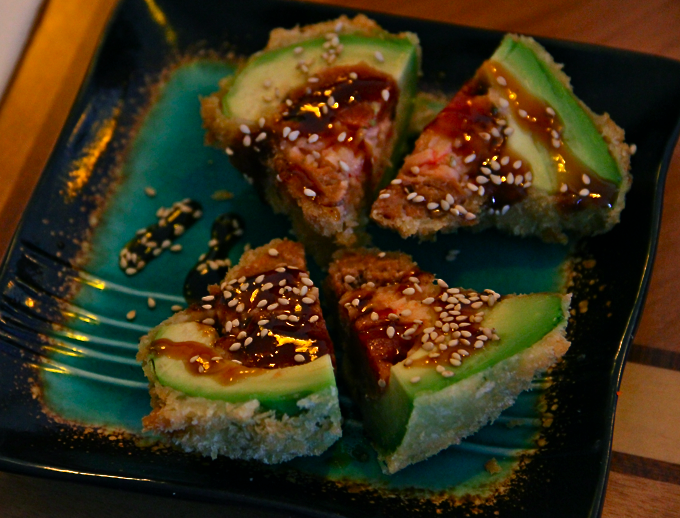 The sides and appetizers were quite good, from the note perfect miso soup to the colorfully named and colorfully presented “Monkey Brains” (it’s a sort of crab roll with avocado instead of rice)

Truthfully, the high value is the best thing about this place. Good food is rare. Good cheap food is even more rare. Good cheap Japanese food is something I have rarely seen this far inland. 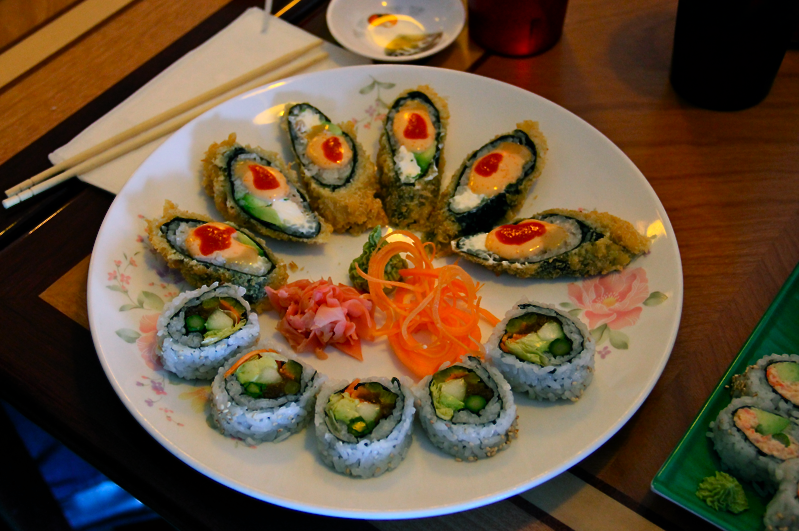 If you’ve got 30 bucks to spend, go to Tokyo. If you want a quick, cheap and filling lunch for under 10 bucks, get down to Samurai. You won’t be disappointed.