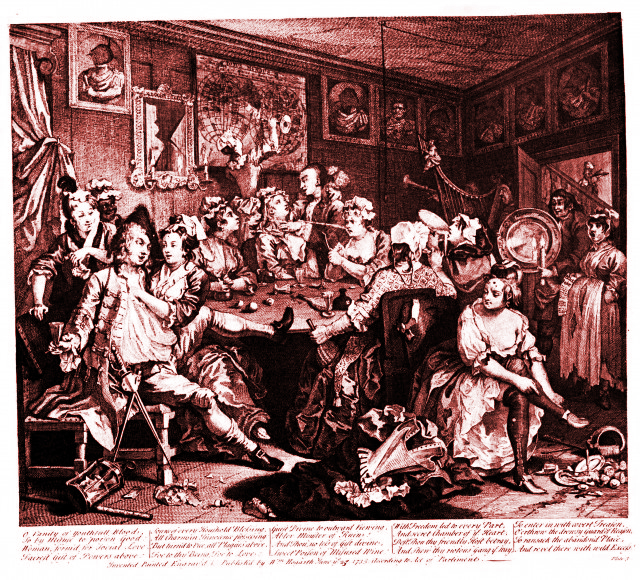 When we explore the nightscenes of this world, We face a glaring problem. We must have verbal ammo at the ready to deal with the self declared â€œPick- Up Artistâ€. This type of narcissistic young man has been with us since the dawn of time. His delusions make him do and say stupid things, but luckily for us, they also make his ego very fragile. In the interest of science, I ventured into an internet forum overrun by desperate people trying to get some sex and other people making fun of them. I laughed, I face-palmed, I vomited into my mouth a little. The time honored PUA method involves the perfect timing and execution of the â€œpick up lineâ€. The common thread running through these one-liners is backhandedness. The reason for this is simple: if he (or she, though not nearly as common) can get your self-esteem down nice and low in a public setting, then your chances of giving in for validation purposes grow. Ick. The important thing now, I think, is to come up with very specific counter-quips to the very lame and very toxic pickup line. Consider these your crappy bar survival kit. Itâ€™s such good fun! The predatorâ€™s lines are in black. Your lines are in red.

You’re such a little shit.
I guess thatâ€™s better than being a big shit.

Iâ€™ll bet your boyfriend complained about this about you.
Oh, all my boyfriends do. Guess they just canâ€™t stay away.

You’re back to square one with me, missy.
It looks more like square zero.

You’re taking this WAY too seriously.
Yeah, well. Putting up an anti-d-bag force field is no laughing matter.

Stop flirting with me.
Okay. (walk away)

You have beautiful eyes, can I touch them?
Sure.
(When he attempts to put his greasy fingers anywhere near your eyes, grab all four fingers and clench.)

I’m too high maintenance for you.
Totally.

Let’s play a game. Let’s see how long you can hold your breath.
Iâ€™ve been holding my breath since something rank invaded the table.

How short are you?
I was just about to ask you the same thing (look toward his crotch).

You’re such a player.
Thanks.
or
I try.

Ask two girls: Which one of you guys would win in a fight?
Iâ€™m guessing you donâ€™t work out much, so probably either of us.

Do your parents know where you are?
No, but yours do.

Isn’t this a school night?
Why? Need a lesson?
or
Yep. Welcome to the principles office. Grab your ankles.

Your makeup is smudged.
(Keep your eyes locked on his and say:) Your fly is down. (Laugh when he checks.)

I’m so emotionally unavailable right now.
If by â€˜unavailableâ€™ you mean â€˜retardedâ€™.

We need to find you a man.
Make it a bodyguard.(shift away from him a little)

Where is your off button.
Oh, Iâ€™ve been turned off for some time now.

Iâ€™m kind of a big deal.
A big what?…Oh… yeah. (you really gotta deadpan that one)

If you run into a new line and are either too drunk or too stupid to come up with a cutting reply on the spot, just use the old standby. Pretend like you cannot see or hear him as he approaches. Act like something is waaaaay interesting and hilarious across the room and then run over there. Look out the window and wonder aloud Â if thatâ€™s old so-and-so digging for gold and waiting for the crosswalk light to turn green. Donâ€™t bother to react in the extreme; heâ€™ll just take negative attention as a validation of his power. Heâ€˜s got his head too far up his ass to realize that it isnâ€™t. If you donâ€™t want to be cutting, thatâ€™s ok. I still like you. Just not as much. Are you on-board or arenâ€™t you? Ah well, alright. There are a few kinder, gentler ways to deter lame dudes who spread the shit incredibly thick.

1. Sing everything you say. This is intensely annoying.
2. Smile uncomfortably. Itâ€™s more of a grimace. Heâ€™ll know immediately that heâ€™s not getting any. A no-brainer.
3. Whenever he orders a shot, just grab it and pound it.

The real point of this lesson is not to find a â€œniceâ€ way to get rid of people who are simultaneously screwing their own reputation and annoying the crap out of everyone else with some bad advice they got from Jeff Rossies or whoever. But sometimes youâ€™ll feel bad for the approacher. Unfortunately for him, girls like you donâ€™t sleep with those whom she must struggle not to pity.

The toughest and best thing to do is to really act interested in the guy. Make sure you meet him around last call. That way, you are the freshest thing on his mind. Act a little drunker than you are. Make him an offer he canâ€™t refuse. This is much easier to do if you have a hot friend or two with you. I think you know why. He will tell you to come to his place for a good time. You can

2. Go to his house and drink out of his milk cartons, take a shower without asking, make yourself at home and pretend you have no idea why you are really there. Have a slumber party and ignore the dude. Whatâ€™s he gonna do? Call the cops and tell them that a group of hot girls has invaded his house to watch the Lifetime channel and wonâ€™t fuck him?

(Editor’s Note: Please don’t attempt this unless you have a can of pepper spray at arm’s length at all times.)

Now hereâ€™s some more predator lines for you to practice with. Remember to be creative and have fun! Youâ€™ll be the scene-stealer in no time.

Give me a kiss on the cheek, and maybe I will let you forgive me.

Bartender, you might want to check this girl’s ID again.

We should hang out some time. You can help me pick up chicks.

You girls aren’t tourists, are you?

Holy shit, you really don’t know what you’re doing, do you?