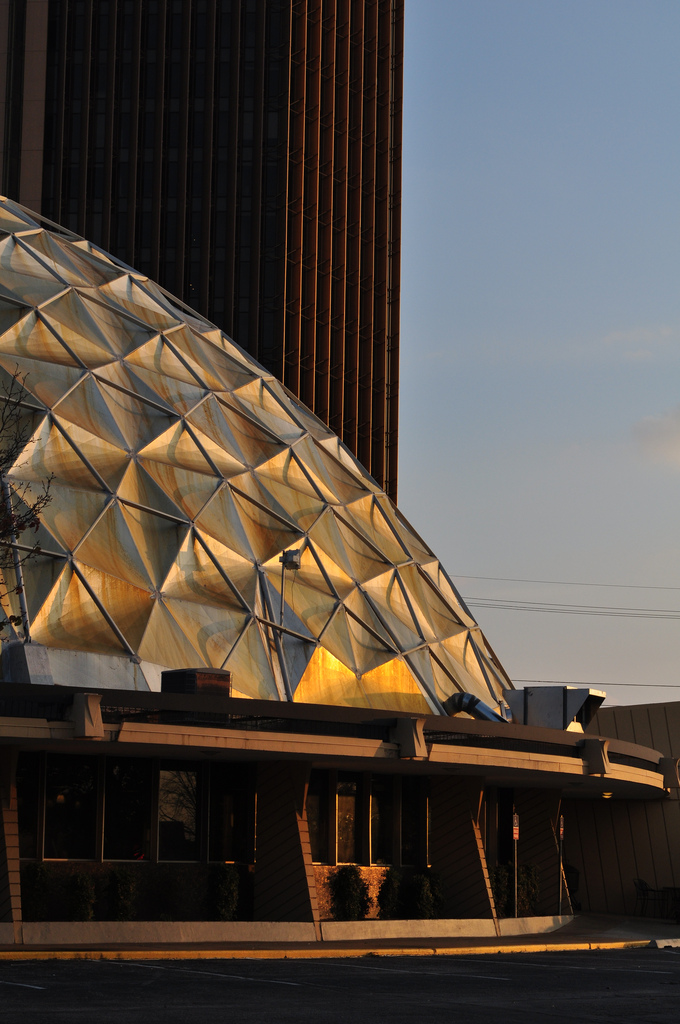 Let me tell you a story about a girl (me) who was born and raised in Oklahoma, left Oklahoma for Colorado, and is currently burdened by the internal conflict of whether or not she should come back.

My father raised me to live by a famous quote by Vietnamese monk, Thich Nhat Hanh, â€œWhen we come into contact with the other person, our thoughts and actions should express our mind of compassion, even if that person says and does things that are not easy to accept. We practice in this way until we see clearly that our love is not contingent upon the other person being lovable.â€

My mother, on the other hand, raised me to live by the Oklahoma state motto, â€œLabor Omnia Vincit.â€ – Labor Conquers All, or rather, Money Conquers All. Success was paramount, and success is measured in dollars.

I grew up conflicted. Was I supposed to be a doctor, an engineer, or a pharmacist? Or was I supposed to show love to the world by working for the nonprofit sector, being a teacher, or fighting for others in the public sector? Almost every day, my mom told me that I needed to be like my cousins who were doctors, engineers, and pharmacists. I understood where my mother was coming fromâ€”she and my dad are refugees. My mom was maybe in her late â€˜teens when she escaped Vietnam. My dad fought in the Vietnam War. He didnâ€™t come to the United States until he was in his late 20s. I understand that the trials and tribulations they underwent were for the preservation of their future- and that future was my younger brother and me. I think that my parents (my dad also believes this to some extent) can only believe that their hardships were worth it if their children are economically successful. And so I studied hard, received straight Aâ€™s, and test scores marked in the top 95 percentile. I had to be academically successful to make my parents happy.

My hard work paid off; I found myself at Classen School of Advanced Studies. Classen has been ranked in the Washington Post and Newsweek as one of the 20 best public schools in the nation. Without Classen, I would not be who I am today. Classen was so diverse! Students came from every class, ethnicity, and social background, but we still got along. I still studied hard, received straight Aâ€™s and high test scores, but I was also able to find something that I could never study in a book: my identity. I met an amazing group of friends. We talked about how backwards Oklahoma felt, how privileged we were to receive a top-notch public education, and how high school was more than drinking alcohol and smoking pot. I met amazing teachers who helped me expand my worldview about the society. My government teacher encouraged me to join mock-government programs and interact with like-minded people. My English teacher allowed me the opportunity to think critically and introspectively about human nature (Ralph Ellison, you changed my life forever). I wrote essays on the contradictions and juxtapositions of lifeâ€”where else would I receive that opportunity besides Classen?

I had to leave Oklahoma after high school. My dad encouraged it. My mother and I never got along, I was smart (so the test scores said), and I knew I could find the money to be able to afford school out of state. I think that I wanted to leave Oklahoma to see what else was out there. Oklahoma had been my life for 18 years, and it just made sense that I leave. I applied to nine schools, and was accepted to all of them. In the end, I chose to go to school at Colorado College in Colorado Springs, Colorado. Why did I choose to move to Colorado versus Vermont, New Orleans, or Washington D.C.? I chose Colorado because it was closest to Oklahoma without being in Oklahoma. I knew I wanted to be close enough to Oklahoma that I could buy that last minute plane ticket if there was a family emergency, but far enough to experience something new and incredible. Also, it helped that Colorado College awarded me a good amount of money. Choosing to move to Colorado just made sense. 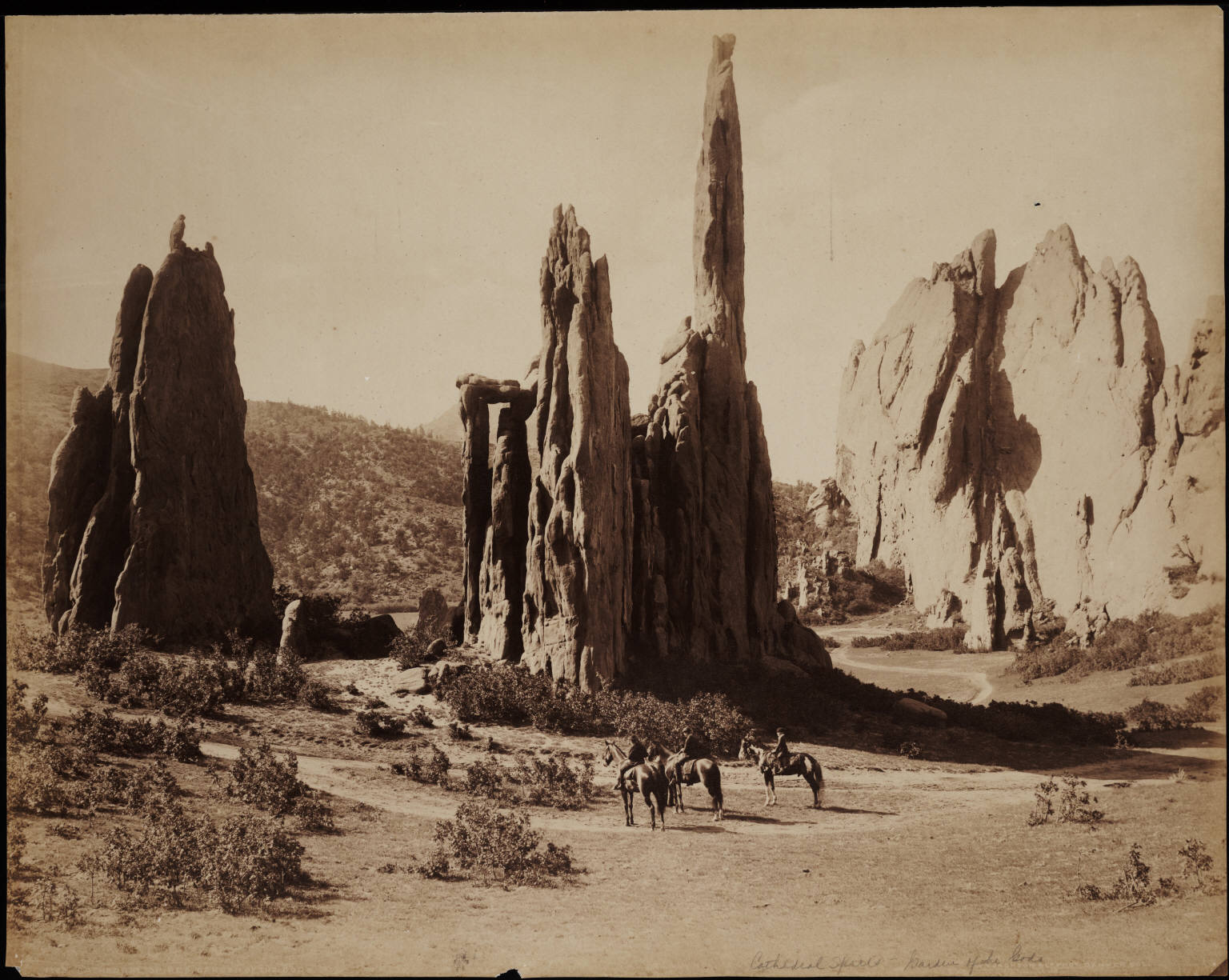 I love Colorado College. I study with brilliant professors, I interned with Senator Michael Bennet…but…

As much as I loved the intellectual atmosphere of Colorado College, I felt uncomfortable. First of all, I didnâ€™t know anyone. I had to make new friends all over again. I had to go through awkward interactions of finding people who were like-minded and fun to be around. Second, a lot of the student body comes from the Northeast, specifically boarding schools. How was I supposed to understand these ultra rich white people? Colorado Collegeâ€™s student population was so unlike Classenâ€™s population. Third, everyone was like-minded. Everyone was liberal, enjoyed the outdoors (Who wouldnâ€™t though? Have you seen those mountains?), and partied a lot. Lastly, Colorado Springs was weird. Mega-churches are everywhere! Focus on the Family, Young Life, New Life, etc, etc. The Air Force Academy- all in Colorado Springs. Iâ€™ve never received so many booty calls as I have from Air Force cadets. The conservative Colorado Springs community and the liberal Colorado College community were in constant tension with each other. Ultimately, I found that Colorado Springs was characterized by a lack of diversity. I missed home, Classen, and my parents. Most of all, I missed Oklahoma.

I felt awkward, nervous, and unlike myself. Many times I had contemplated transferring to University of Oklahoma or University of Tulsa. Home was familiar. I was happy in Oklahoma, because I knew who I was. I knew my identity was contingent with my upbringing and experiences. Colorado Springs isn’t Oklahoma City. How was my identity contingent on a place where I felt like I didnâ€™t belong? It almost felt like Colorado was a transitional stage before I chose to go back to Oklahoma.

After a semester, I realized that Colorado could be just as much my home as Oklahomaâ€”just in a different way. Living in Colorado has helped me rediscover my identity. Oklahoma is my past, Colorado is my present. I will never dismiss either, because they have helped me become who I am, and who I am going to become. How else was I supposed to understand privilege without understanding and experiencing it? I will have a $200,000 education when I graduate from Colorado College; I am able to speak about inequality in an academic framework; and I am perpetuating that cycle of privilege by receiving a college education. Colorado is also home to me because it has forced me to ask questions about my place, my home, and my identity.

I can have many homes.

Oklahoma City is still near and dear to my heart, but Colorado Springs has allowed me to explore and reaffirm my identity. I left Oklahoma, but Oklahoma is still in me. My friends at Colorado College will occasionally state, â€œYou have a lot of state pride.â€ I sometimes take offense to that comment, but I quickly get over it and sing the state song. There is nothing but to have state pride when the Flaming Lips reside in your hometown, when â€œSooner Stateâ€ historically really means â€œLow Down Cheater Stateâ€, and when the state vegetable of Oklahoma is watermelon. I honestly donâ€™t know if Iâ€™ll ever come home to live in Oklahoma, but itâ€™s plausible.

My point is that Oklahoma City is home to me.Â  For me, OKC is this weird space that I can occupy and feel comfortable, awkward, loved, and excited. Oklahoma City is the community where no one makes fun of me because I think Wayne Coyne is the most attractive 50 year old man I have ever seen; the place where everyone does make fun of me because I donâ€™t eat meat, drink cowâ€™s milk, or eat gluten products;Â  the Southern twangs when I am at Will Rogerâ€™s World Airport; the place where I can go to Lake Hefner and watch the most gorgeous sunset I have ever seen.

When I left this strange place I felt confused about my life. I didnâ€™t mean to leave OKC with such dismissal for this new place I would call home for four years. I had at one point even contemplated transferring to a school in Oklahoma. I am glad I didnâ€™t transfer. Being away from my home of 18 years has let me meditate critically, intellectually, progressively about my own life, my changing local community, and the global community.

Wherever you are, wherever I amâ€”home is whenever Iâ€™m with you OKC.

4 comments to “Home is Whenever Iâ€™m with you, OKC”