Epigraph: “Where were you when I laid the earthâ€™s foundation? Tell me, if you understand. Who marked off its dimensions? Surely you know! Who stretched a measuring line across it? On what were its footings set, or who laid its cornerstone – while the morning stars sang together and all the angels shouted for joy?” Book of Job, 38:4-7 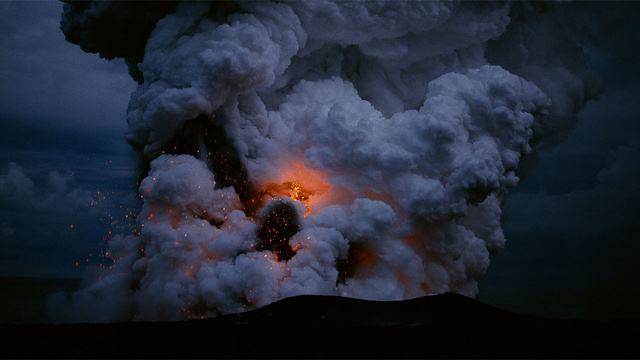 The tension, the theme, the reason Terrence Malick’s Tree of Life exists is found in these lines: “There are two ways through life. The way of nature and the way of grace. You have to choose which one you will follow.”

Mother chases three sons down the dusky street of a small West Texas town in the 1950s. Joy permeates the scene. She is the Virgin Mary, the Holy Mother, the New Testament Messiah, and the embodiment of grace. “No one who loves the way of grace ever comes to a bad end.â€

Father is liminally present in the opening scene. He is Nature in flux, the Old Testament God of Wrath, a maelstrom of mercurial moods and hidden layers. His sons try to live up to his baffling standards.

A scene of grief. The middle son has died – though causes are never specified. The notification comes via Western Union post. This throws the family into hindsight reflection, and prompts whispered inner searchings for an answer from God. God asks where they were when He laid the foundations of the earth. They return to him questions about where He is now. â€œAre you watching me? I want to know what you are. I want to see what you see.â€

Jack, the eldest son, is shown as an adult, wandering cathedral-like skyscrapers that are full of light and air, theaters of pure oxygen. His voice is heard, inaudibly at times. He is still immersed in grief. We hear him on the phone to his father, apologizing. Daily, he thinks about his younger brother who died. The wounds are still raw.

We see the creation of the universe in breathtaking purview. If God is in Malick’s sky, He rides on the backs of swirling horsehead nebulas. Celestial kaleidescopics fill the screen – they blaze and bloom, expand and contract. Billowing columns of smoke pour from an active volcano. Jellyfish pulse smoothly through the ocean deep. Malick’s cosmology is his own design, and that design is exquisite.

On earth, 1950s: the family is growing. Sons are born. The house is filled with raucous antics. Mother nurtures, Father disciplines. “Father. Mother. Always you wrestle inside me.” 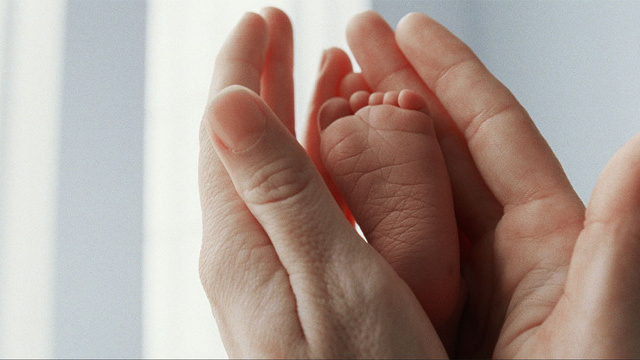 Frenetic cinematography shoots most of its subjects from below. The world is seen through the eyes of a child. The film is constantly in motion. Jump-cuts add new dimensions to the scenes. This is a brave new world of cinematography. Nothing has ever looked like this before.

At times, their father is affectionate and playful, but he is also quick to anger. The father is hard on Jack. Jack is the eldest son, the one with the heaviest weight of expectations on his small, defiant shoulders. He wants to please his father. He loves his father. He hates him. Jack begins to beat against the restrictive bastions and borders of expectation. He decides that he wants to do what he wants – even risking his father’s anger to do so. He has a good heart. We see him struggle with guilt born of acting on a normal boyish curiosity. He lays his hand on the shoulder of a neighborhood boy who’s scalp has been badly burned in a fire. He grieves angrily when a young friend drowns in a watering hole. Jack demands an answer from God, “Why should we be good if you arenâ€™t?”

He is at odds with his younger brother, who is gentle and obedient. This brother, the middle son who later dies, is a talented musician, and this wins the father’s approval. The father had what it took to be a world-famous musician. He obsesses over the choices he made that led him to a life he never wanted. Jealous of his father’s relationship with his younger brother, Jack spills water across a painting that his brother made. Jack hurts his brother’s hands – the source of the creativity that their father admires. He apologizes. “You are my brother and I love you.”

The tenderness of this film is overwhelming.

Scenes melt one into the other. The father leaves on a business trip and his sons explode with happiness, the tension in their home erased for a period of time. A cacophony of destructive glee surrounds the boys as they meet up with their posse in an alley, exuding the energy only rough-edged boys in rural towns possess. When their father returns, they are once again caught between the gentle grace of their mother and the disciplinarian nature of their father.

Elder Jack is questing. He is in the desert. A door in the desert appears, its frame held up by rocks. He passes through it and finds on the other side his younger self. He follows him to a shore, and the camera races along a converging tidal line. He is joined by others, and the gathering crowd throngs toward the water.

Despite the lack of a linear plot, there is a story here. In fact, there are many stories. We see a family, and follow the heart of what each has wrought by the paths they choose. We see the birth of the world, a struggle against God, a father’s unfulfilled dreams projected onto his sons, the unconditional love of a mother contested by external forces. We see grief. We see reconciliation.

Malick’s lush, gripping scenes are haunting. The lyrical nature of this story builds to symphonic crescendos as Life pulses with a soundtrack provided by the likes of Brahms, Bach, Mozart and others. Puzzling transitions burden the mind with questions long after the film has reached its conclusion, as it feels like more questions are raised than answered. This is the singular quality of the film that inexorably lingers. Tree of Life is a polarizing film that defies categorization, and explanations for its meaning are best found within each individual who chooses to watch it.

More Images from Tree of Life: