The Case Against 8 – directed by Ben Cotner and Ryan White, 112m

In 2008, the California Supreme Court found the 1994 ban on same sex weddings in California to be unconstitutional. After decades of struggle, legal recognition of gay marriage came to the most populous state in the union. It’s not hyperbole to call it one of the single greatest victories in the history of the movement for LGBT equality.

Then the voters of California decided otherwise.

Following a massive, divisive and hugely expensive campaign, a coalition of various right wing groups managed to get Proposition 8 passed in 2008, which stated:

This measure shall be known and may be cited as the “California Marriage Protection Act.”

Section 2. Article I. Section 7.5 is added to the California Constitution, to read:

Sec. 7.5. Only marriage between a man and a woman is valid or recognized in California. 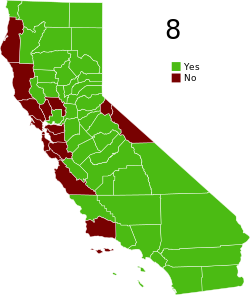 This threw thousands of couples into legal limbo and left equality advocates shell-shocked, dismayed and ready to push back.

â€œThe Case Against 8â€ is the story of that push-back and the people caught up in its wake. It succeeds where many documentaries fail simply by observing the rules of a good narrative. A documentary about a court case in which no footage of the actual case exists sounds like a recipe for an unwatchably boring film. The directors avoid this by drawing the viewer intimately into the strategy, planning, and execution of the case. No scene feels extraneous, no speech goes on too long.

At the center of the film are the two attorneys who were brought in to challenge the proposition, two incredibly accomplished lawyers: David Boies and Theodore Olson, who had argued against each other in the infamous Bush v. Gore decision in 2000. It was clear enough why David Boies was there, but for Olsen, a co-founder of the Federalist Society, legal council to Ronald Reagan, and Solicitor General under George W. Bush to sign on to what was perceived as a left wing issue confounded activists on the left as well as the right. Rush Limbaugh thought Olson had been brainwashed, and some GLBT activists suspected that Olson was a secret conservative mole sent to sabotage the case.

Olsen has a sort of understated charisma that dominates the film even though his screen time is limited. One of the great pleasures of this movie is seeing people who are unquestionably acting on their principles. Even when the atmosphere is grueling and tense, the film never loses sight of its humanist heart. It has the feel of The War Room, but without the vague cynical undercurrent. These are people who believe in what they are doing, and that sincerity is refreshing.

The personalities of the couples chosen to challenge the proposition in court don’t particularly stand out, which is exactly the point. To challenge the statute, attorneys had to find incredibly low key, likable, non-threatening couples who could also answer questions flawlessly under intense pressure. Kristin Perry, Sandra Stier, Paul Katami, and Jeffrey Zarrillo were the couples ultimately chosen to be the plaintiffs in the case, and they fit the bill perfectly.

The scenes of Perry and Stier interacting at home are so unremarkable that I found my attention drifting to the fact that they own the same color kitchen-aid mixer that I do.

I then remembered that I got it as a wedding present, and that they didn’t.

The key point of the film, and the point on which the case rested, was that no one could show any actual harm from gay marriage. If no one has been harmed, no one can seek redress, and this film is as good a document of the harmlessness of same sex marriage as any.

The film unfolds predictably enough; we in the audience presumably all knew how the case turned out, but the directors manage to even eke out a few moments of suspense at the end, before the cathartic release of seeing the two couples at the heart of the case finally seal the deal. The girl gets the girl, the guy gets the guy, and America moves a little closer to it’s principles.