Visual artists are full of surprises. Their styles grow and change as the artist ultimately strives to ascend creatively. Rarely do they ever stop exploring and that is what makes art so fascinating. For those who don’t know of Paul Medina, he is one of the most respected visual artists in Oklahoma. He has been represented by several well-known galleries and participated in countless high-profile exhibitions. Medina is also well-known for his efforts in working with at risk teens through art. Medina has a strong sense of community and understands the value of cultivating and preserving creativity in teens. He has a zest for the arts, enlightening the youth, and one more passion: writing.

With that in mind, Paul Medina takes his artistry from the surface of wood and canvas into the pages of books. He has created a manuscript steeped high fantasy and adventure. It harkens back to a time when there was a kind of innocence and magic in children’s literature. It is a time that I remember fondly in the works of such writers as Susan B. Cooper and old Dungeon and Dragons-style, “Choose Your Own Adventure” type paperbacks. I was introduced to high fantasy and legends through Cooper’s books “The Grey King” and “The Dark is Rising.” Those novels at their conclusion left me wanting to believe there was magic in the world.

Paul Medina has written a story that is timeless and more importantly, on time. Few people know about Medina’s passion for writing even though he has been writing nearly all of his life. He has written everything from short stories to poetry and now he is putting finishing touches on his first complete manuscript for a novel. It marks a milestone in Medina’s journey to find new outlets for creative expression.

I asked Medina what his book was about and why he decided to write it. In response, Medina let me to read some of the draft. I was astonished by his style of writing and the images his words conveyed.

“Enchanted Circles is a story that has been in my head for 20 years.” Medina says. “It is a magical adventure of a boy and his personal struggle to find a sense of belonging. It’s filled with sorcerers, magical beasts, and a journey that will take the hero into a captured village inside a magical cookie jar.” 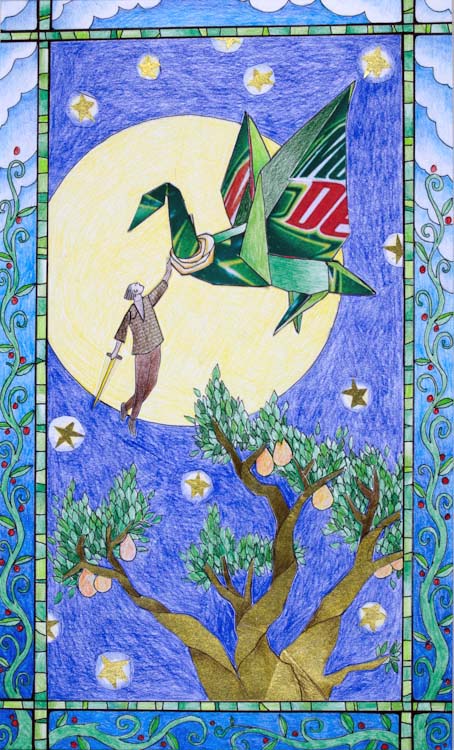 Medina says writing the story was his way of challenging himself to get it out of his head by turning it into 400-pages of actual story. It’s all about execution and follow through, kids.

One of the endearing qualities about “Enchanted Circles” is the fact that Medina illustrated the book himself.  Medina manages to combine pop culture sensibilities with a multitude of art influences. He cites the works of artists such and N.C. Wyeth, Maxfield Parrish, and Arthur Rackham. The illustrations themselves evoke a nostalgia for a time near the turn of the nineteenth century.

Another point of interest is how Medina conceived the book. The story reflects his own issues as a child and the experiences of at-risk kids he works with. The characters are well-rounded and relateable; Medina hopes people can see themselves in the protagonist, and empathize with the universal themes the narrarive offers. As for the writing itself, he says being a visual artist has had an effect on the way he writes. 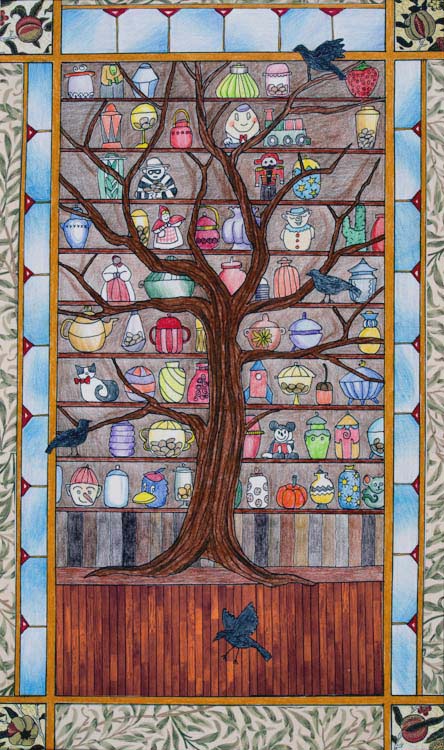 “The visual aspect of the book, and there are many, were definitely enhanced by my visual sense as an artist. I believe I have created a very fantastical world due to my life long experiences with conjuring up images in my non-literary pursuits.”

Paul Medina shows that creativity need not be confined to one form of expression, it can overlap other mediums and give rise to something truly special. If you want to follow the progress of “Enchanted Circle,” think publication news, release date, and all that jazz, check back with us. We’ll have updates.