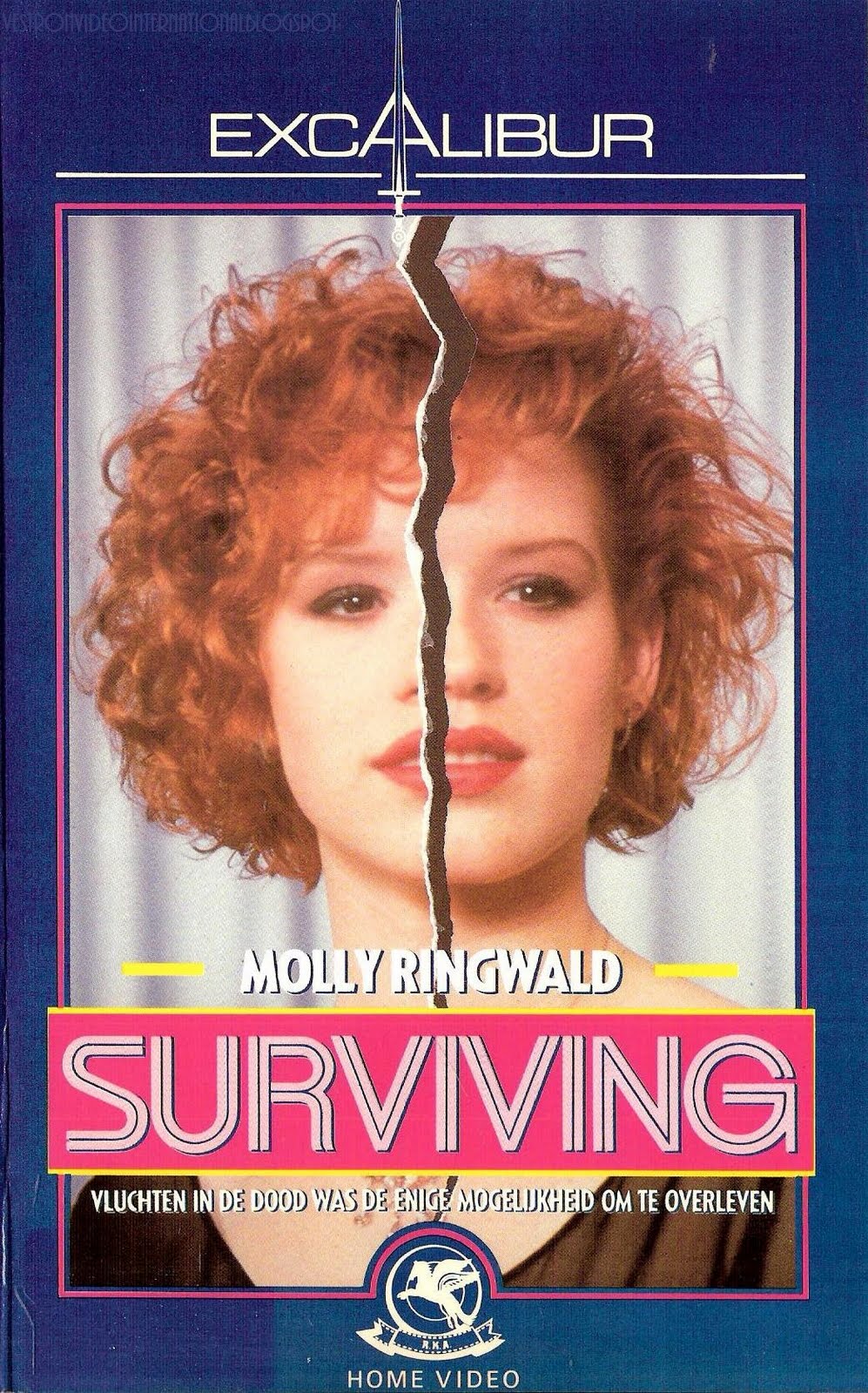 By Colin Newman – The list of films shot in Oklahoma City isn’t super long. Generally, people who shoot films in Oklahoma are here for the wide open red plains, not for the mostly post-1950 landscape of OKC. The list is growing as our reputation as a “creative” city grows, but you would be hard pressed to put together a long list of movies filmed in OKC between 1950 and 2000.

One notable exception is “Surviving,” an ABC made for TV movie starring teen film stalwartÂ Molly Ringwald at the height of her popularity alongside a bevy of talented character actors, includingÂ Ellen Burstyn and a very young River Phoenix. As soon as I became aware of it, I knew I needed to see it, if only for the vintage glimpses of the bad-old days of post-oil bust OKC.

Watching “Surviving” is a surreal experience for a number of reasons. Directed by BBC vetÂ Warris Hussein (who directed the first cycle of Dr. Who), it was filmed in and around Nichols Hills, an area I have driven through very slowly many times. There aren’t many OKC landmarks on display (with the exception of Classen High School, now Classen SAS), but the general feel of slightly faded 1970s oil opulence and the big sky exteriors get the point across.Â  Additionally, Ringwald’s character is very similar to the ones she played in the John Hughes classics “Sixteen Candles” and “The Breakfast Club,” giving the entire enterprise a highly familiar quality before going down some very dark roads in the second act, literally and figuratively. If you have ever wanted to hear Molly Ringwald discuss unsuccessfullyÂ euthanizing a sick chicken as a metaphor for a failed suicide attempt, this is the film you have been waiting for.

Ringwald plays Lonnie, who we learn early on has just been released from the hospital after a failed suicide attempt. Lonnie connects with family friend Rick (the improbably handsome Zach Galligan, best remembered from the Gremlins films). He charms her by being the only person who doesn’t treat her like she just got out of the mental hospital, and she charms him by being attractive and super into him. Clearly these two are deeply contemplative people.

Rick is an aspiring photographer, a dream quashed by his hyper-demanding father (Len Cariou), who wants him to be a surgeon like himself. Although the only photographs we see Rick take are creepy, candid shots of unsuspecting people, so maybe he’s right to push the lad in a different direction. Not everyone is worldly enough to be an undercover artist like the French photographer Sophie Calle. Things get interesting when young Rick discovers that his father is a philandering hypocrite and stops caring about his dictates. Meanwhile Lonnie discovers that her problems at home are right where she left them, and together they spiral downward in in familiar Romeo and Juliet fashion.

Since this is a film about teen suicide, it’s not a spoiler to reveal that they kill themselves at almost exactly the one hour mark. The remainder of the film is about the aftermath of their loss on the people around them, as the two families survey the wreckage left behind and try to salvage something worthwhile from it.

Despite a talented cast, the film is wildly uneven, and at time it threatens to topple under it’s own earnestness. The acting veers from subtle to wildly melodramatic, sometimes in the same scene. It’s strange in a way that only a made for TV movie can be. The script has moments of insight and emotional power more typical of the current “TV Golden Age” than a 1980s movie of the week, but it also has more than a few moments where it walks up to the line between earnest and preachy and then steps right over. Years of watching TV obsessively have trained me to see the invisible hand of the TV Executive when it reaches into the script, and it’s particularly jarring here. The graveside eulogies and high school teen suicide seminar (seriously) are adamant that you understand that this film is being presented as a Public Service Announcement. I’m here to tell you they can be safely fast-forwarded through. You won’t miss a thing. It was tragic, moving on now.

The most endearing thing about this film is how much better it is than it needs to be, even as it falls short of actually being good. “Surviving” was the follow-up to ABC’s wildly acclaimed nuclear apocalypse film The Day AfterÂ  and it has ambition in spades. Everyone involved seems to have at least occasionally put their best effort into it. Apparently there was a minor controversy over the fact that it was snubbed for an Emmy, and the script won the Humanitas Prize, which Wikipedia tells me “is an award for film and television writing intended to promote human dignity, meaning, and freedom.” “Surviving” is much better than typical Movie of the Week fare, and is even a cut above the bottom tier of 80s “brat pack” films. There’s a good movie in here somewhere, they just didn’t quite find it.

If you want to find it, you can’t purchase it here, because it is out of print. You can look for it at local “Mom and Pop” movie rental places with obscure and strange VHS sections, eBay or at your local thrift shop (your best bet might be The Golden Goose Flea market out there in Midwest City), or you can easily download it on the Internet, provided that you know how to use a search engine and bittorrent. Not that I’m advising you to break copyright laws, I’m just saying, if you’re desperately trying to find it and it’s no where to be found, there are ways. If you’re a good citizen, you might lobby Amazon, Netflix, or Hulu’sÂ  customer service departments (or online form equivalents) in the hopes they’ll offer it as a selection soon.