Start circulating around the art scene of any town and you’ll bear witness to many new creations. It’s a true cocoon spun into a metamorphosis kind of butterfly wing spectacle. And around these parts, there’s more than enough live music and art to pass around, and while I adore and soak it all up, what about the written word?

Words are an aspect with which we use to communicate. To commit to a lengthy book of wonder, filled to the brim with imagery, is real impressive. For a wise old man living like a hermit in the sticks, it is to be expected. For a strapping young man of 26, the stakes are higher, but made more momentous with each new success. 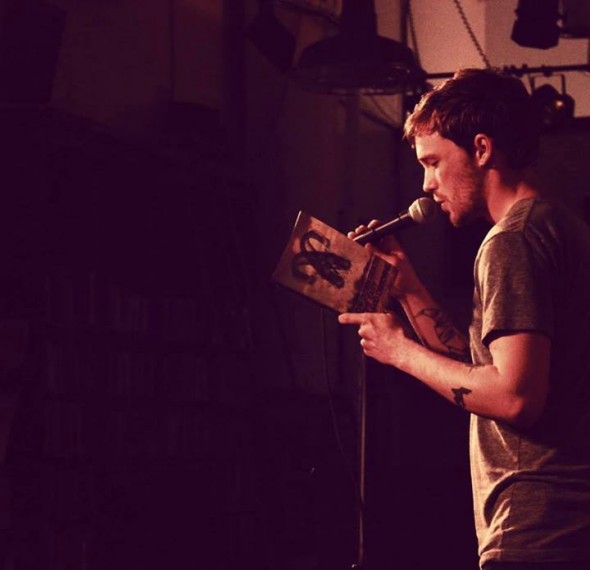 J David Osborne has a real knack when it comes to using vivid language. After two books, “By The Time We Leave Here, We’ll Be Friends” and “Low Down Death Right Easy,” it was time to for him to gain a different perspective on what it meant to produce a physical novel.

In what he calls his “doe-eyed naÃ¯vetÃ©,” he set out on the quest to pave a path for fellow crime-fiction authors such as Stephen Graham Jones, Jed Ayres, Pearce Hansen, William Boyle, and Red Hammond. As with any journey, he encountered some complications along the way. It was in the face of adversity that Osborne decided to reach out to his community asking for support. The site Kickstarter was the first place he chose to drum up contributions from hungry genre readers and other supporters.

Those who deserve the best in life get what they have coming to them. After promises of personal handwritten stories, e-books and print editions of the publishing company’s first releases, Osborne reached and surpassed his goal of $5,000 with a week to spare.

OKC.NET: Do you find Broken River to be one of your biggest accomplishments?

Osborne: Well, the books aren’t out just yet, but I think that once I have the big stack of books, and the ball is rolling, I might let myself feel a little accomplished, yeah.

OKC.NET: I’m sure you will be sitting pretty very soon. Once everything is working like a well-oiled machine will there be any branching out into other genres?

Osborne: For the moment it’s going to be strictly crime fiction. Although, I do want to stretch the definition a little bit. I don’t want the same stories of drug dealers and tweakers over and over again. I’m constantly going to be looking for “the new thing.”

OKC.NET: What were your favorite and least favorite parts of creating a publishing company?

Osborne: My favorite part has been the connections I’ve made with awesome people. I’ve gained a lot of good friends through this process. I feel like I have a family in these weirdos, now. My least favorite part is being torn away from the work I love to go to a job that’s just…there. For money. I hate not being able to give all my time to this.

OKC.NET: Speaking of money, was it hard to meet your goal on kickstarter?

Osborne: It wasn’t especially difficult, which surprised me. I promoted it as hard as I could, did some interviews with nice people. Kickstarter works if you have something people want, and it turns out there are people out there who love to read, still.

OKC.NET: I am one of them and there’s a reader born every minute. Any advice to the younger generation interested in doing something like this?

Osborne: I think I am the younger generation. At least I hope so. 26 isn’t old, right? Depends on who you ask, I guess. Anyway. Anyone who’s trying to do this, or really anything: be passionate, be patient, and care about the art and the artists. Artists first. They are everything to me.

You can follow more of Osborne’s new here. And there’s also a free downloadable book on the site. Although a $1 or $2 for donation is nice too.