No mixes this week. Although today’s featured musician, Barbarossa (James MathÃ©), was on the last mix I made. There is an advance preview of his album “Bloodlines” on NPR affiliate KCRW’s website.

“By way of introduction, “The Load” exemplifies just why Memphis Industries are so excited to be working with Barbarossa.Â  Making a virtue of minimalism, “The Load” is a sparse and delicate ballad, undercut by a distorted organ refrain, and constructed around MathÃ©â€™s remarkable and tender vocals. All of which mark him out as an exciting emerging talent.” – Memphis Industries.

They are not wrong. I really enjoyed his BBC 6 session with Mark Riley too, which is on Soundcloud as well. A little Googling reveals he’s a musician who’s been a part of acts like JosÃ© GonÃ¡lezâ€™s live band and GonÃ¡lezâ€™s psychedelic folk band Junip, and also supported Johnny Flynn. “Bloodlines” is his sophomore effort after 2007’s “Chemical Campfires.” It’s pretty darn good. But I have a weakness for introspective bedroom projects, I’ll admit.

I could go on for awhile trying to describe it. Last week I said I heard some Jack Whiteness wrapped up in the production, and after searching around the web I found an interview whereÂ MathÃ© basically said White’s work with analog was an influence on “Bloodlines,” but I’m going to steal a paragraph from Eric J. Lawrence, since KCRW is the one streaming the album and I kind of just don’t want to dive into a description of each track. Part of the joy of “Bloodlines,” I think, is letting the album breathe from song to song.

“Comparable to the rhythmically-diverse sounds of Alt-J (minus the florid vocal arrangements â€“ Barbarossa is, in great part, a one-man show), Bloodlines shows off MathÃ©â€™s diverse influences. Some songs (â€œPagliaccioâ€) fall into a traditional pattern of modern electronic pop, reminiscent of bands like Hot Chip. Â Others have a more rock-based rhythm (â€œTurbineâ€), while still others (â€œButterfly Plague,â€ â€œSavoir Selfâ€) hang together on the strength of MathÃ©â€™s soulful vocals, which betray the influence of Dâ€™Angelo or his former bandleader. The keyboards which form the main musical thrust of the songs lean towards the vintage and analog sounds of Casio and Roland, yet are used in very contemporary ways. Even their label, Memphis Industries (The Go! Team, Field Music) canâ€™t be pegged to one type of sound.Â  Trying to sum it all up seems a foolâ€™s errand, so what better answer than to throw up oneâ€™s hands and let the listeners decide for themselves via a complete album stream as part of KCRWâ€™s Album Preview!”

Give it a listen. If you like it, you can pre-order it. “Bloodlines” comes out Aug. 5th on Memphis Industries. 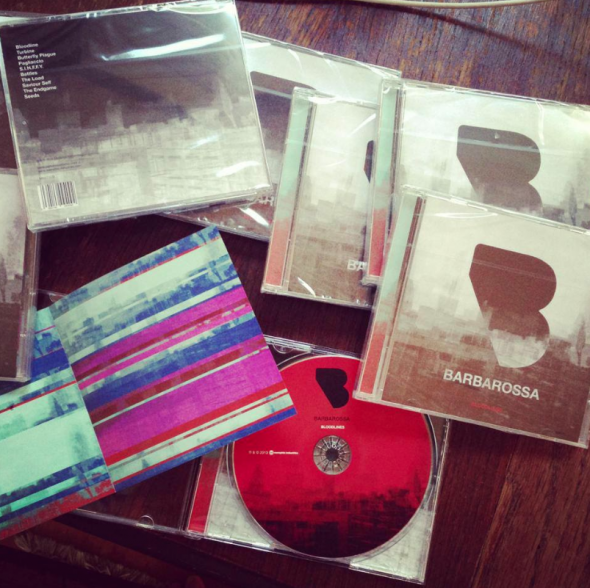