These three Oklahoma bands all got together their respective female leads to fuel a show at Kamps. You can expect to see Em and the Mother Superiors at OK Woodstock 2013 this Aug 3-4th. You can also catch Honeylark this Sunday at Norman’s Summer Breeze Concert Series out at Lions Park. At any rate, seems Kamps has recently fashioned itself into a pretty decent live music venue. 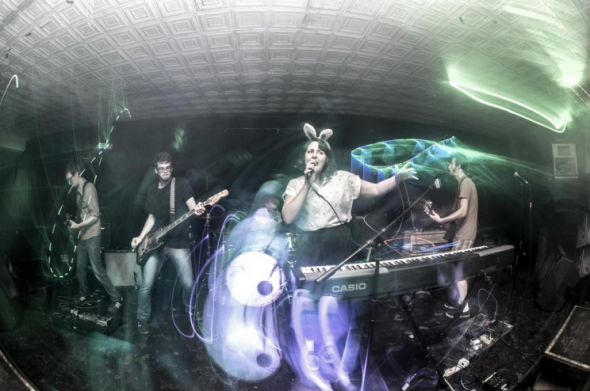 Feathered Rabbit, who played the main stage at Norman Music Festival this year, played a fuzzy set to kick things off. And later Honeylark, started by two members of the Green Corn Revival Natalie and Ryan Houck, got in touch their brand of “folk-rock noir.” 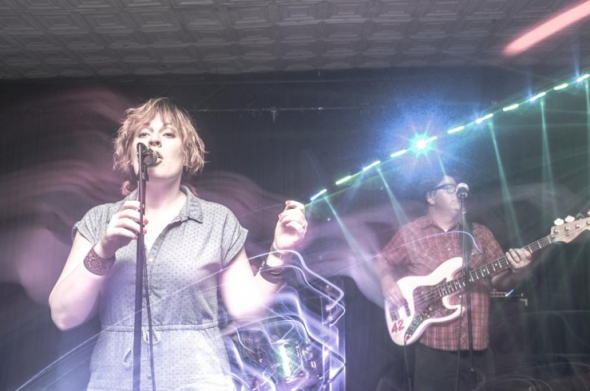 Em and her Mother Superiors shot out like they were powered by rocket fuel in full superhero gear to finish with a show that I won’t soon forget, despite the fact that they apparently don’t practice. Well, if you play enough shows, maybe you don’t need to. 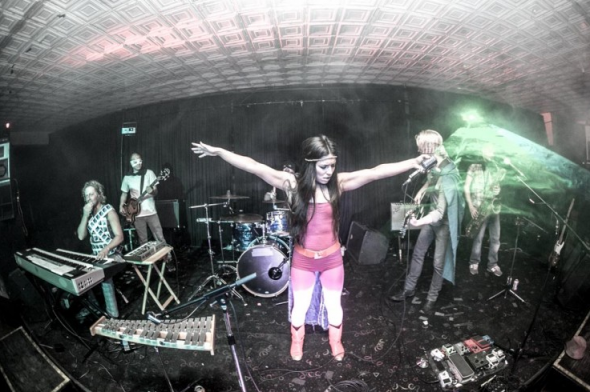 Em and the Mother Superiors. Photo by Dylan Johnson.

All the estrogen infused performances were built on attention and anxiety funneled into an androgynous climax of superhero outfits and pure energy. If one wanted to catch one of these bands in the near future, I’d advise you to make hay while the sun shines. Good bands don’t bless their hometown with an abundance of shows before they elevate and float away.