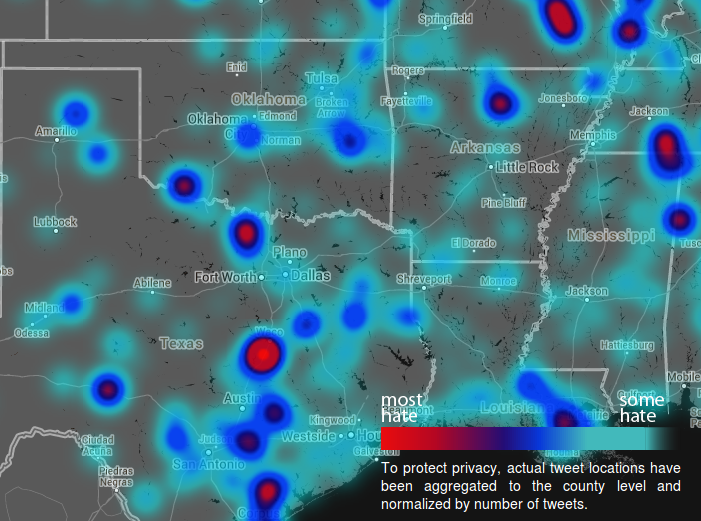 We’re pretty laid back here at OKC.NET. It’s hard to shock us, and we’ve dealt with our share of trolls in the past. With a community of over 20,000 on Facebook and over 200k page views per month, it’s amazing that we don’t get more trolls. It’s a testament to our readers that we rarely encounter anything so toxic that it makes us want to bring down the hammer, but when it does, it kinda gets to us.Â  For that reason, we’re gonna have a little discussion about free expression, censorship, and where we draw the line in the “Brave New World” of Internet anonymity.

The First Amendment ideally facilitates the Marketplace of Ideas.Â  This is how American society is supposed to handle objectionable ideas: great ideas are valued and up-ranked while extra bad ideas are down-ranked (Dear Google, we used you as a metaphor! Give us more traffic! KTHXBYE.)Â  The Westboro Baptist Church uses hate speech in its otherwise non-violent, legal demonstrations, and they are arguably the most hated people in America at any given moment, which is a pretty heady accomplishment in a country where both Terry Nichols and the BTK Killer live. While the Supreme Court has decided to protect the “moral” and “political” views of the Westboro Baptist Church, society is urged to answer their intolerance with speech and counter protests so as to marginalize their influence.

To quote the ACLU, it was bound to happen eventually, “Perhaps, then, with the outsized benefit we enjoy for living in a free society, we collectively bear a correspondingly large burden of a different sort.Â  Perhaps it is incumbent upon us to speak out wherever and whenever we encounter hate speech, to counter it not through government action but through correction or, where that fails, counter-protest.Â  To do so is not only to repudiate hatred but also, in so doing, to build community.”

This isn’t the only view on this; many countries have an outright ban on what they consider “hate speech” as a matter of public safety. The argument is that some sorts of speech are so incendiary that they constitute intimidation and incitement to violence. Britain, Canada, and many other European nations follow this model. Are we naive? The ashes have barely cooled in Germany and Poland after all. I prefer to think not. I have faith that as a community we can marginalize destructive ideas without government intervention. That’s where our new “Hate Speech Policy” comes in.

On our website, and by extension on our other media platforms, we want to promote fair speech. We do not have to accept hate speech. Nobody is going to benefit from conversation about the challenges we face as a city and a community if discrimination and slurs are the norm. We can’t prevent people from saying blatantly messed up things, but we can keep them from saying it in our living room.

For the record, we prohibit on our Facebook pages and in the comment section of our various websites speech which attacks or demeans a group based on race or ethnic origin, religion, disability, gender, and sexual orientation/gender identity. Got it?

Rule of thumb: No Jerks.

“In recent days, it has become clear that our systems to identify and remove hate speech have failed to work as effectively as we would like, particularly around issues of gender-based hate. In some cases, content is not being removed as quickly as we want. In other cases, content that should be removed has not been or has been evaluated using outdated criteria. We have been working over the past several months to improve our systems to respond to reports of violations, but the guidelines used by these systems have failed to capture all the content that violates our standards.”

That’s not even us. That’s noted hoodie spokes-model Mark Zuckerberg. (Actually, Facebook bans some pretty questionable things – for example, as a sop to get access to the Turkish market, Facebook bans any speech that is critical of the founder of modern Turkey or supportive of Kurdish independence. So if you thought of starting the “Kurdistan Now!” page on Facebook, forget it.)

Comments that advocate discrimination are toxic to civil discussion because it takes the focus off the real problems and singles out individuals for undeserved blame. I need only look back to a suicide in Norman last year as an example where people in the community came out to share their prejudice in what was supposed to be a civil public forum about making October a LGBT awareness month.

A teen, Zach Harrington, took his life after a dismal Norman city council meeting where every negative slur said against anyone who identifies as LGBT was internalized in this kid’s mind. And while the meeting may have been the final straw for Harrington, it was not the only incident of discrimination contributing to his internal anguish. Not all of us, especially kids, have the kind of psychological immunity that enables us to deal with these sentiments in a balanced way. Whatever your belief system, there should be a few core values that unite this mixed landscape. Protecting some of our most vulnerable members (children, for instance) from discrimination and hatred should be one of those values. Not all hate is violent, but most violence springs from hate. Once you stop seeing people you disagree with as fellow human beings, it’s easy to believe that violence is the only solution to your problems.

And it’s really a terrible solution.

I’m ending this editorial with a photograph. I chose it because this is who we are at our best. I refuse believe that there is a good reason for us to be anything less. 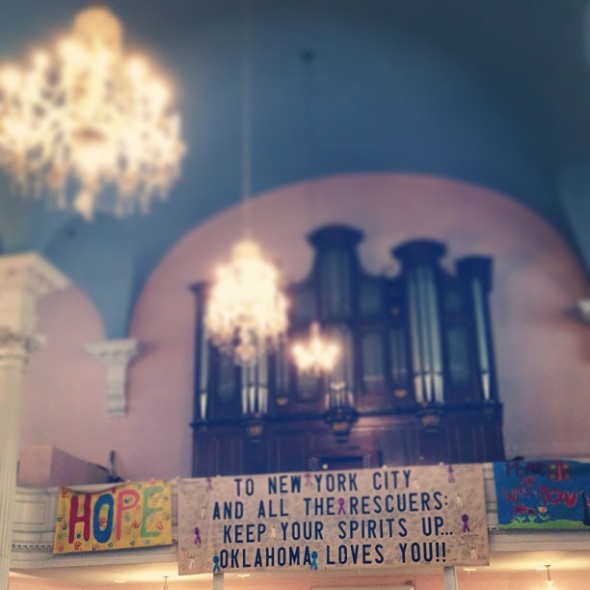