Last Friday, I attended the Honors Class hip-hop show. This show was put on by OKC rapper Big Worm and very appropriately named seeing as he will be graduating high school tomorrow. Worm assembled some of the cityâ€™s best to put on a graduation celebration for him and his fellow class of 2013 grads.

The best thing about the show was that it didnâ€™t feel like a concert at all. It felt like an intimate gathering of friends who came together to celebrate good music and fun times. The show was at Twisted Root in the Paseo district. The intimate crowd buzzed with conversations and anticipation for the performers. Many of the young people in attendance had not had the chance to be a part of the Oklahoma hip-hop scene until now.

The first performer was Latre, younger brother of Big Worm. Latre gave his very first live performance that night. He performed songs from his project titled Quarantined Thoughts, which he wrote while literally being quarantined after his kidney transplant last year. Watching him on stage was inspiring. Iâ€™m sure everyone in the room felt like a proud parent. 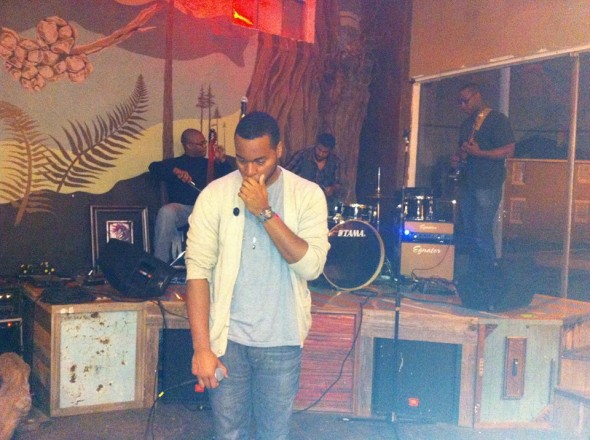 aDDLib performed again with his band from Norman Music Festival (electric cello included). Giving us romantic stories and tales of heartbreak, all the girls in the crowd were wowed and wooed by the end of his set. 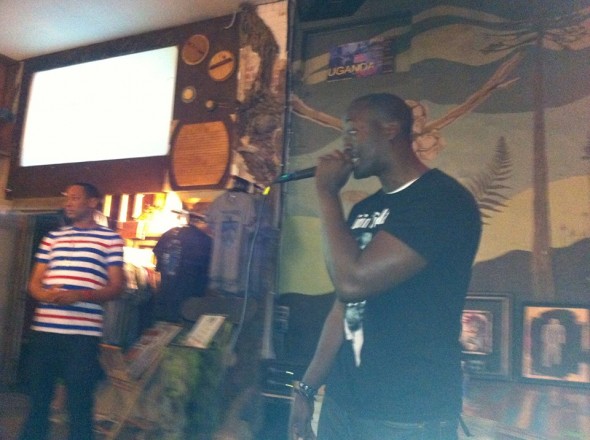 DMV native Frank Black gave the smoothest performance of the night. Frank has possibly the best flow Iâ€™ve heard from any rapper ever. His style is very organic yet true to the roots of hip-hop. Heâ€™s not a swag rapper but he raps withâ€¦swag. He reminds me of Jay-Z so Iâ€™m thinking it but be an East coast thing. His album comes out this summer and it would behoove you to buy it. And not just because I used the word â€œbehooveâ€. 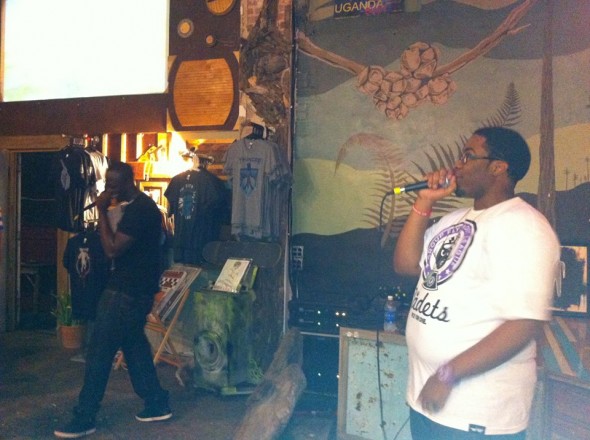 As always, the jokes were in abundance from L.T.Z. Also plentiful from TeaZee was new music. Every song but one in his set hadnâ€™t been previously performed. All of them told a story including the song Nola Meets Langston, an intriguing fictional tale of the poet Langston Hughes meeting the character Nola Darling (from the Spike Lee film Sheâ€™s Gotta Have It) at a club in the 2013. Another new song was the Steeze Me Up remix featuring the man of the night, Big Worm himself.

As a former disgruntled teen living in Oklahoma City, I think itâ€™s important to open up doors to people younger than me and expose them to things in our city that they may not be aware of. This is the case with Worm. He discovered the OKC hip-hop scene through attending Puzzle People shows and heâ€™s been hooked ever since. Worm has been rapping and producing music with his friends for a few years now and is already ahead of the game in so many ways. Not many teenagers with rap aspirations can say that they have recorded several projects, made beats for other artists, and have been asked to perform all over the city before even graduating high school. 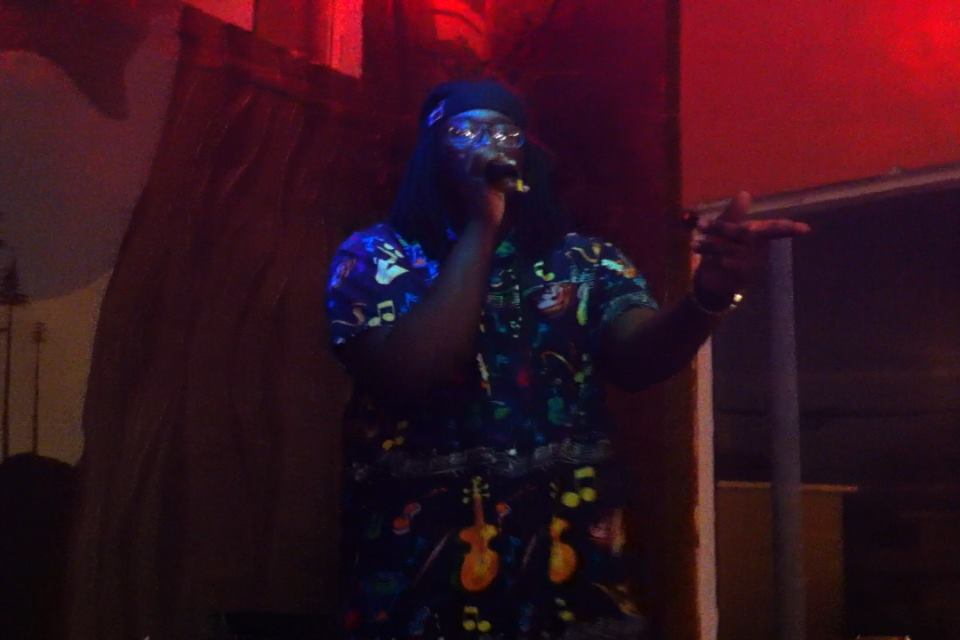 As Worm began to perform, the whole room grew excited: his friends yelling out words of encouragement and his family standing close by in anticipation. He performed songs from his recently released project Bench All-Stars. The album touched subjects including girl problems, getting in trouble for spending too much on sneakers, trying to pass classes and other high school woes. On one particular song, Master P (Pocket Fulla Money), all of Wormâ€™s classmates in attendance joined in on the performance, yelling out lyrics about spending the money that is burning holes in their pockets. His last song Defining Moments describes his feelings about ending this chapter of his life. Watching him on stage, you could feel the same sense of accomplishment and pride that he was feeling in that moment.

As all young artists, Big Worm has lots of growing to do and I canâ€™t wait to see what the future holds for this young artist. Check out Big Wormâ€™s latest project Bench All-Stars here.