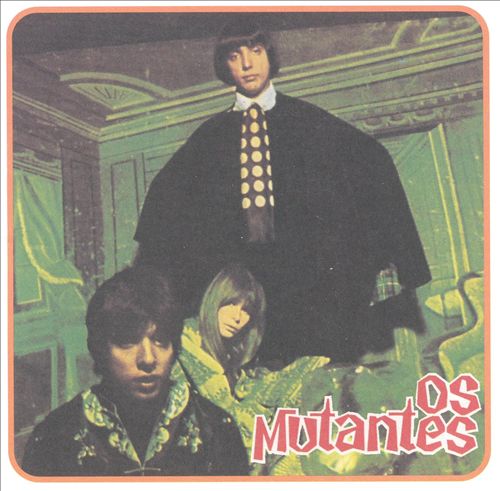 Of all of the bands at Austin Psych Fest, the one that I am most excited to see is one that most Americans have never heard of: SÄo Paulo psychedelic pioneers Os Mutantes. Portuguese for â€œThe Mutants,” they were at the forefront of the tropicÃ¡lia movement in Brazil in the late 1960s, an artistic and political movement similar to the late 1960s artistic and social insurrections in Paris, San Francisco, Prague, and elsewhere. Their eponymous first album (as well as most of the rest of their output) manages to remain fresh and relevant almost 50 years since it was recorded.

As musician Caetano Veloso puts it, tropicalia “…was a bit shocking. We came up with new things that involved electric guitars, violent poetry, bad taste, traditional Brazilian music, Catholic Mass, pop, kitsch, tango, Caribbean things, rock and roll, and also our avant-garde, so-called serious music.” This album manages to manifest nearly everything on that list. Like Brazil itself, the music on this album is a lively mess, mixing styles and influences at warp speed. The opener â€œPanis et Circensesâ€ begins with a heraldic horn flourish, progresses to a quiet circular acoustic melody with distant chanted vocals and then explodes into a full on beatles-esque pop song. All of this happens in the first 20 seconds. Their experiments with found sound and tape loops will be familiar to anyone in our mashup and sample happy 21st century, but it was remarkably avant-garde for the time, even in the avant-garde milieu of the time. Elsewhere they channel The Mamas and the Papas and French pop.

It’s impossible to pin a single style on Os Mutantes, because they incorporate and celebrate nearly everything on this record. This is one of the most dense and inventive albums ever recorded, sounding at times like King Crimson playing Bossa Nova (â€œMenha Meninaâ€), at other times recalling the best moments of brill building pop with a subversive wink (â€œSenhor Fâ€). The core group of Arnaldo Baptista, Rita Lee, and SÃ©rgio Dias are clearly accomplished musicians; the arrangements are so strange that they would have to be. That Os Mutantes were often the backing band for similarly out-there tropicalia patron saint Gilberto Gil makes perfect sense.

As with Gil and other artists at the time, the band managed to offend some of the wrong people in the ruling military Junta. On the pretext of saving Brazil from Communism (and perhaps the occasional â€œsuggestionâ€ from the CIA), the government alternately threatened, harassed, beat, imprisoned, expelled, and murdered dissidents. Never explicitly political, the band managed to avoid being exiled like their friends Gil and Veloso, but the pure weirdness of this album is a political act in itself; a giant â€œfuck youâ€ to a government who would prefer that the kids stay home and not ask too many questions.

Listening to this album now, it’s clear that the entire tropicalia movement was at least 30 years ahead of it’s time. Anticipating cultural trends as diverse as globalization and hip hop, it’s no surprise that their music still feels fresh, and that the idea of them going on a reunion tour doesn’t sound as absurd as, say, KISS. Times have caught up with this band and their friends (Gilberto Gil was recently the Brazillian Minister of Culture) and if you haven’t caught up with them yet, do yourself a favor and find this record. Or if you’ll be at Austin Psych Fest this year, you would do well to go see this band.