OKC.NET featured Keisha Register as a “Person of Interest” about two years ago. At the time she had been fervently raising funds for the Wallpaper Project. It initially started as a small idea with a couple friends, but soon it morphed into a collection of over 400 individual faces.

Keisha was initially reluctant to speak with me about the project’s journey, in part because she didn’t want to be the center of attention. She wanted to make absolutely sure I understood that, to her, the Wallpaper Project was not an art project so much as a documentary of her connection to the people in her community. Most of the Wallpaper Project participants came from Norman, but Register found participants from all over Oklahoma. 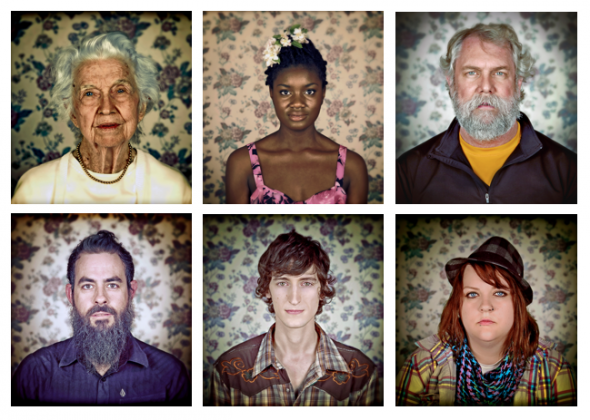 To understand how she got from Point A to Point B, you have to know that this was a true community effort. Whether they recommended the project to friends or paid for their portraits in advance, or just gave her a hug as she struggled with personal issues in her life, everyone who participated played a key role in bringing it to fruition.

This project, stressful in itself, coincided with a series of personal setbacks that we won’t broach here. This is where this documentary project became as much about self-discovery and expression as about her initial goals.

It may be readily apparent to the viewer that her emotions have influenced each portrait. Keisha said while the technical side of her photography utilizes Photoshop and a limited light set up,Â  at heart she approached each photograph in a “painterly way.”Â  She said certain colors would pop out depending on how she was feeling or there would be a intangible emotive quality in the sparkle of someone’s eyes, quirk of their lips, or choice of overall expression that she wanted to bring into focus.

Throughout it all she dealt with trying to finance an exhibition while adhering to her project guidelines. All the money had to come from her Oklahoma community, and by extension, all funds raised could only be spent within the community. This idea was challenged several times when people outside of Oklahoma heard about the project and wanted to help, and as attractive as their offers were, Keisha could not allow herself to break with her initial guidelines. She viewed anything that would compromise her original goals as a breech of trust between her and the community. Therefore, all proceeds from the Wallpaper Project will go to the Norman Arts Council to benefit future shows for local artists and musicians.

Keisha made it very clear she did not want anyone to brand the project with their sponsorship, but anyone who has tried to self finance an ambitious project knows that it isn’t easy. She’d tried to run two fundraising campaigns through Facebook and Kickstarter, only to have Kickstarter fail to reach it’s goal in time. After that particular set back, but not completely empty handed as she’d managed to raise $2,600, she took some time off to recoup. In the interim her life started to get back on track, she met someone and fell in love, and to keep herself sane she stepped away from the Wallpaper Project, giving her creativity room to expand again. 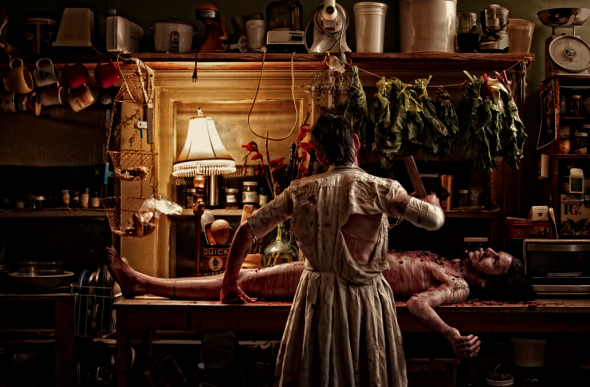 As we finished our conversation Keisha said something that struck me as universal.

“I wouldn’t have been the same person if I had made deadline.”Â

This isn’t to say that deadlines aren’t important, because there are, just ask the IRS, but that sometimes in failing to reach your initial goals, you learn a whole lot more about who you are as a person than you would have otherwise. For Keisha Register, it meant sticking to her ideals even when it wasn’t easy. But here’s the real key to Keisha’s story, it also meant turning to those in her community when she needed them most. Some goals cannot be reached alone, and ones that involve a broad community should enable project makers and other creatives to reach out to their friends, family, and fellow citizens. There are many easy roads in life, but not all of them are the right ones. Still it was Keisha’s journey to see this project through to the end, and prove that outside interests, no matter how well intended, are not needed to keep the spirit of community alive.

To get a hint of what that community spirit looks like, you’ll have to visit with her this Friday. She’ll be at Stash for the Wallpaper Project Preview during 2nd Friday Artwalk. Full show goes live on Thursday April 18th in Stash’s annex. If you happen to be one of our readers from Norman, you should go say hello that night. Keisha’s a lovely lady. A little flighty, mostly because she’s under pressure to get this whole exhibition up and is excited about it, but it is all in a very emotionally honest way. And that is a beautifully charming quality, a fact I believe is reflected in the portraits of each individual in the Wallpaper Project.

Here are the Facebook event details about April 18th’s event.

Curious about the initial project as it was conceived in 2011? Check this link.