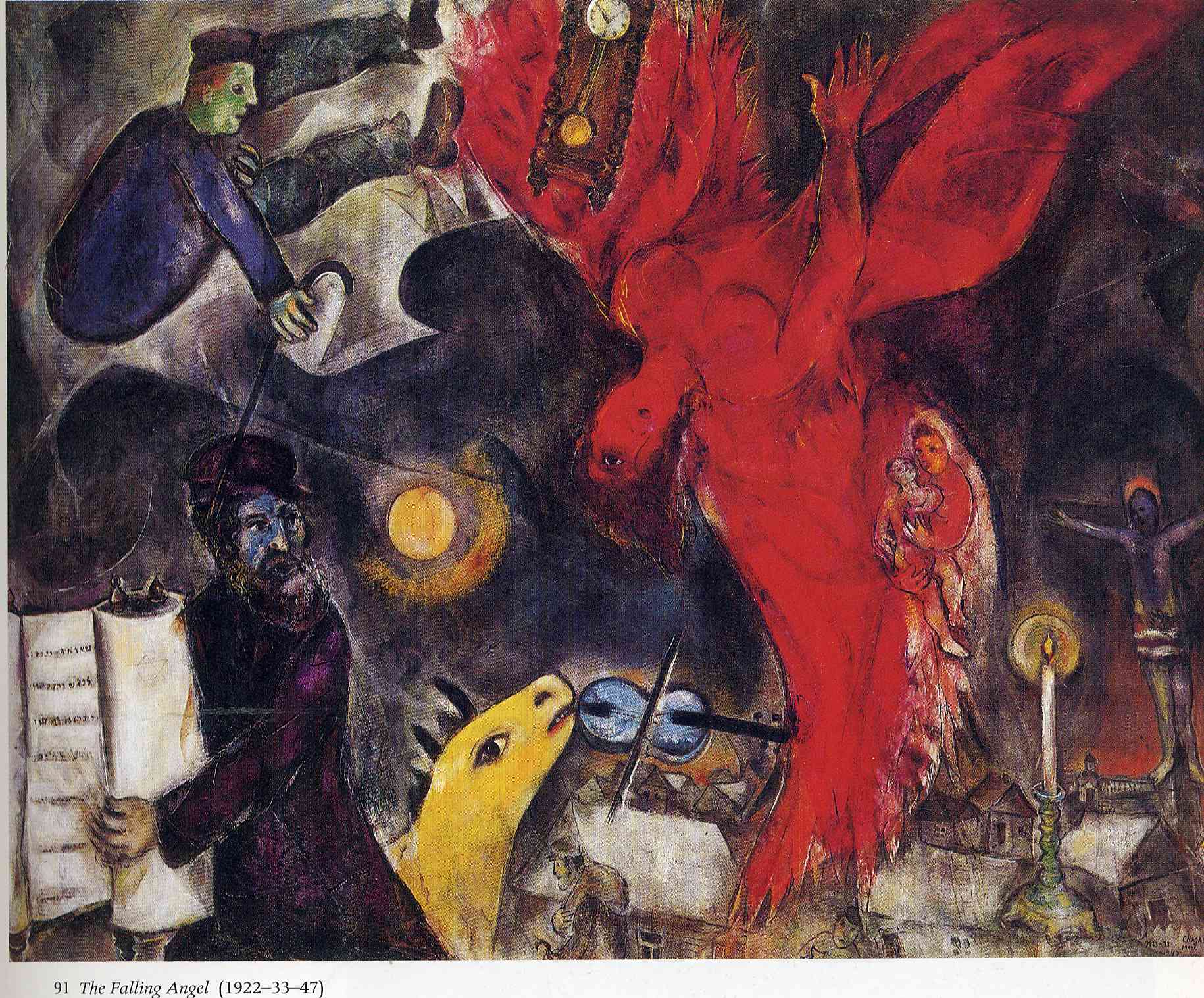 “We have got an important task assigned to us and we are not going to be able to fulfill it to anyone’s satisfaction as manic-depressives in a perpetual state of personal train wreck.” – Walter Alter

I have always found the world alternately transcendentally beautiful and soul crushingly unbearable. I have taken this to be a fairly accurate appraisal of reality, but apparently it is a symptom of mental illness.

In shrink speak, I have a diagnosis of bipolar 2, presenting with mixed episodes. What this means in layman’s terms is that if you could get a transcript of my internal monologue, you would think you were reading a dialogue between two people, one who is a narcissist on cocaine and another who is suicidally depressed. When I’m feeling “up” (the ‘manic’ part of ‘manic depression’) I feel invincible and unstoppable, it feels like I’ve received special bursts of genius and insight that I simply have to record, not for myself, but for all of humanity. I don’t need sleep. I’m in love with everyone. Several times I’ve been convinced that if I could just get to a casino, I would literally win every hand of blackjack and become a millionaire because I am just that special and awesome. This is what they call “poor reality testing”, but we’ll get to that in a moment. I imagine that this is what sociopaths feel like all the time, which is probably why they are so popular and well-regarded. If I could keep that sort of uncritical self-regard up for an extended period of time, I have no doubt that I could easily be the CEO of a fortune 500 corporation, or at least a John Edwards-style political sleazebag.

Unfortunately, it isn’t all secret insightsÂ  and high dollar casino jaunts.Â  It’s a funny anecdote of mine that I changed my major seven times in college and never finished. What I don’t typically bring up is that each of those changes was precipitated by an episode of intense self-destructive depression. Hey, have you ever sat in an unheated room and listened to the song Purple Rain by Prince 43 times in a row? I have! Have you ever driven to class early, sat in your car for over an hour until the moment when you knew for sure that you would be counted absent, and then driven home? I have!Â  It’s actually not accurate to call it depression. Depression can be sort of fun. There is a comforting rainy day vibe to wallowing in your own misery, like sad songs and Greek plays. What I experience is closer to anhedonia or total anesthesia. You reach a point at the absolute depth where nothing at all seems real; the world is a hazy gray dream state. I remember sitting on a boulder in the James River in Richmond Virginia, staring at the moon at 3 in the morning. I thought I saw a hawk circling me, and I just wanted it to dive down and peck out my eyes, because if I had to fight for my life I would have to care enough to fight. Of course it didn’t happen, and I wandered back to my dorm in the cold November sunrise.Â  This feels poignant to me now, but at the time it was no more interesting or important to me than what was for breakfast that day.

The worst part of Bipolar, though, and the reason that it has a higher mortality than almost any other mental illness, is the so-called mixed episodes.Â  Not everyone gets these, but I do sometimes. Quoth Wikipedia, a mixed state is:

“a condition during which symptoms of mania and depression occur simultaneously, such as agitation, anxiety, fatigue, guilt, impulsiveness, irritability, morbid or suicidal ideation, panic, paranoia, pressured speech and rage… Mixed states are often the most problematic period of mood disorders, during which susceptibility to substance abuse, panic disorder, commission of violence, suicide attempts, and other complications increase greatly.”

In short, it’s some scary, out of control shit. This is what you generally see in any pop culture depiction of manic depression, because it’s the most noticeable “wow, something is really wrong here” state for bystanders, and also the state that lends itself best to dramatic rendering. The charmingly fucked-up protagonist ofÂ  David O. Russell’s Bipolar comedy epic “Silver Linings Playbook” was basically mired in one giant mixed episode. That film was actually a pretty decent depiction of the condition, although I’m afraid that it does not typically result in dance trophies and lasting romances with Jennifer Lawrence. Cest la vis. Somewhere there is an audiotape of me, super duper drunk,Â  having a mental breakdown about how Turkey never really ever owned up to the Armenian Genocide. Mixed state!

It’s not surprising to me that Bipolar episodes often develop into psychosis over time. The feeling of an extreme mood state is very much one of being unmoored. So much of what we experience as reality is actually a complex interplay of social and environmental cues.Â  Sometimes at the frayed edges you aren’t entirely sure what is real.Â  Einstein observed that the passage of time is relative. I am prepared to back him up. If you’ve been awake for 28 hours working on one thing, building it in your mind faster than you can execute it in reality, that doesn’t feel as arduous as 10 minutes of trying desperately to care enough to take another breath.

I’m not actually sure why I’m writing this.Â  I think it’s important to talk about it given how many people I care about have been caught in the wake of my various periods of instability. Anyone who has ever been around me for an extended period of time has had crazy splashed up on them. Over the last decade or so I’ve gotten better at keeping it inside and performing the role of someone who isn’t crazy, but that just makes my behavior more scary and confusing when it’s finally too much to keep under wraps. It’s the people around me who suffer the most when I come unglued. When I think about the fairly substantial number of people I’ve known who no longer care to have anything to do with me, I can’t really feel mad at them. I’m not always easy to be around, and I’m not always easy to care about. When I’m manic I don’t care about anyone but myself, and when I’m depressed I think that everyone is better off without me. The fact that when I’m between those two poles I’m quite a compassionate, caring person is especially cruel.

I’m heavily medicated at this point; I no longer know what my authentic emotional reaction is to anything I experience. It’s selfish and stupid, but on some level I miss my untreated mental illness. It’s like when you update the firmware on your phone; the bugs are fixed, but something is different. Everything seems less colorful, less grand, less tragic. I feel like my ideas aren’t as good, or at least I’m not as excited by them as I was. It’s the difference between listening to music on giant studio headphones and tiny earbuds. The music is the same, but there’s less of it. I imagine it’s like what a recovered addict feels when they think about their addiction; it wasn’t a good thing, it’s good that it’s over, but there were some good times and it’s hard not to miss it.

The quote at the top of this article is from one of my artist friends who I corresponded with in the 90s. I quoted it to an old friend of mine a year or so ago when she was having a hard time. We weren’t super close or anything, just acquaintances really, but she re-quoted it a few times on Facebook after I sent it to her. She died pretty soon after that. Cause of death has never been adequately narrowed down, since she was falling apart in a lot of different ways, but I can say with a fair bit of certainty that bipolar opened the door to the things that eventually killed her. I would like to say that I don’t understand.

The Scientology crowd would tell me to flush the meds and walk the path of Hubbard, but I can’t afford that shit. At this point, I owe it to the people around me to try to keep it together. I’ll have to stick to the low level thrills of selling crap on ebay and trying to carve out a job that I don’t hate. As usual, my friends and loved ones have offered their selfless and unwavering support. Maybe this will be the time that I don’t shit all over them.