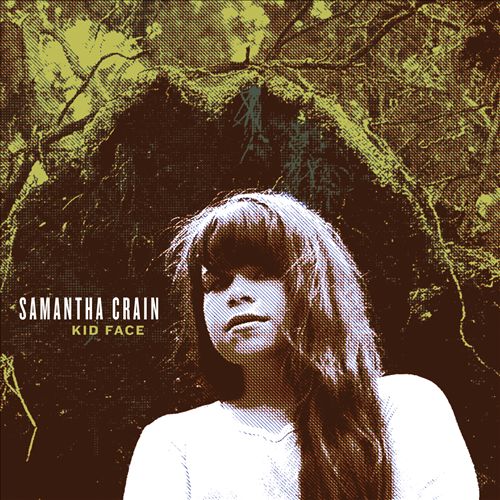 By Colin Newman – Rural highways are haunted places. Unlike the impersonal interstate system that replaced them, the highways are intimate and quiet. These roads have a habit of bringing you face to face with dead places and empty buildings. Samantha Crain’s Kid Face inhabits this shadowy landscape effortlessly. This is a set of songs about lost places and lost people, soaked in reverb and menace. This is Crain’s best album and my favorite album of the year so far.

â€œDid you get used to it, or are you still up with the demons all night?â€ Crain sings on the haunting â€œFor The Miner,â€ an open letter to Songs: Ohia and Magnolia Electric Co. songwriter Jason Molina. Molina is an obvious influence on nearly every track here. The weary â€œTaught To Lieâ€ recalls Neil Young’s funereal mid 1970s output, thumping along relentlessly like a blues stomp in purgatory. Other tracks, especially â€œPaintâ€ and the title track recall First Aid Kit’s fantastic album â€œThe Big Black and the Blueâ€, while â€œAxâ€ sounds a little like â€œJoni Mitchel sings Will Oldhamâ€ (which is an album I would probably buy). Really, though, this album sounds like Samantha Crain coming into her own as a songwriter.

With this set of songs Crain has integrated the reflective, personal songs of her last record, 2011’s â€œYou (Understood)â€ with the dark wide angle drama of 2009’s â€œSongs in the Nightâ€. Her voice, by turns ethereal and rootsy, is the glue that holds these songs together, and she has never sounded more confident or accomplished as a vocalist. Crain’s band proves particularly adept at building and sustaining tension, with Brine Webb’s thundering bass keeping the music tethered to the earth and Kyle Reid’s spacey pedal steel imbuing it with a distant otherworldly quality. The empathetic production and engineering by indie stalwart John Vanderslice gives the songs plenty of room to breathe, rustle, and rattle.

I would like Samantha Crain’s music even if she wasn’t from Oklahoma, but listening to this record, I can’t imagine that she could be from anywhere else. Kid Face sounds like an Oklahoma country road at midnight, deserted farm houses jutting into the night sky like ancient rock formations. This is a drive worth taking.

Crain plays tonight at The Deli in Norman at 10:00