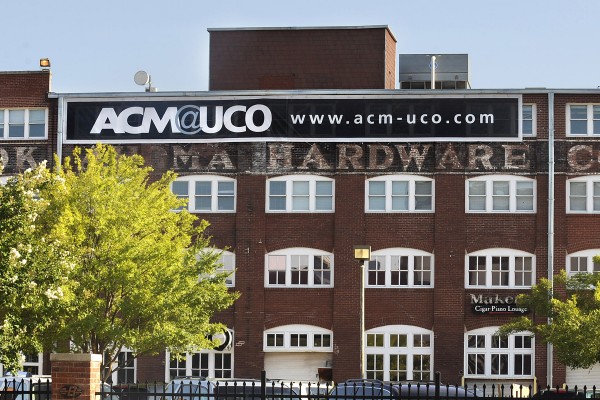 It’s time once again for the Norman Music Festival, and if you’re looking to catch some homegrown talent, look no further than the ACM@UCO Showcase.

This year, eight acts will take the stage, ranging from acoustic to blues and back again to progressive rock.

The ACM@UCO Showcase, which will be held at The Brewhouse (110 W Main) on April 27th, will begin at 6 p.m. and run until 2 a.m. Here’s a sneak peek at the performing acts, to prepare you for the real deal.

Opening the showcase is Cait Moore, a second semester vocal performance major at the ACM@UCO. Moore’s last performance was at the ACM Rocks Bricktown last Thursday, where she closed out the event at JJ’s Alley. Only in her second semester, Cait’s already made a name for herself online, where her music is available for free download here.

Cait’s got a lot of irons in the fire, performing her original acoustic material at venues around the metro while also serving as drummer for psychedelic rock band WeKilledtheLastSuperhero. If you’re looking for a reason to see her live, look no further than her cover of Manchester Orchestra’s “I Can Feel a Hot One” – definitely one of the standouts of her online releases.

You can listen to it here.

Next are the Kamals, a rock-soul quintet hailing from Oklahoma City, composed of friends who have jammed together for years. The group boasts a diverse live set, and is working on original material to release. They’ve played with bands like The Black Jack Gypsies and Jonathon Tyler and the Northern Lights, and released a debut EP in February. These five friends have been movin’ and shakin’ for years, and will have you grooving too.

Also featured at the recent ACM Rocks Bricktown showcase is Scott Fleenor, who performs blues and souls hits alongside his band. In addition to performing John Legend tunes and Stevie Ray Vaughn’s “Pride and Joy,” Fleenor also performs original works. One of his recent performances includes a song about the uncertainties that accompany graduation and life changes. Sliding effortlessly from one song into another, Fleenor gives a heckuva show for anyone who likes the blues. So if you like hearing blues goodness, come on out to see this one!

Did you miss Giraffe Massacre when they played at UCO’s Lunch at the Lake on Tuesday? Fear not, because they’ll be performing at NMF5 this year. David Carlyle and Nick Morgan blend instrumental melodies that skip from crazy guitar riffs to slammin’ drum beats. What they lack in number, they more than make up for in complexity, with songs that leave the listener unsure where they’ll take you next.

Looking for something a little different? Slanga and Breezy Burnz have you covered – they’re the standout hip-hop act of the night. Go ‘keep it trill’ with everyone at the set – no really, go ahead. I’ll wait.

“Let us step outside of ourselves and use you as a vessel,” Peach beseeches their listeners. What is Peach?

According to the band themselves, they’re a band ‘undefined yet destined for a definition.’ Stop by to listen to their ‘metaphorical love making’, they ask – in other words, listen to the music.

“The best thing we can give people at our shows is a great time,” Parks says. “That’s really what it’s all about, because everyone’s going to get something different out of the experience.” Will it be an experience to rival their school performances, where Gillette can be found playing bass barefoot? Will it be like their spring break show at Bad Granny’s, where Parks snapped a guitar string not once, but twice, all while playing in the dark?

Guess you’ll have to go and find out for yourself. While you’re at it, check out one of their crowd favorites, “Curious Exchange.”