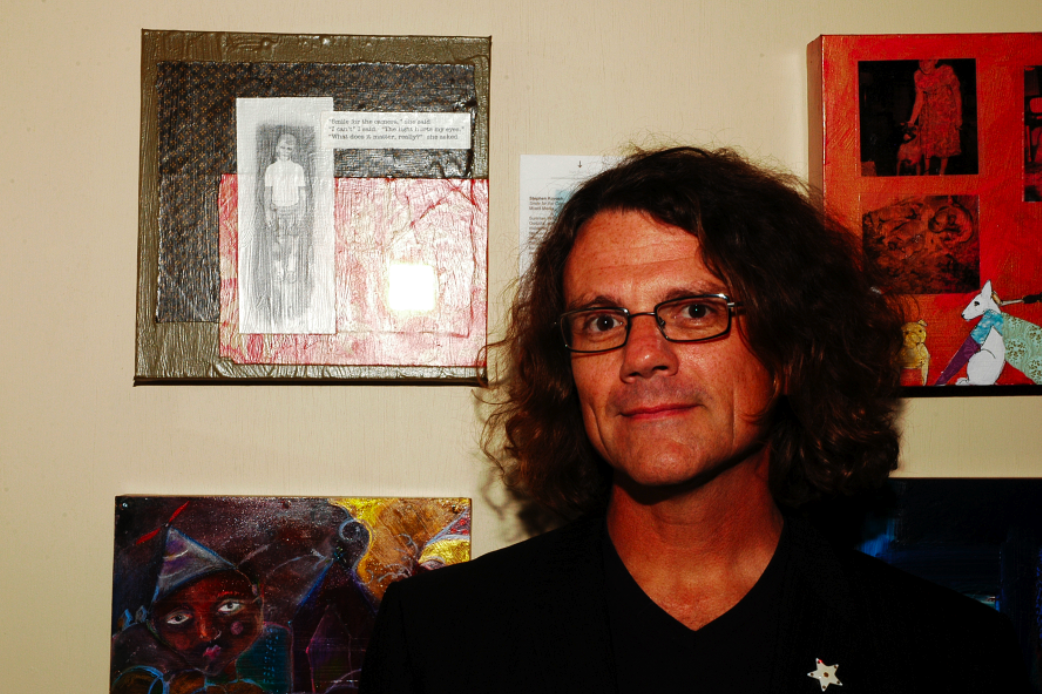 Stephen Kovash is the man responsible for Istvan Gallery. If you've never been to this space, then you need to go Friday night. You'll see glass and art work unlike any other. The gallery also sells glass jewelry and other ornamental glass pieces in addition to the ones featured in the new show.

Carving out an unlikely niche of vibrant arts activities at NW 12th Street and Western Ave., Istvan Gallery prepares to celebrate four years in business with a reception this Friday.

Far enough from the Plaza District to require a car, Istvan and Urban Art often set opening receptions on the same date at the Plazaâ€™s second Friday events. â€œWeâ€™ve latched on to the Plaza District,â€ Kovash says as he explains the timing is meant to encourage more attendance at both venues.

This Fridayâ€™s reception will feature the work of Rick and Tracey Bewley, mixed-media painter Billy Reid, metal sculptor Dan Garrett, and furniture artist Todd Graham. This reception will also mark the first time that Kristen Vails, executive director of the Plaza District Association, has shown her emotional, bold yet delicate paintings of horses at Istvan. These pieces explore the human condition using horses as metaphor, and are created with stark layers of charcoal, latex, and acrylic paint.

Aside from his work at Istvan, Kovash is no stranger to Oklahoma Cityâ€™s art scene. He volunteered for years at arts events like the Arts Council of Oklahoma Cityâ€™s annual Festival of the Arts and OVACâ€™s 12×12. He has served as president of OVACâ€™s board of directors, and currently serves on the board of the Plaza District Association.

Kovash â€œlove[s] grass roots movements,â€ and it is crucial to him that Istvan build partnerships in the community. He has partnered with Cimarron Alliance and the Hispanic Chamber of Commerce on several recent events, and he adds that he â€œwant[s] to be inclusive of any group or person who loves art and wants to be a part of Oklahoma City’s cool art scene.â€

Recently, Kovash took the time to answer a few questions about his work at the gallery:

What was the decision to start Istvan gallery and what were your initial goals?

(Iâ€™m pretending to be interviewed. Wilco is on the stereo. I just gave my aging cat his insulin shot and am getting ready for a day of hanging art and getting the gallery ready for the show on Nov. 11)

It wasnâ€™t a decision exactly. I was born into a family of artists. Brilliant and talented, but crazy in a bad way. Iâ€™ve always been in this world and donâ€™t know anything else. I keep an ever evolving 5 year plan in my head. The Istvan Gallery is another part of my ongoing goal to have ongoing goals.

In terms of it being an actual decision though, I had been managing the gallery of Adrian Thompsonâ€™s Art House Hair Salon for several years and I was approached by Rick and Tracey Bewley. They bought an old building near the Plaza District and were renovating it to house their Art Fusion studios (fused glass), Andy Boatmanâ€™s Blue Sage Studios (blown glass) and they were looking to round it all out with a gallery. They also had long term plans to live upstairs. To that end, they have finally moved in.

I had worked successfully with both the Bewleys and Boatman, putting on very successful shows for both, so I really wanted to put a gallery in their space. I had also recently completed my MBA in Arts Management and I actually did a business plan and put a lot of it down on paper before I jumped in all gonzo (which is what I do a lot).

The numbers did not add up in terms of profit or even breaking even. I was still going to do it, but I would have to subsidize the gallery with â€œgaspâ€ a day job, which is pretty much like what all my artists have to do too. I also had to get buy-in from my wife Christina, who is much more conservative than I am with business decisions. Talking her into it was probably the hardest part.
Iâ€™m not sure I had initial goals other than to get the place open and see what would happen. Of course the business plan had stuff in it like â€œprovide infrastructure for Oklahoma artists,â€ â€œGet people in Oklahoma to buy more original art,â€ and the ever present â€œeveryone in Oklahoma should know an artist and be invited to a gallery opening.â€

Some of my minor hidden/understated/subconscious goals probably included:

1. Learn how to hang art in a real gallery setting.
2. Learn how to do lighting.
3. Learn how to sell myself, the gallery, and Oklahoma art.
4. Learn how to act as an agent for my artists.
5. Find an actual tailor since I was wearing out my two vintage suits. Iâ€™ve worn suits more as a gallery owner than I did my entire career in government service. 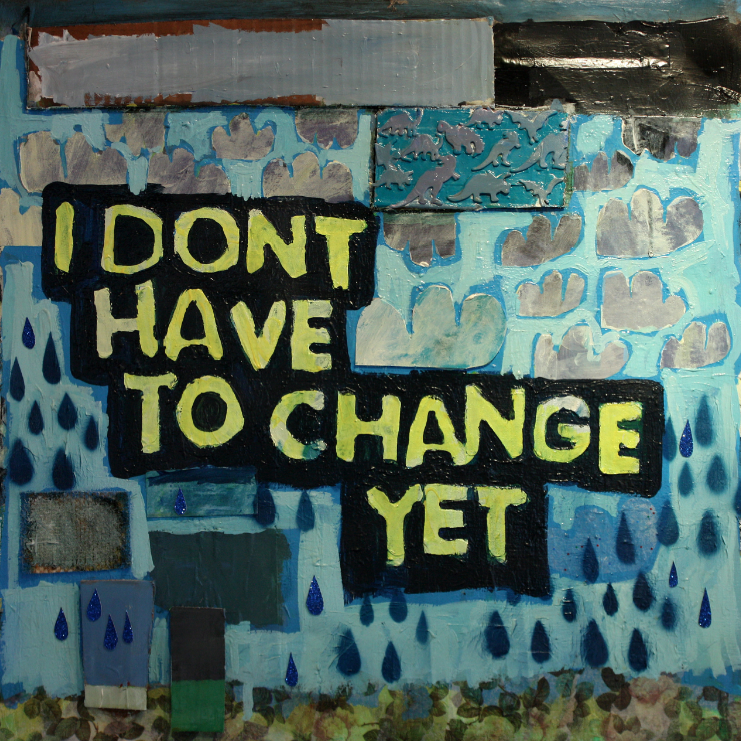 Mixed media art by Billy Reid. Photo provided by Istvan Gallery. (Editor's note: We couldn't help using this photo as segue into the next segment of Jennifer's interview with Stephen.)

Have your goals changed over the past 4 years?

My goals change all the time. (In my head, I am currently anticipating a follow up question to this glib answer).
Iâ€™ve been making a lot of this up along the way. My first show was a success beyond my expectations, but I look back at the things I did (wrong?) and still cringe. I had picked some outstanding artists, but I still had a lot to learn about the technical side of hanging a show. The show was fun, the art was good, but the presentation looked like a curiosity shop or a booth in an antique mall.
I have worked with some excellent curators including Julia Kirt and Trent Lawson. They have taught me about hanging work at eye level and doing the measurements and math to make a show look really good. I thought I could wing it and sort of got away with it for the first show, but I knew the look had to change. Now, the â€œscienceâ€ of putting up a show is one of my favorite challenges.
My current issue is wanting to put up EVERYTHING from a good artist. I have known for a long time that I was overcrowding the walls, and that ideally â€œless is moreâ€ etc. After talking to some trusted artist and gallery owner friends, Iâ€™m starting to think of the negative space issues and am playing around with that.

The goal that involves representing artists as an agent is starting to coming to the forefront now. Iâ€™ll retire from my current â€œday jobâ€ in the next four years, or so, and then I will be able to spend more time and energy representing my artists. Local gallery owners who are also successful agents understandably donâ€™t want to share their secrets so this one will involve a lot more research and practice on my part. I spent some time with some gallery people in San Francisco during their arts market. Surprisingly, they were very helpful. I try to pick up something from everyone.

One of my other business strategies is to include other art forms like: spoken word, live music, film and video, and dance. While we are located in a working class neighborhood, there is no legitimate foot traffic so people have to want to visit the gallery. This is opposed to some foot traffic, in which people who have lunch nearby or people who are out for a day of shopping in a certain district may stop by on their own. Most of our traffic is event driven so one of the byproducts of having StorySlams, poetry readings, and music shows is to bring people in and introduce them to the gallery. Most come back and they usually bring a friend too. Still, if they come back at all, it is because they meant to visit us again. 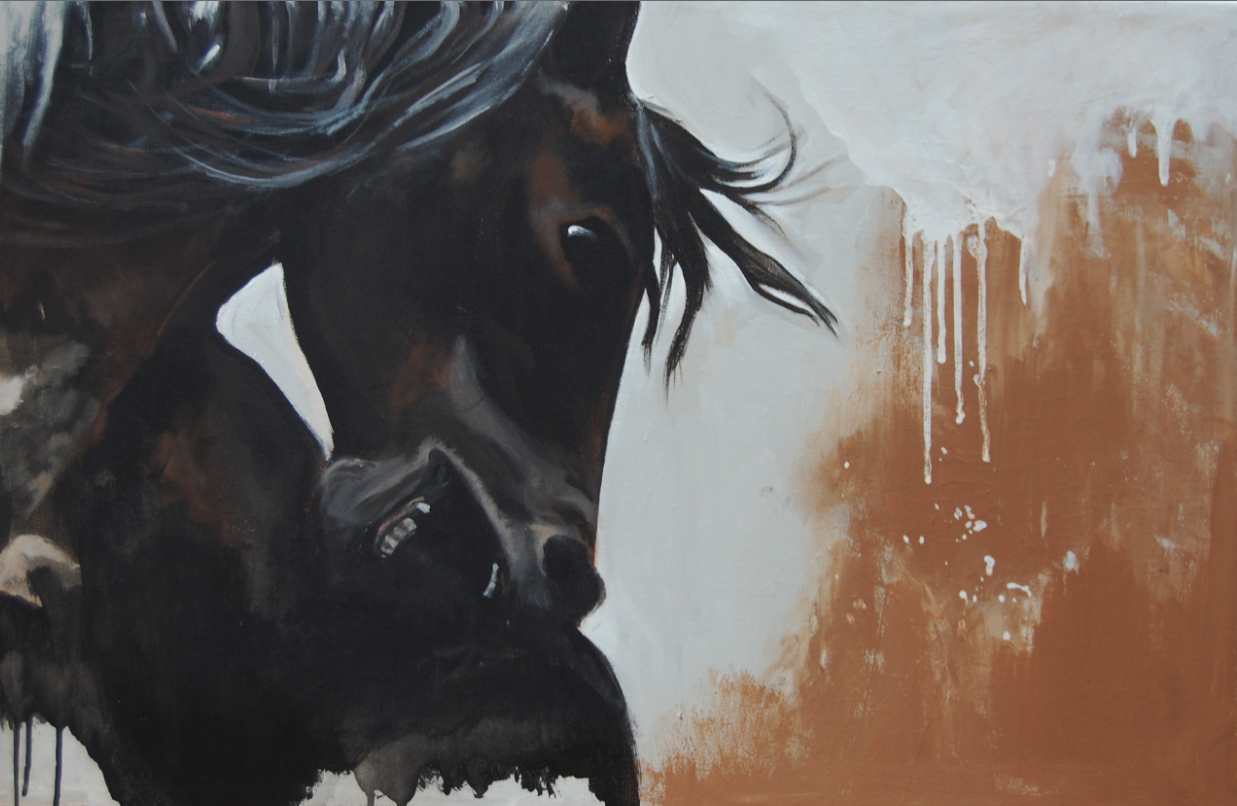 How do you see Istvan fitting into the OKC arts community and what role does it play?

I ask myself that a lot. I feel like we are continuing to grow community here in conjunction with other arts groups including the Plaza District. We focused on building both infrastructure and creating a space where patrons can feel like they are part of the art scene. They get to meet the artists, participate in the events, while purchasing high quality art from Oklahoma artists. Ironically, we have been around long enough to be â€œold timers,” but I still want to shake things up in the future.

What are your goals for the next 4 years and beyond?

I would like to open an additional space in a high traffic area like the Plaza or in some other emerging district. I would also like very much to create affordable artistâ€™s lofts and studio space. 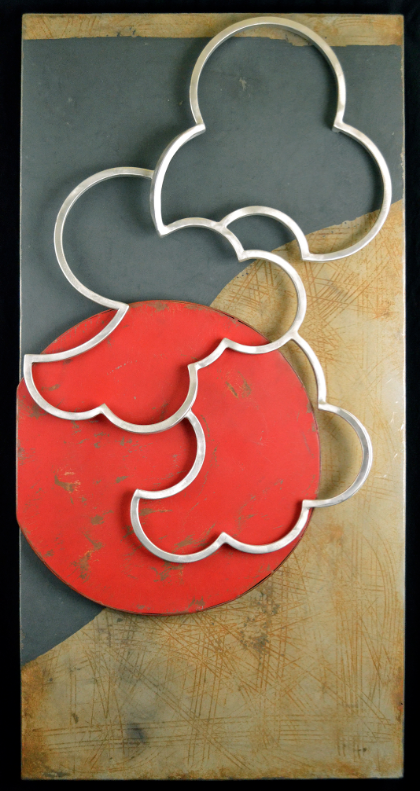 Do you have a favorite story or two from your first 4 years and what have you enjoyed most about running a gallery?

I am currently doing a live remote feed for Fox news. The reporter has never been here and is just stunned by the space. I get that a lot. I think one of the coolest things about this is when I have a new artist doing their first show and they sell something. I also love being in the gallery to hang a show and doing the measurements along with the other technical aspects.

What has challenged you most?

Making the transition from the non-profit world to the commercial gallery world was a challenge. I have good months, but I canâ€™t live off of this yet. Keeping it fresh and selling work is a constant challenge. 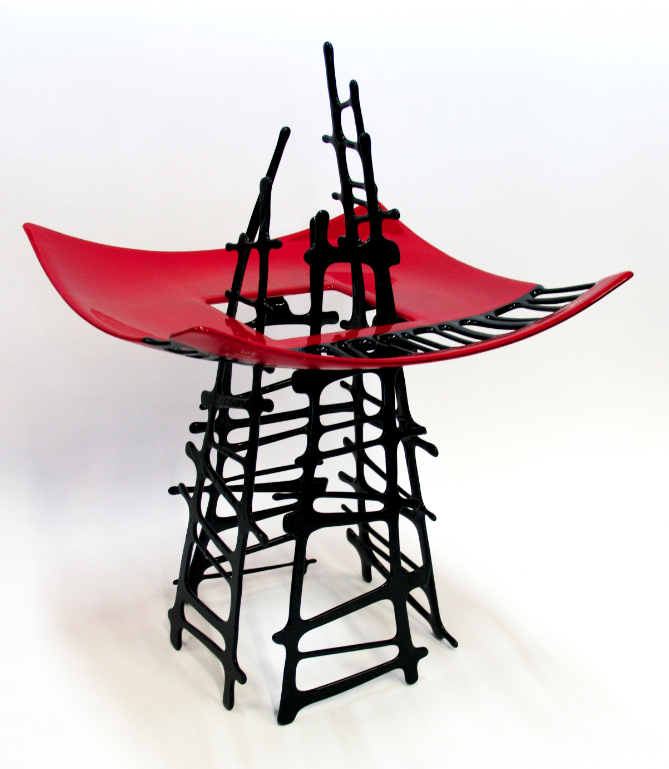 Clearly a fresh piece you won't find at a place like Williams-Sonoma or The Pottery Barn. Fused glass sculpture by artisans Rick and Tracey Bewley. Photo provided by Istvan Gallery.

In addition to artist exhibitions, Istvan seems to embrace community partnerships: Storyslam, Pride in Art, performance/music events, even working with the other galleries at Urban Art. Is this something you planned to pursue or something that you embraced as it came about and what other partnerships/annual events do you feel are important to the character of Istvan Gallery?

As I said before, events are the best way to bring people into the gallery. I also love the community building aspect of it. For our StorySlams, people are together in real time talking to each other one on one instead of using social media. Sometimes they stay for a couple of hours after the Slam is over just talking to each other.

What would you like people to know who have never been to Istvan?

Istvan Gallery is an open and welcoming space. I want people to feel ownership here and that they donâ€™t have to wait for an art walk to come in. I wouldnâ€™t mind it if they bought something.

The opening reception is free, open to the public and will include entertainment, light hors d’oeuvres and beverages. Visitors can also observe glass blowing demonstrations by artists at Blue Sage Studio.