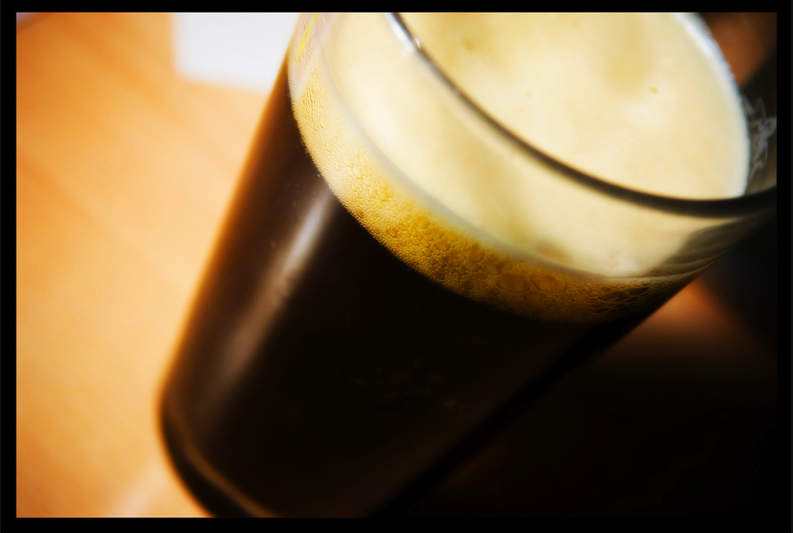 In early March 2010, the Oklahoma Legislature passed House Bill 2348 with a margin of 76 to 19. Despite a bit of predictably overblown rhetoric at the time (Cordellâ€™s Representative Todd Russ warned colleagues in the house: â€œ…if you go to church Sunday, remember how you voted today.â€) this piece of legislation repealed a statute and legalized the craft of home brewing in the state, opening the doors wide to… well, nothing that wasnâ€™t going on already.

â€œIt was really just a technicality,â€ Gail White, owner of The Brew Shop, says with a light laugh. â€œThis shop has been open and successful for 16 years. People have been making beer that whole time.â€ The statute was never widely enforced, though perhaps members of the cityâ€™s active and tightknit home-brewing community were relieved to no longer risk fines of up to $5000 for pursuing this hoppy hobby.

In fact, not only did this legislation have little impact, White states that there has been a noticeable uptick in the popularity of brewing for at least a year or two before the lawâ€™s repeal, a trend that she says mirrors a national- and local- surge of interest in craft beer.

â€œThe amount of people coming into the shop has definitely increased in the past couple of years,â€ White adds, crediting a few different factors. â€œI think people are becoming more aware of craft beers, and there are lots of small breweries that there out are who canâ€™t sell their beers in Oklahoma: New Belgium, for example. Sometimes people will go make runs to Texas or Colorado for something they canâ€™t find here. But a lot of times, they will decide to go ahead and make their own.â€

Community helps, too. The Brew Shop offers free classes in intermediate and advanced brewing techniques, and has started a home-brewing club, one of several in the metro, out of her shop. Independent brewers can take inspiration from fellow members, share recipes, and show off their latest creations.

The Brew Shopâ€™s club- the Red Earth Brewers- has fifty to sixty active members who meet regularly and even compete for the chance to enter national beer contests. When a club winner is chosen, White says the whole club supports that brewer as they go onto the next level. That kind of support, she says, is crucial to promoting Oklahoma brewing in general. Red Earth gatherings also feature in-club theme beer contests and food made from beer. White also serves as president of the Red Earth Brewers.

Of course, a dynamic beer culture needs more than independent home-brewers to thrive. Small and growing breweries such as COOP Ales, Battered Boar, and Redbud Brewing have also made their mark on the local beer scene, opening to great popularity in the past few years. Barely three years old, COOP has set itself apart by not only its wide palette of available brews but its early PR with social media- especially twitter- has helped fix COOPâ€™s identity as a support-your-local type of beer, on tap at restaurants around the city. Battered Boar prides itself on tasty specialized brews such as Coconut Cream Stout and Chuckâ€™s Pumpkin Ale, and is increasingly available in bottles. Redbud Brewing, apparently the efforts of one person, is producing a pale ale that is increasingly available on local taps. So far, each brewery is able to stake out its own identity, but White says there is plenty of room in the city for more breweries. Indeed, many cities our size boast several.

Another benefit to brewing your own is the ability to adjust recipes to your own taste. Many experiment and make beers youâ€™d never find at your local store. â€œSome brewers do things that are way out there- Iâ€™ve heard of key lime pie beers and peanut butter and jelly beers!â€ If you arenâ€™t willing to go that far, there is plenty of diversity. Whether your tastes are drawn more to the honeyed malty flavors of Marzens or the floral, crisp bite of IPAs, robust Imperial stouts or milder Irish stouts, there are recipes waiting for you at any point in the beer spectrum.

Looking to the future of craft beer in Oklahoma City, White mentions other legal hurdles. In Oklahoma, itâ€™s currently illegal to sell beer on the premises where it is brewed if the product is greater than 3.2% alcohol. This law, which may also seem like something of another technicality, means that it is impossible for local breweries to open brewpubs: comfortable settings for tasting new beers. White describes how important the brewpub has been in microbrewing hubs such as Colorado and Oregon. Visitors to Portlandâ€™s Rogue Brewery, for example, can frequently taste beers at its brewpubs which are not available anywhere else, and while they are there, they can sample a varied menu full using Rogueâ€™s signature beers in everything from chili to hummus. The brewpub is a comfortable, accessible way for people to gather and become familiar with new tastes, and it puts emphasis on the social aspect of beer.

Perhaps a reversal of this law would increase brewing, but maybe Oklahoma Cityâ€™s local beers will blaze their own trail through this territory, as theyâ€™ve already had to do within the strictures of the stateâ€™s infamously convoluted liquor laws. It seems like something of a triumph that our craft beer scene has come as far as it has, and maybe the key to Oklahoma Cityâ€™s success in this area will be for brewers to develop their own unique models for a beer culture, without relying on what has worked in other places.

In lieu of brewpubs, White cites a number of local bars, liquor stores, and events as extremely supportive of the efforts of local craft brews. Tapwerks, MacNellies, and Broadway Wine Merchants host occasional beer tasting events, and there is an increasing number of local festivals around beer. She notes again how far this community has come in the past few years.

With the infrastructure of a growing microbrew community, more independent brewers will undoubtedly take up the craft. A few simple supplies, ingredients, (or a pre-assembled kit with everything you need) and a little patience – most beers take a minimum of three weeks from the day you prepare the wort – you, too, could become an independent home-brewer.

Through the booming popularity of brewing, the Brew Shop has been a friendly stop for aspiring home-brewers. This small store at the southeast corner of 36th and Pennsylvania has been in operation for 16 years, and for the past two, Gail White has been at the helm. Willing to take time with each customer to answer questions and locate specific ingredients, White and The Brew Shop represent the best of keeping it local- creating not only a happy and loyal clientele, but supporting a growing culture.

That is worth lifting a glass.

One comment to “99 Bottles of Homemade Beer On The Wall”